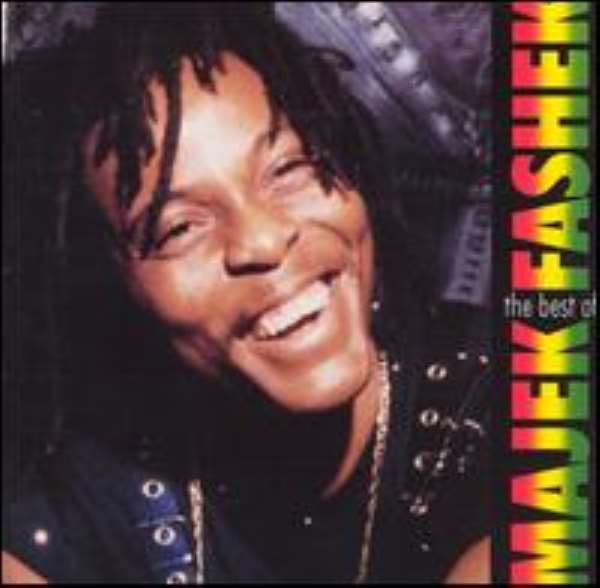 The front man of November Records, Charles Novia has opened up on the current health condition of his artiste,Majek Fashek,the rain maker who was alleged to be in a critical state.

Confirming that the reggae star is presently in New York where he's a citizen.

Excerpts from the interview;

What is the condition of his health at the moment?

I am not a doctor but I must state here that I am in touch with him and for the past few years, I have taken him as my personal crusade.

I believe in him and his ability to overcome his travails.

Majek is battling alcoholism. Not drugs. I repeat, not drugs.

He is a self-confessed alcoholic. I have personally paid for his treatment and rehabilitation twice with the cooperation of Azuka Jebose Molokwu, a good friend and manager of Majek,who lives in America and very passionate about Majek as I am.

Somehow, Majek crashed after a few weeks out of rehab.

People must understand that the man is fighting a huge personal battle. He needs all the encouragement he can get and not the derogatory comments many are passing round about him.

Majek can still be redeemed. But it is my personal belief that a very strong, spiritual redemption has to be included in his recovery regimen alongside the medical rehab.

But there was a report that he might die very soon?

Majek is dying was one silly headline screamed a few days ago in a daily entertainment paper. The power of life and death is in the Hands of God.

God decides when we arrive and exit earth. I am a perception Christian, by that I mean, I understand the totality of God's redeeming grace in our lives.

Majek is presently in God's Hands. It might sound funny to a lot of people but I am deeply convinced that the sole reason he is still alive and fighting today is because of his very deep knowledge of God and the Bible as he has a background in the Aladura church and other Pentecostal churches.

His songs are always positive. Even as he has been influenced by negative forces over the years, Majek has never given up on spreading the gospel and that is why he is a reggae gospel musician. So, what he is battling in the spiritual is the infraction between his first calling (which was to be a modern day John the Baptist) and his leaning towards the ways of the world which has moved him into an island of physical bewilderment.

He once told me that his calling is to spread the message of God to the world through his music. This might sound rambling to many but to the discerning, it is very deep.

What steps are being taken to rehabilitate him?

Medically, we have been doing a lot. But you must understand that the first step towards healing starts with Majek himself. You cannot force a horse to the stream to drink water.

Moreso, there are limited actions I can take as I am not a member of his immediate family.

There are medical papers to be signed by next of kin and all that stuff under American law and I don't have such powers to take that decision.

But the much we can do, we have been doing. And I will keep doing. My belief and passion for Majek is something I can't describe. He's one of the greatest artistes alive today, despite his travails.