How Mercy Aigbe emerged the hottest on men chasing list 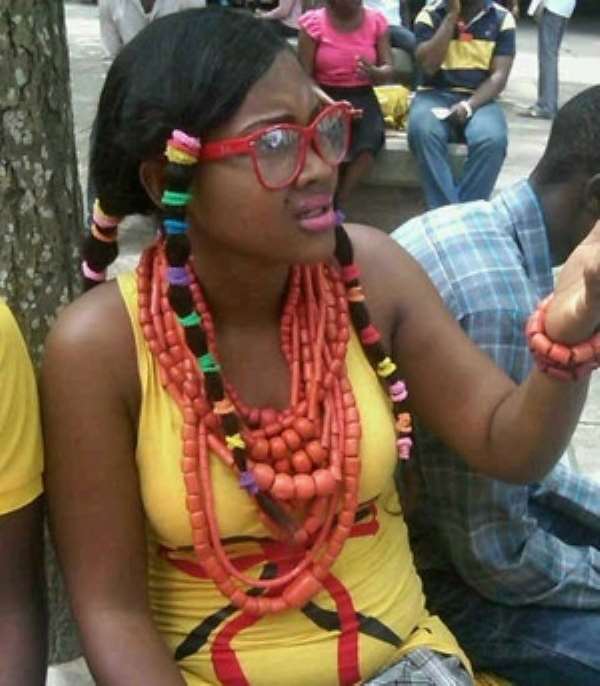 The way Mercy Aigbe blew in from the English movie sector into the mainstream of the Yoruba movie sector is still amazing. The Ex-Convict movie actress has surprisingly invaded the industry, becoming one of the hottest actresses to compete with. She has continued to dazzle her many fans with good acting skills with great interpretation of movie role, an attribute that has turned her into a general in the make-believe world.

With her career soaring high, she has also emerged a fan of several men who would stop at nothing to be her pal. But now having hooked into the hands of a hotelier called Larry Gent in a second marriage attempt with two kids to her credit; a nine-year-old girl (Michele) and a-year-old boy, these men would have to face a very tough challenge.

But despite that, thorough investigation conducted by Weekend Showbiz revealed that she is still the hottest on men chasing list among the Yoruba movie actresses. An influential London big boy was recently said to be determined to have a feel of the actress and was making a frantic effort in actualising his devilish aim by contracting some of her colleagues.

Aside her beautiful figure and sexy looks which have left many being at her mercy, what has lured these men to her mainly is her accommodating spirit. A fellow actress hinted under anonymity that while some actresses frown at approach by men, Mercy is always calm and with a listening hear, though that does not mean that she would agree to their proposal. “I must confess to you that I have worked with different kinds of people but Mercy is very friendly. She is a woman that carries herself with badge of honour, an attribute that has distinguished her from other arrogant actresses who carry themselves above their shoulders. Tell me which man won't want to come closer to such a lady?” the fellow actress who is also proudly married concluded.

The actress who made her debut as a movie producer with the sitcom, Abimbola, is always a delight to watch. A steady captivating smile which brightens her beauty is another ingredient the actress has also been able to use in charming her onlookers.

Just penultimate week, at the birthday gig of a soft-sell magazine editor held at 10' Degrees in Oregun, Lagos, she was the cynosure of all eyes even in the company of her husband. She was decked in a fitted black gown, pouring out smiles to whoever comes her way. It was no surprise then seeing some fans accosting her under the disguise of appreciating her noticeable acting prowess.

An insider squealed that the hotelier, whose first wife resides in Dublin, is not in any mood to lose out his most cherished woman to anybody as he would be ready to give that person who dares a very big fight. We were reliably informed of how he has been pampering the movie diva with lots of items even before she was delivered of a bouncing baby boy the actress had for him. It has been awesome how he has changed the life of the actress ever since destiny brought them together as she now controls a large chunk of the man's business.

Further findings also revealed that the hotelier, who was reportedly said to have wedded the actress in a traditional wedding in Benin City last year, is not showing any form of laxity about his relationship with the beau as he is doing everything possible to wave off likely suitors.

Those in the know affirmed that he has some spies in the movie industry, watching over the actress.

In times past, the Benin girl had been romantically linked to foremost Tungba singer, Yinka Ayefele and Kelvin Ikeduba, but there is no clue as to whether she is currently dating anyone outside her marriage. Sources hinted that actress who has never stopped showering praises on her husband for the care she receives from him is also very careful in her dealings with men these days in order to keep her marriage intact.