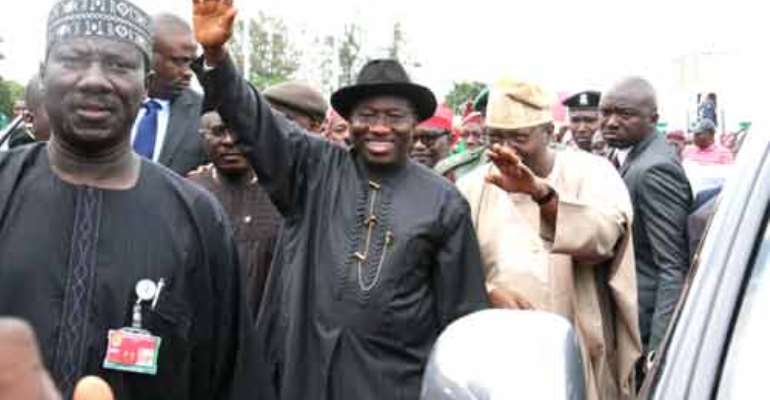 Jonathan defeated Abubakar Atiku with a wide margin as earlier expected and reported on Saharareporters.

According to Professor Tunde Adeniran, the returning officer, 3542 votes was cast during the primary. Goodluck Jonathan scored the highest votes by scoring 2736 votes representing 78% of the total votes cast. He was trailed by Abubakar Atiku who scored 805 votes. Mrs. Sarah Jubril scored one vote (meaning she was the only person who voted for herself throughtout the election). A total of 61 votes were voided and nullified.