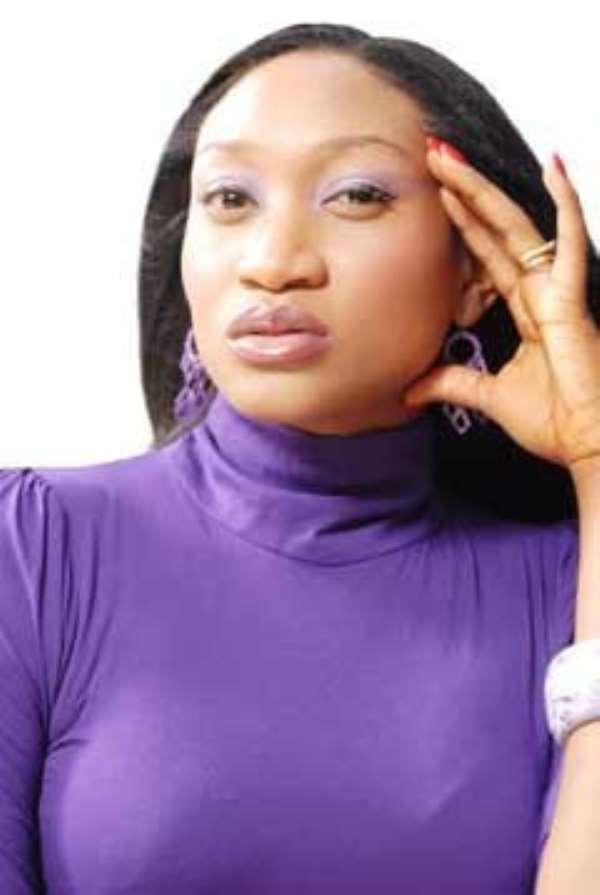 Nollywood diva Oge Okoye was the cynosure of all eyes last Tuesday at Amuwo Odofin branch of Zenith Bank.

The actress who has been swimming in one controversy after another in recent times was at the bank around 1:00 pm to do a transaction and all eyes were on her.

It was obvious they were not looking at her because they have not seen her before or that she is a star actress, but because she wore an unbelievable white skimpy gown that did little to conceal the inner contours of her body frame.

Pretty Oge,on her own, remained aloof with all the attention.

One observer was overheard saying little wonder she is having problem with her marriage.