I Don’t Stay In A Hotel —Mercy Aigbe 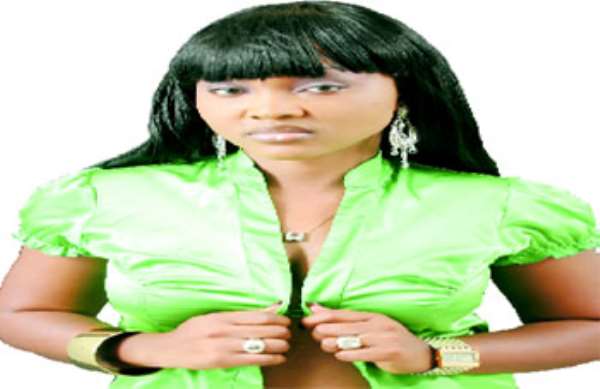 Information at http://nollywoodgists.com's disposal indicated that the actress now stays in the hotel and the only time you cannot find her there is when she is on location.

A close source said: “She has been staying here for months, no doubt about that. If she denies this, she should tell us where she resides.”

Other sources who spoke to http://nollywoodgists.com confirmed that Mercy, who is romantically linked with the owner of the hotel, has been living in the rendezvous for a long time.

The source stressed that even if Mercy will deny dating the hotel owner, she cannot contest the fact that the place has turned to her permanent residence.

However, when http://nollywoodgists.com called the actress on her mobile phone, she denied having a permanent suite at the hotel.

“How can people say that I don't have a home?. Does it mean that I can't afford to rent one or what? My brother, please this information is not true,” Mercy said.

She however gave her phone to a man who claimed to be the owner of the hotel. The man said Mercy is a big girl who can afford to rent a house in any part of the state.

The actress, who introduced the man in question to http://nollywoodgists.coml on phone as her husband, said the rumour is the handiwork of her detractors.