Nollywood: Seeking to reinvent itself 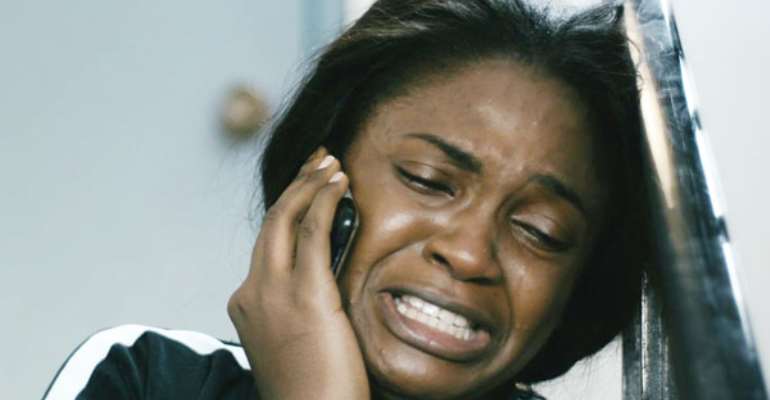 Despite the lull that the film industry has experienced in the past two years, there is a kind of rebirth in the air. A thematic and stylistic paradigm shift brought about by the arrival of some movies bear the flag of this rebirth.

First, some of Nollywood producers are going the path of international collaboration in order to up the standards and impact. Also, the musical scores of some of these movies have become top notch as they feature carefully composed songs which reflect theme. This development can be said to be a response to the yearnings of fans tired of redundant storylines, poor technical quality, lacklustre and half-baked storylines.

Besides pairing Nigeria's Omoni Oboli alongside an international cast that include Sam Aarpong, Terri Oliver and Santiago Lopera, Anchor Baby touches on migration issues, one that has hardly been extensively featured in any Nigerian film. The movie employs good use of suspense and believable stunts which work well against the backdrop of a well thought out script.

One thing Kunle Afolayan's Figurine has working for it besides the crisp pictures and brilliant camera angles is its soundtrack.

Provided by the New York-based Neo-soul Jazz artiste, Toba Gold, the soundtrack is apt and striking for the movie's theme. Interestingly, the emerging trend in Nollywood was the topic of discourse at the Art Stampede recently organised in Lagos by the Committee for Relevant Art, in collaboration with the iREP Documentary Film Forum. After a careful examination through an interactive public forum with stakeholders, many re-echoed the fact that a new Nollywood was emerging. Although by Nigerian standards, some of these movies are considered to be of big budgets, critics say in real terms they do not come close to the average Hollywood movie in terms of cost. There may however be no basis for comparison since the American film industry has in place tested structures and framework that encourage and reward film making. So, the shortcomings notwithstanding, a crop of film makers are aiming at movies with quality production values, good strong narratives and stories that can make it to international festivals.

“When I was shooting Champions of our Time, I was not looking at the Nigerian market. In fact I made a movie that I could enter for international film festivals,” boasts movie producer, Chidi Nwokeabia.

Expectedly, the industry is beginning to grow and attract positive foreign attention, due to the influx of producers and directors who have learnt to take their time to tell a story. Not surprising, the overall improvement in the quality of movies by a few established film makers has resulted in a boom in box office records.

Chineze Anyaene's debut movie, Ije, for instance, does not only parade Nigerian and American cast, it is said to have broken box office records.

Producer Emem Isong, who, prior to this time, only released movies in DVD, has also been bitten by the bug. “I experimented with the cinema route with Guilty Pleasures and it made three million at the box office which was shared. I love the glitz and glamour which comes with movie premieres and I shot for six weeks. Entertainment, sensationalism and drama is important in any movie and that is what I have strived to achieve with my movies,” she says.

Isong is also trying her hands out on yet another ambitious project with a dance movie titled I'll take My Chances. The film is co-produced with Ini Edo.

“There is the need to compete internationally, to return Nigeria's movie scene to a neo-golden era and thanks to the awareness on the need for training. The filmmakers could also have noticed that most Nigerians are fed up with the same low quality stuff that was the order of the day and so changed track.

However we can actually say the resurgence is mostly in the English speaking industry, considering of course that practitioners in the Yoruba movie sector have always been experimental and innovative with their storylines,” opines film critic, Aderinsola Ajao. Based on a popular Idoma folk tale, Inale explores the musical genre synonymous with many films from Hollywood and Bollywood and was hailed as a breath of fresh air.

It stars US-based, Nigerian born actors, Hakeem Kae Kazeem and Caroline Chikezie and came to fruition with input from three major players: the Nigerian music legend Bongos Ikwue, his daughter and producer, Keke Ikwue, and director, Jeta Amata .Borne out of a desire to promote her father's music, Ikwue says, “While working on my father's new album, one track struck a nerve in my mind. The track was titled “Inale” and with this I approached my friend, Jeta Amata, and the rest is history.” Like a few other Nollywood movies, it was shot on celluloid and made history as the first Nigerian musical film to be shot on that format.

Challenged and encouraged by the wind of change slowly sweeping across Nollywood, actress and producer Stephanie Okereke enrolled in the New York Film Academy in order to try her hands out behind the camera. Upon graduating, she experimented with a romantic comedy Through the Glass. Although, not a popular movie genre in

Nigeria,she took a shot at it. “When I was about rounding off my studies at the New York Film Academy, I said to myself that I had better not come back to Nigeria empty- handed. So I decided to shoot Through the Glass with help of some movie professionals in the states and I am glad it worked out. The box office's response was amazingly encouraging,” reveals Okereke.

Citing distribution and training as major issues plaguing the industry, she believes co-production with experts is the way out. As Nigerian movies become trendier by the day, a crop of actors and practitioners, struggle to win the heart of their fans by churning out good stories. Now, more than ever, there has been good employ of suspense and a gradual death of “the part 1 and 2 syndrome.”There is no contesting the fact that Nollywood has come of age and enjoys a large following all over the world.However filmmaker, Kunle Afolayan has some advice for the industry “Viva Riva which carted away the most awards at the AMAA took seven years to write. A foundation of a good film starts with the script. Figurine, for example, was worked on for four years and I finished the first draft five years ago. If you must produce a good film, you must pay attention to the script because it can make or mar your efforts.”

I haven’t said NPP is Majority in Parliament – Bagbin clarif...
44 minutes ago