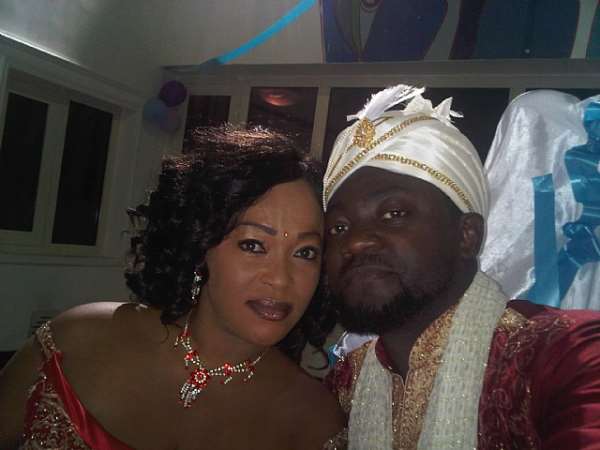 For most Ghanaian movie stars, it has always been their wish to go to Hollywood because it is the largest film industry in the world but as to if most of them have ever dreamt of going to Bollywood, it is a big question for them to answer.

Kalsoum Sinare who just won the best supporting Actress in the recent ZAFAA Awards and was also nominated for best actress in supporting role in the recent Ghana movie awards has been able to make it to Bollywood.

Initially she wanted to hide it from the media but after a bird whispered into our ears that she is in Mumbai shooting, we tried to get her soon as she came to Ghana. Although she did not want to give more details about the movie and to share some of the experiences she had there with us, she confirmed that it was true that she went to shoot a Bollywood movie with Yemi Blaq and other Bollywood stars. As to how she had the contract, she said she had a call after the ZAFAA Awards from a Nigerian producer Lillian Bach and that is how it all began.

When we asked her if the actors and actresses she starred with in the movie are Bollywood stars, she answered by saying “My brother the only thing I can say is they are actors from Bollywood and I can't recollect their names because am not good in keeping names”.

She use this opportunity to refute rumors going round on the internet that she has joined the nude movie trend by saying the is a difference between playing a romantic role and going nude, also said that she will never go nude or show her breasts in any movie even if she is being paid billion dollars.

She however stated that she can't advice any actress on nudity or sex scenes because everybody has his or her own vision of coming into the industry.

She only noted that everyone should do the right thing.Kalsum Sinare who is married to Tony Baffoe a retired footballer added that she has had the experience of Bollywood and will also be happy to experience Hollywood.

Bollywood is the informal term popularly used for the Hindi-language film industry based in Mumbai (formerly known as Bombay), Maharashtra, India. The term is often incorrectly used to refer to the whole of Indian cinema; it is only a part of the total Indian film industry, which includes other production centers producing films in regional languages.[1] Bollywood is the largest film producer in India and one of the largest centers of film production in the world.

Bollywood is formally referred to as Hindi cinema.There has been a growing presence of Indian English in dialogue and songs as well. It is common to see films that feature dialogue with English words, phrases, or even whole sentences.