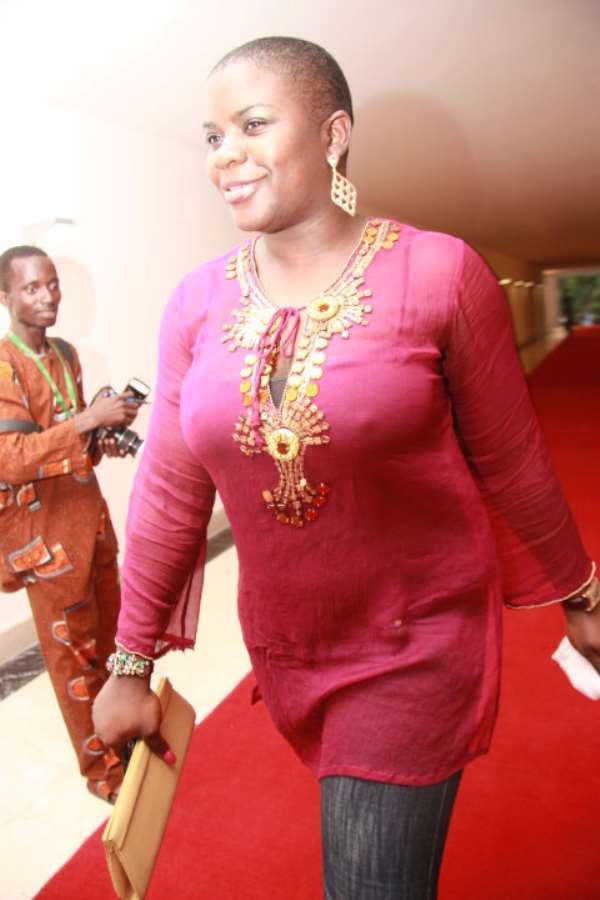 Kate, the estranged wife of the presenter of Who Wants To Be A Millionaire, Frank Edoho, is keeping mum over issues relating to her supposed crashed marriage. She told E24-7 Magazine on Friday during a telephone chat, “ I`ve never commented on it, I won`t comment on it.” Kate went further to say that she has nothing to say about her failed marriage widely speculated to be troubled in the media. E24-7 had called to confirm alleged reports on Facebook that she has been placed on N250,000.00 per month by Frank to support her and their
three children. She also denied having a programme on radio but hinted that she has a lot of things on her hand presently. Last month when the rumour mill was agog with tales of their separation, Frank told E24-7 that they were mere media speculations and assured that he would attend the Encomium Black and White Ball with his wife. But, alas, Frank walked alone that night. When asked Kate's whereabouts, he was quick to say, “It has been a very busy day for me, the traffic has been crazy and I have been recording all day.”