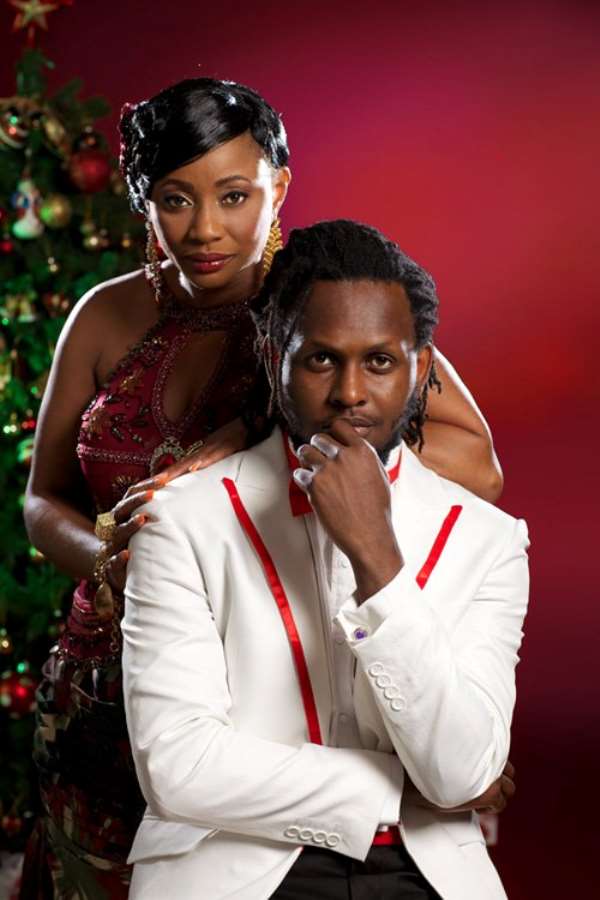 Recently, Clarence was arrested around Omole area of Ogba by some policemen and taken to Area G police command.
The dreadlock wearing guy was arrested for disobeying traffic rules and driving without the required vehicle particulars and invalid driver's license.

According to sources, Clarence was detained at the Area G police Command for several hours after which he was allowed call his mum, who rushed down to the police station to rescue his darling son.

However, a drama ensured soon after Clarion's arrival as officers allegedly declined releasing the son on bail much to the chagrin of the star actress. Clarion who is noted for her attitude had taken the officers to the cleaners with her vile remarks which made the policemen not to heed request for her son to be released on account of her own recognition.

After hot exchange with the officers, Clarion purportedly put a call to an high ranking police officer who ordered the immediate release of the poor chap. The direct needed to get her son off the hook and she surely got it to prove to her son's 'captors' that she surely belongs to the class of women who can open any knotty doors in this country.

Clarence is the love child of Afro-juju crooner, Shina Peters. Over three decades ago Clarion fell in love with Shina Peters on the set of a Yoruba epic movie titled Olowolagba in the 80s. Clarence is the products of the relationship between the ace musician and the star actress.

Regulatory agencies to begin random checks at offices to ens...
12 minutes ago