My street life, a boost to my musical career – Jaywon 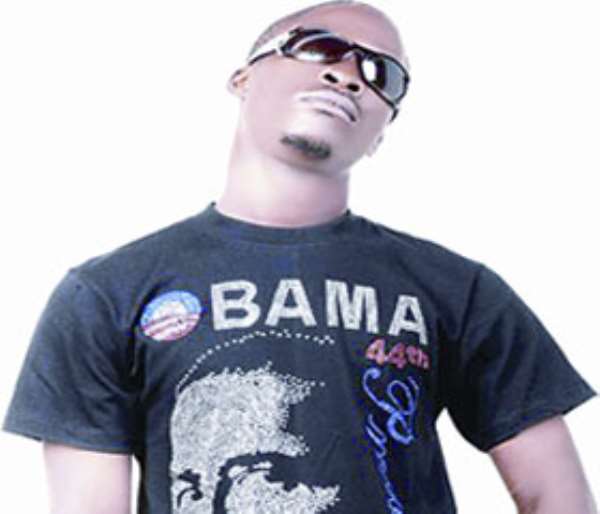 From living in the street, James Oluwajuwonlo Edahi, popularly known as Jaywon, broke into the music industry with the hit song 'File Be'. He recounts the story of how Kennis Music gave his music career a boost, his journey into music and other issues.

You were picked from the crowd…?

I was discovered during the 2009 Easter Music Fiesta. There was this artiste I've known before that I met there. So, I approached him and told him that I'd like to perform too. He said he'd seen one of the collaborated songs I did with an artiste and that he liked it.

He told me he'd help me. And that's how I was allowed to perform before the crowd. I didn't go there with my CD but I performed excellently and the crowd loved my performance.

Other artistes came armed with their CDs, but I sang without my CD.

How many minutes were you given to perform?

I was given about two minutes to perform. After my performance, the artiste whom I shot a collaborated video with was invited on stage. People already knew his song, so while he was singing, I went on stage to join him and we performed the song together.

People loved the song, they screamed and responded to whatever I did and Keke was behind the stage, watching the response of the crowd. After the performance, he asked for my number, I gave it to him and he said they were going to get back to me.

Did he get back to you?

Yes, he did but it took about two weeks before he did. I couldn't sleep, waiting for his call. Before he finally called, any time my phone rang and it was a strange number; I would quickly pick it up.

So what went through your mind when he finally called?

I just knew that I was blessed. And I kept praying because when I came to Lagos as an artiste, I never dreamt that I could have something to do with Kennis Music.

And how did your friends react to the good news that you were with Kennis Music?

Some of them just told me that they believed in me and knew God would do something good for me.

What has the experience been like with Kennis Music?

The experience has remained memorable. When I joined them, I saw a lot of different things that people don't really take notice of.

People don't really know that Kennis Music is a business venture that partners with artistes. All what people say is that Kennis don't care about artistes. But thats not true. here at Kennis, everybody works together to make things better.

And when the single finally dropped …?

Yes, it was the File Be song that brought me to where I am now. But the one I performed at the concert was my own version of the song but when I was signed on, it was turned around. They had to record the song all over again. A lot of ideas were shared to improve on the song.

What happened to Jaywon since his debut?

Everything has changed totally. Back then, I was living a street life, struggling and doing a lot of stuffs to pay for my studio recordings and put food on my table. I came from Abuja to Lagos because of music.

And what were you doing in Abuja before relocating to Lagos?

I went to Abuja during my industrial training after I completed my Ordinary National Diploma programme. But it was difficult getting a company to do the one year IT, because there were too many students who were also searching for a company to do theirs.

And when I finally got one, the money wasn't enough to even take care of my transportation. But what was in my head than, was music. So, I had to quit the job, and searched for another job that will fetch more money for my studio recordings. After working for about three months, I was able to record three songs in the studio. I also went to shows and raised little money to help myself out.

Did you know anybody in Lagos when you arrived?

I knew a lot of people but Í didn't want experience what I suffered in Abuja, so instead of going to them, I chose to live in the street and thank God it worked out.

Living in the streets must have been a hell…

It was a hell, finding a place to sleep and what to eat. Because the streets of Lagos is where nobody cares and you have to take care of yourself. And I had to be careful too because back then, I'd heard negative stories about Lagos.

But I didn't get myself involved in shady businesses. I went only to places where I needed to hustle to get some money. If I wasn't hustling, I'd be in the studio recording or in the company of other artistes like

Sound Sultan. I knew why I relocated to Lagos and I remained focused.

Were you performing with Sound Sultan?

No, I had opportunities of only meeting him in the studio where we chatted. And he's one of the people whom after listening to my songs, acknowledged that I was good. So, I appreciate him because he's done a lot for me.

How many tracks do you have in your first album?

I have thirteen songs and three skits and an intro.

What about the video?

Two. But funny enough, a lot of people don't know that I have two videos because I'm passionate about everything I do, even when I collaborate with other artistes. I sing every song like it's mine.

Were the collaboration videos your idea?

A lot of them were my ideas. I own the original idea to some of them, like the Jawo Jawo- I wrote the hook line of the song and I don't treat collaborations with levity. I noticed most artistes don't get serious once it's not their songs.

Most of them believe that since the owner of the song will be the only one reaping the money from the song then, they shouldn't give their best. I believe that in whatever song I sing or video I appear in, whether it's mine or not, helps to sell me too.

Many things have changed.

Yes. I can now take care of my mother, myself and my family.

Are you the first child?

I'm not. Everything that I have today is because of my mother. When I lost my father things became difficult for us. But she is hard working and didn't allow us to really feel the absence of our father.

And at the end of the day, it happened that we were better off than some of our neighbors who had both parents because they'd come to eat in our house most times.

Do you have any new album?

I have a new single titled Chinco Angel. It's a love song but the video isn't out yet. My fans nicknamed me Oba Oni Chinco 1 of chinco kingdom. I thank God that everybody is loving it. I was excited when I got to Benin and my fans sang along with me while I performed it on stage.

It was the same feeling in PortHarcourt and Abuja. But I'm working on the album and it will be out soon. I'm also played a role in the Dargrin's movie too and that will also come out soon.

What's your love life like, do your female fans bother you?

They love me but I make sure that they understand the difference between Jaywon on stage and the real me. Because many of them who claim they love me still ask for something else.

As for the female whenever they come to me, I try to find out the purpose of their mission. Besides, whenever they are around, I tell them that I'm married or that I have a fiancee. But I'm single but married to my music.

I''m very busy and don't have time for such things. I need to put a lot of things into place before I can even propose to a lady.

What are your challenges at this stage of stardom?

I don't see my problems as challenges. I see them as things that I must go through before I get to where I want to. There were times I went to perform in shows and the audience didn't respond well. All I do is to forget about such experience and move on.