Nollywood is too big to die’ 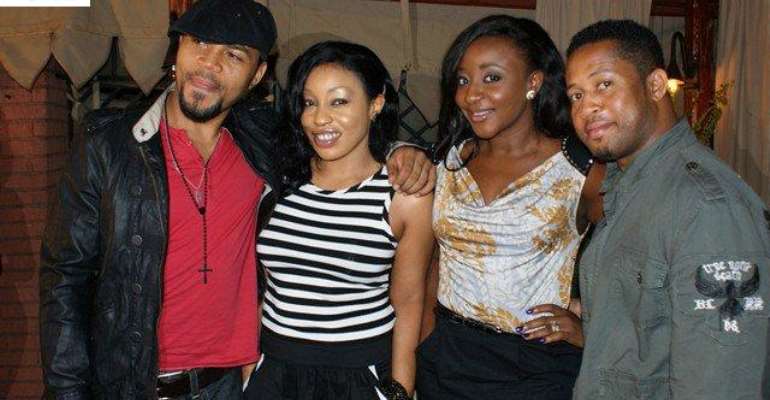 You were full of eulogies for the Nigerian film industry popularly known as Nollywood. Why?

It starts with the fascination of Nigeria itself. When I first came to Africa, even before I came to Nigeria, I was travelling around for a long time, and, just talking to ordinary people on the streets and on public transportation. I was very interested in, and, admired the kind of stories they told and the way they understood things. And so when I came here Nollywood was just beginning. This was almost 20 years ago.

And I found an art-form that had those qualities that was really coming not from the elites, but, on stories on Nigerian life and their world view. That I found interesting. And it still interests me now.

Every time I come back. I find so many things have changed a great deal; even though some things are the way they were at the very beginning but I find that Nollywood has really grown.

Compared to Hollywood and Bollywood, do you think the Nollywood has what it takes to become a major player in the world of movies?

Nollywood is too big to die. It has a future. It is a really strong cultural form, and a really big business that would keep improving. There are two things involved that would make it a major player in the future. There is the industry and then the film culture, which is a whole way of telling stories; kinds of plots; genres; and characters, etc. And I think these are all here to stay. And I think it's going to keep evolving. Yes, it would change: some things would get better, I hope. I think we are really seeing a major cultural form here. And we need to be paying it the attention it deserves; people need to take it seriously; which is not to say that we have to pretend we like every single thing about it. No one, even those in the industry, is happy about how things are. Everyone wants it to get better.

My work on Nollywood is not to say this is good or bad, but simply to understand what is going on. At the conference, I talked about 'campus films' and tried to describe the genre of films set on university campuses in several different ways. I was trying to talk about that evolution that genre in Nollywood. I talked about the characters, plot types; and trying to show various angles of the presentation of the themes associated with it. But I was also talking in terms of segmentations of the market. Within the last five years or so, people have seen that there is a new and young generation that has money. So if you listen to the radio there is hardly anything on it that is not directed at those young people, even the game and reality shows. There are a lot of cultural forms now and that is getting expressed in Nollywood. That was not where Nollywood was previously selling its films. It has not that aspect of the market in mind, until very recently.

As a researcher into the history of Nollywood, how has been its growth progress?

It has been evolutionary. The themes keep changing. You have the ritual films, then the comedy films and then the romance; and like I said in my lecture, the campus films only appeared at a certain point. And so, new things like that are being developed. It is not like things are always the same, but, there are also deep structures and approach to how they tell a story; certain kind of characters. They do seem to be very deep and do not think they will never go away; new things may be added. And then, professionally, things have gotten much better. The camera-works over the last few years is much better than it used to be. You now have thousands of people who work everyday as professionals and they get better. There are also the problem of 'getting your money back from a film'; which often mean they are made much to quickly; the budgets are too low; the script are not as good as they should be because the scriptwriters are not paid enough to have the time to make them good.

However, there is room for improvement. Things are improving. You have people such as Kunle Afolayan and his peers, who are trying to take it to the next level; and are exploring ways in which that could be done. I think there is lot potentials here.

You talked about some filmmakers like Kunle Afolayan and Tunde Kelani not like associating themselves with the Nollywood. Why is that?

TK comes out of a tradition that was older. He was already fully matured as an artist before Nollywood started. He is a more-rooted Yoruba tradition; NTA; layers of influences in his career. He was already himself before Nollywood began and he works much more slowly and carefully. In the first place, Nollywood is a marketing system. And he is outside it. He has never been inside. Sometimes, his films got pirated by it; but he has other ideas about how to distribute his films to get his money back. So in those very concrete ways he is right. But you cannot really talk about Nollywood without talking about TK because he is such a powerful example and people admire him as they should. But he is not contained within it. It is fair for him to say he is not one of those people.

And Kunle is the same. His family has deep root in the entertainment business; but not in Nollywood. And then, he came up through working with TK. He trained as a banker. So he does not fit the profile of the usual Nollywood personalities. He's raising money for his films in a different way. Like TK, he has a bigger budget; and works more slowly. This means he must find different ways to get his money back: theatrical distribution going abroad; and showing it in film festivals. He cannot just release his film into the market just like any other film. And he is not alone. Everyone knows about this.