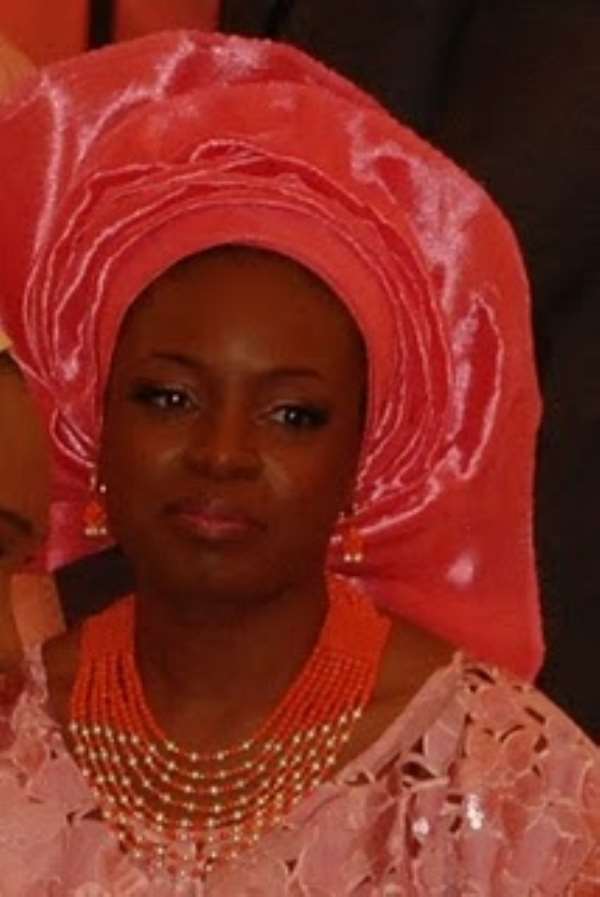 Oyin Adenuga is one of the pretty daughters of Otunba Mike Adenuga. Last year there were rumours round town that she was engaged to be married to man about town, Wole Aboderin. Oyin who never speaks with the press, broke her rule and spoke with a City People reporter about the engagement saga.

Excerpt:
There was a time news broke that you were engaged to one Wole Aboderin, it was later denied, what happened?
Oyin: “I was in Atlanta last year June when I got a call from a friend in Nigeria saying there was a newspaper article written about me that I was engaged to a Mr. Wole Aboderin. At first I thought it was a joke. My friend had to take a picture using her phone to show me the article. When I saw it, I was in a complete state of shock. Wole Aboderin is just an acquaintance. I've never gone on a date with him or ever gone out in the company of him. The photograph of us together was photoshopped.

How did you meet him and did he make any advances towards you?

After reading the article, did you do any investigation?

Oyin: “Yes I did. My family and I found out from reliable sources that it was actually Mr. Wole Aboderin that got journalist to put this false story in the newspapers.”

What do you think are his reasons for doing this?

Oyin: “I felt that he did it for 4 major reasons. The first is that he is someone that is obsessed and doesn't have any control over his emotions.

The second is that he wanted to change his image and felt that by making this story up, it would change people's perception of him.

The other is that he's someone who enjoys the attention of constantly being in the media.

While the fourth reason is that he doesn't want me to get married.

What are the things he has done in the past?

Wole Aboderin has stalked me for the past six years. He's befriended people whom he felt were close to me to get close to me.

He's memorised my car plate number. Whenever he sees my car at a function, he usually goes to the security guard to find out how long I've been at the function and who I came with.

He's gate crashed family events in the past.

How do you know all this?

Oyin: “Friends of the family have actually brought this to the attention of my siblings and parents. But God has been faithful. Whatever spiritual measures he has taken hasn't worked. In the past, I have sent both my male and female friends to tell him to back off but he wouldn't.

Why is that you have now decided to tell your own side of the story?

Oyin: “I wanted to have enough time to do a thorough investigation. I was advised by family and friends not to grant any interview because more than likely it will turn into a media frenzy.

Up till today he's still making advances towards me. For example, I went to the polo club on the 8th of January and he still came to approach me. I had to call my male friends and the security guards to talk to him to stop harassing me.

Oyin: "Being a quiet person, I just felt this brought unnecessary attention to me. I live a very quiet life in America. I am home for vacations of family functions. It's rather sad that journalism in Nigeria is not what it used to be. To know that someone paid to have a false story written about me and for no one to do their research and ask my family members or friends to find out if the story is true was very appalling to me. Till today, my father has never met him. My family members and his family members have spoken to him countless time to leave me alone, but he has refused to listen to anyone. I hope with this interview, he gets the message and finally leaves me alone."