Don’t use my acting to judge my music –Shan George 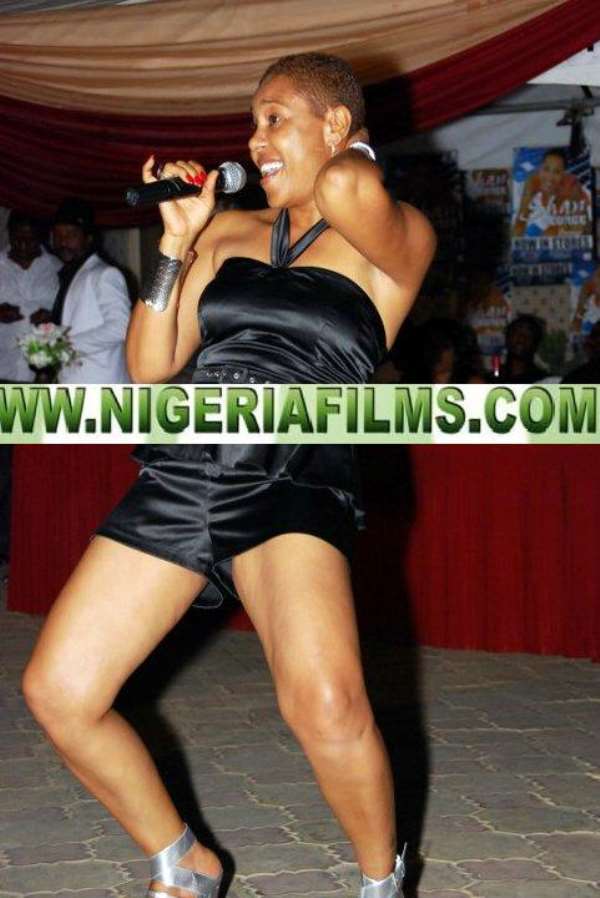 The popular entertainer, who released her second album,Dance,last December, told Sunday Mirror this much in an exclusive chat a couple of days ago at her residence in Lagos. According to her, if you are doing something you have never done before, it does not follow if you are a celebrity or not. You are just starting. "I can say yes I stand very firm in the movie industry because I've been there for about 14 years. I've been writing and even producing my own movies for at least 10 years. So if it was a school process, I would have graduated two times over in the movie industry. But when it comes to music, I know almost nothing about it.Apart from going to the studio to sing, I don't know anything else. I'm more like a toddler in the music industry. So I won't want someone to look at me as the Shan George movie actress when it concerns music. I want someone to look at me in the music field as an upcoming."

Just in case you are wondering why and how the Nollywood star got to the music groove, it all started three years ago when she visited her home town in Cross River State and gathered some children to tell them some folktales she had learnt as a kid. The folktales usually have songs that go with them. But to her surprise, the kids did not know the tales neither could they sing the songs. "I didn't feel too good about it. I just started thinking about the best way to preserve the songs and putting them on CDs for people out there to listen to." That thought gave birth to her seven-track first album, which was not released into the market but given to her people as Christmas gift in December, 2008.

But the controversial actress hinted that music lovers should not use her fascinating movie roles to judge her music career. As she puts it: "If somebody listens to my music, they should not use my celebrity status or other things that I have done to attain the celebrity status to judge what I'm just starting to do yesterday. I guess that's why it's sort of difficult for people who are acting to make any impact whatsoever in the music industry. Why is it that when an actor or actress tries to do music, from the very first track they do, they are either already written off or looked down at as if the effort put at doing that thing is totally irrelevant" . "It is wrong to think that because someone is celebrity or because somebody has actually been successful in one area of life you now look at the person as a God who can succeed in every other area, who shouldn't be given a chance to prove themselves, or who shouldn't be given that time to show what they've got simply because they have worked in one area and succeeded in it," she said.

Though Shan George has since denied recent media report that she got wedded, one wonders why she seemed to be trailed by one scandal or the other. The mullato actress simply says: "Well, I want to imagine that whatever you guys see as scandal being written about me has basically to do with movie roles that I play."

As for those who probably think Miss George has a daring personality, the stunning actress is not about to agree with them. "What you refer to as daring is the fact that I've got a mind of my own. I don't do things because people want me to do that thing, or because someone is pressuring me to do it or because I'm trying to please any human being to do it. That's what you guys refer to as daring. I don't see it as daring. I just see it as following my mind so that when I make a mistake, I don't take it out on anybody."