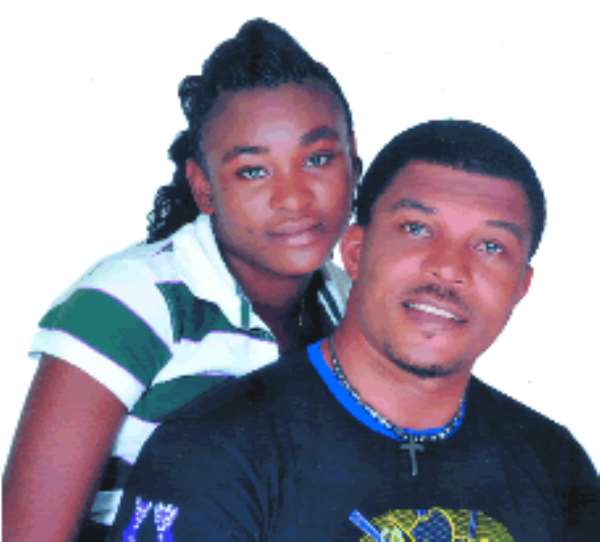 Abraham Nwado is an actor, who hails from Abugo Nkanu East Local Government Area of Enugu State. The University of Nigeria, Nsukka's Political Science graduate comes from a family of eight and began his movie career in 2004 when Phil Emenike introduced him into the industry. Since then he has featured in over 200 movies including hits like Onoja, Desperate Soul and Widow's Tears. Blockbuster caught up with Nwado recently at a movie location in Ajah, Lagos. He talked at length about his life, career, marriage, nude acting, and how he almost lost his life while shooting Money is Money. Excerpts:

Genesis
I was the CEO of 'God is certainly the Almighty' (GICTA Productions), a publicity and advert firm until I met Phil Emenike while shopping at a market in Enugu in 2004. I didn't intend joining the movie industry but after exchanging pleasantries with him, he asked me if I had ever acted in a movie and I answered in the negative. He then said I would do well as an actor but I told him that I haven't thought of acting. So, he gave me an appointment to see him. When I got to his office, he asked me to register which I did but I didn't go back to him until after six months. In fact, I would say Phil Eminike and Pete Eni encouraged me to go into acting.

The movies
It is quite difficult to give an accurate number of films I have featured. In Nigeria, we don't take time to shoot quality movies like in Hollywood. Sometimes we change the working titles after shooting the movies. But then I have featured in over 200 movies since I started acting. I can mention few of them like Everything I Touch, Cucumber, A Fool at 4, Window's Tears, Female Lion, Broken Ambition, Forces of Nature directed by Tchidi Chikere, Desperate Soul, Misty Ring, Royal Reward, Power of her Majesty, Onoja, Throne of Blood, Preacher's Wife and many others.

My debut film
My first movie was Preacher's Wife where I acted alongside Tony Umez, Sandra Achum and others, and directed by Afam Okereke. Though, the experience wasn't challenging because I was just sitting among the congregation in the church. I was delighted the very first time I featured in a movie because I knew God was just preparing me for greatness.

Fees as beginner
I can't really recall how much I was paid to feature in my first movie because event has taken over it. I believe God has designed my growth in the industry and I thank God for His mercies. For someone to succeed in life growth is necessary but the most important thing is not how much you were paid as a beginner or how much you are being paid as a star but the level of experience you have obtained in the industry.

Most challenging movie
The most challenging role I have played was in Money is Money in which I was hit by a bus. It was an accident scene. We went for a ritual where Charles Okafor, Emeka Okoro and Kanayo O. Kanayo all turned into vultures. So, when it was my turn to turn into a vulture, I refused and the native doctor forcefully put his charm on me but I ran away from his shrine. He was angry with me and did a charm that affected my brain so I was behaving like a mad man on the street. Eventually, a L300 bus hit me so badly that I flew up and landed with my ribs on the ground. It was real and so painful. I later realized that it was the director who told the driver to hit me that bad. Imagine if I had died the shooting would have continued without me. If you watch the movie, you will notice that I flew up and landed in a slow motion but it was real. I almost lost my life. The accident scene had attracted sympathizers, most especially, women who threatened to tell my mother if I refused to quit acting. I had pains on my wrist and ribs. In fact, I had to go for x-ray at the hospital. I spent a lot of money to take care of myself, which the executive director of the movie promised to pay back but to no avail.

No more risk taking
I don't think I would like to risk my life again while acting. Before I shoot an accident scene I must be certain of what the director wants me to do or else I wouldn't do it. If the director doesn't know how to achieve his work without hurting my bones, then I wouldn't accept such role. I have two major reasons I should turn down a role. I have to consider the script, if it's not good I would call the scriptwriter for correction. There are some scriptwriters who are very difficult to correct because they feel nobody should interfere in their story. So, if the scriptwriter refuses to change a scene that would put my life in danger, I wouldn't participate in the movie. Another reason I should turn down a role is if the money doesn't worth it.

My quiet nature
In fact, I'm a perfect gentleman. I respect people a lot no matter who you are and I always try to avoid hurting people's feelings. I have a very decent upbringing which actually was a contributing factor to my attitude. I had friends who were rascals but that didn't mean I should behave like them because I knew my background. So, naturally I'm a quiet person.

Lessons I learnt from dad
The most important lesson I learnt from my father was a saying that 'a man is he who stands up to situations'. When you meet a tough situation don't run away from it and don't take sides. Just move straight to it and handle it properly.

Playing catholic priest and nudity
I'm a Christian and a practising catholic. I'm not selective when it comes to churches because Christianity is in the heart and not the church you worship. Going to church is a process of uplifting your faith in God. So, I can't act nude for any reason. Some actors think money is everything but it is not true. We are Africans, so why do we want to act like Ben Affleck and Susan Washington? Nigerian culture is different from Western culture. Why should we borrow some people's custom? I don't think there is anything that would entice me to act nude. As an actor, I have been able to learn from my profession. There is nothing that will make me expose my private part in public. I'm an African and from a humble Christian background.

On my wife and female admirers
I got married on October 9, 2010 to Amarachi Anita Isaac who hails from Igbere, Abia State. We had our traditional wedding and we hope to wed formally by February when my brothers who are abroad will be around to grace the ceremony. I met my wife when I went to shoot a movie in Aba, Abia State. Our meeting has led us to being together forever because she is a wife material and I love her so much. However, I respect my female admirers a lot because without them there wouldn't be Abraham Nwado so, I try as much as possible to acknowledge them.

Role model
Ramsey Noah is an actor with a difference. I love his naturalism, which is also what I believe in.

Assessment of Nollywood
The movie industry is growing. If you look at our old movies and the recent ones you will agree with me that we are making huge progress with acting talents and technicality