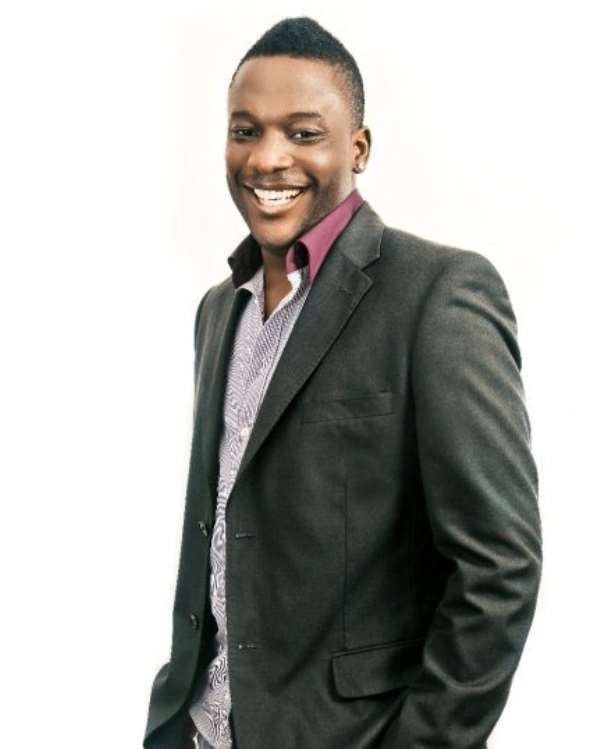 Wale Gates discovered his true talent while at the University of Lagos studying Economics. He stepped up his game in the comedy scene in 2002 and left the shores of Nigeria for the United Kingdom, where he is presently regarded for what he knows how to do best. In this interview with Reporter, Ifeoma Meze, he answers some salient questions bothering on his homecoming, what the nation's comedy scene lacks and how he is warming up to welcome his new baby.

What are you doing in Nigeria?

I will say, spending the holiday in business, holiday in work. I am trying to promote the brand.

People say that you are very big in the U.K, how true is that?

So what have you been doing in the past years in the U.K?

You were there when D'banj became big, how was it?

They called him on stage in 2004, and by the time he finished performing, everybody was wowed. Everybody knew that we had just witnessed someone who was just about to blow and I mean, he is there right now.

That was the day you guys killed Idris Abdukareem?
I would say we did not kill him. There were things that just happened. He has come back up now so I would not say that we killed him.

Do you miss Nigeria at all?

Were you part of Theatre 15?

Yes. Theater 15 started a year after I started comedy so it's been great. It's been a long journey to get to where I am.

That must mean that you owe something to Tee A?

I owe something to, not just to Tee A, but to Teju Babyface, Ali Baba, Kofi, Kayode Peters as well. They have been in this business of entertainment before me. If they did not set up that platform, people like me won't be there. So, I am grateful.

What is wrong with Nigerian comedy industry?

This is the part where I put my foot in. It is not an industry. We do not have an industry yet because if we have an industry, we have to have genres, different styles, and different angles to comedy. We don't have that. In the U.K, you find different genres, different styles. There are people who do alternative comedy, contemporary comedy; there are people who do satire. There are different styles that you can wing your comedy into. In Nigeria, you can't. When you get to Nigeria, it is almost like an association, with all due respect and it is not me being rude. The faces are changing but the jokes don't change. That is what happens in an association. That is where you get a case of hear a particular joke over and over.

What is your own style of comedy?

I do a lot of observational comedy but it is also very critical of where we are, where we want to go and where we want to be. I also do some conscious stuff. The conscious comes when you see something, the rest of the world probably doesn't see it that way but you show it to them. Some people might call it necessary intelligence.

Sometimes she is more like 'Wale do it the way they do it' there is no need for the way you want to do it.

Where did you meet Lanre?

I met her the day I was going to chase women at Faguwa in Unilag and she opened the door and I told a friend of mine, “this girl, you will introduce me to her right?” We just got talking from there and seven years on we are married now, expecting our first child by ending of January.

So, are you prepared for that first child?

Not really. I am prepared but I am also not prepared because until the baby lands in your hand, you probably don't know how to start. For someone like me that is naturally disorganised, it's good because it will kind of help me in a way. I am expecting a baby and I am writing materials about what I am going to experience and I am looking forward to it.

Does it have a name yet?

My wife keeps telling me not to choose a silly name for the baby.

That I will keep to myself for now.

How often do you get to perform with some Nigerian comedians that go to London to have shows?

I do the ones that I can do with them. Sometimes I work with Julius Agwu, for Basketmouth, sometimes I would be on their bill while other times I won't. Sometimes they have their own people and I don't have a problem with that because they have to follow people who have their style who they want to promote. With all due respect, I have my own style. I have a way I talk and I hardly do my comedy in Pigin English.

The last time we checked, you were a Chelsea fan, are you still their fan?

I am still a Chelsea fan.

I think I could not afford an Arsenal jersey when I was young. I started following Jose Moringnho for a long time. He is a determined, arrogant, not arrogant in a bad way. He talks and works with what he says. That dragged me to Chelsea.

You said you are going to leave Chelsea very soon, when will that be?

I don't think I will ever leave Chelsea. I like what Chelsea represents, the confidence, the sometimes arrogance that comes from what they believe in. not that I am an arrogant person.

You are said to be very arrogant while on stage, any reason for choosing that kind of personality for your career?

When I started in the industry, I never had that kind of a name that sounded funny. I don't look funny, I don't talk funny, I did not grow up in Warri where you got the funny childhood story that people like. So when I got on stage most days I had to be really harsh and that metamorphosed into me being rude. I just say what I feel. I am a loose canon, I won't just insult anybody but I try to bring out the joke in any thing I want to present.

Is that also your real personality outside the stage?

In real life, I am almost like that too, but I also give room to when I am wrong. I am not always right and I admit when I am not right.

Since you say Nigerian comedy does not have an industry, what really do you intend to do with your stay in Nigeria right now? Are you coming to change some of the things you don't like about the Nigerian comedy?

I will focus on people telling jokes. A critic and a comic are the same thing. The only difference is, a critic gingers you up to get angry while a comedian makes you laugh but fundamentally, the both should make you think. The day you tell a joke and the joke stops at just making people laugh, you are clown. You must make people think. There must be a thought after the joke. If you listen to guys like Christ Rock talk, you laugh but you also think. Comedy doesn't end at the joke. With all due respects, a lot of comics want to end at the joke. You must be able to write a material that doesn't just end at the joke. So that is what I want to see in our own jokes. Focus on writing new and quality materials.

Do you write script for every joke you present on stage?

Yes I do. I think about materials and issues I want to write on. The most important thing is to pass a message with the jokes that you are presenting to people.

For a while now, you have not been in the Nigerian comedy scene, do you think people would still recognise you as someone that was once in the scene before?

If you were a true follower of comedy, you would know who I am. There is no doubt about that but if you just started following comedy recently, like three years ago, then you would probably not know much but if you follow comedy not just in Nigeria but around the world, you must have come across my name. Last year, I was in a tour in America, I was in Malta, I was in Dublin, Scotland and all around the U.K. Some people who know my name dosen't know my face.

You are already big in the industry, how big do you still want to be in this career?

I just want to conquer the world. That is how big I want to get. To me, it's not just about fame. If I wanted fame, I would be in Nigeria and all I need to do is be on TV everyday and on the newspapers everyday. I want to be big enough to make sure that people recognise comedians and comedy as a proper profession.

From the way you are speaking, you are likely not going to give a second thought to the course you studied in the university?

Not just the course I studied in unilag, I also have Masters degree in Business Management. Comedy is giving me the kind of what I want. Comedy is a calling and I am satisfied with it.

Have you always been making people laugh right from when you were little?

I would say yes. I have always played the class clown. I just restructured it into making it become a profession.

I didn't have all those worries growing up that people always talk about. My parents separated early, they came back together but I kind of had a close childhood. I went to a boarding school and I did not discover myself until the university. I don't have those kinds of crazy stories that you all hear.

To whom do you owe your success in your career?

First to God, to my wife and thirdly, I stay true to what I believe in. I am focused on it big time and I am interested in doing comedy in the right way. I love money but my love for money will never make me to deviate from it. People who know my brand follow it.