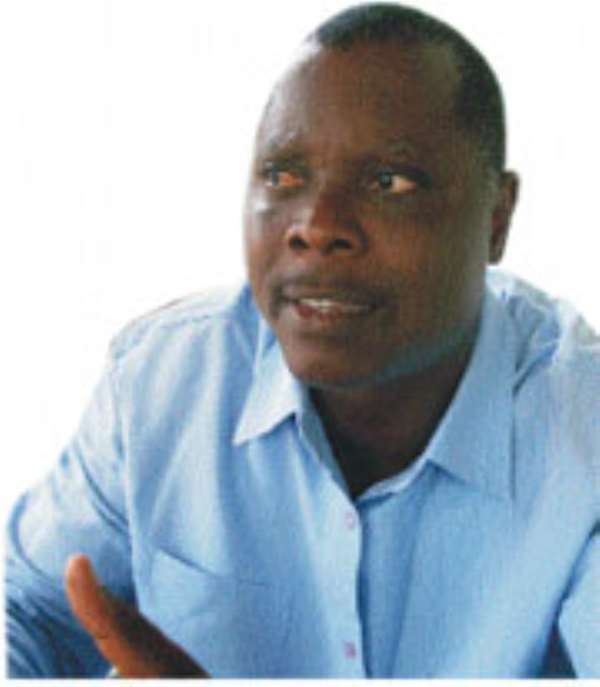 What is really going on in ANTP?
What is happening is very simple. We need an election and that is what majority members of the Association of Nigeria Theatre Arts Practitioners are clamouring for. Nobody is interested in the imposition of a candidate, and as I'm just telling you as a contestant as well, I'm not saying anybody cannot emerge as president of ANTP, but what I'm after is we must conduct proper and credible election.

But it is being said that the election was conducted in Ilorin, Kwara State, sometimes in September 2010?
I don't know the definition of election. Maybe you have to put me through because we have a constitution that guides us and there is a way we do it. When we want to have this kind of election, it is purely by delegates' conference. We have delegates from states that are going to represent each state and the delegates are constituted by the executive of every state. We have 13 executive members from each state which are automatic members of the delegates, while another five people who are not members of the executive will join that 13, making 18 people that will come from each state as delegates and these are the people that will actually vote for anybody that is vying for any national position. They should come out and tell the whole world about those who constituted the election that was held in Ilorin according to them. They should tell us the delegates that actually represented each state and they should also let the people know the delegates that voted them in to become the eligible national officers of the ANTP. States like Oyo, Ogun, Lagos Ondo, Ekiti, Osun didn't take part in the election they are talking about. Then, tell me those who actually went to Ilorin to conduct the election.

You made mention of imposition of candidate earlier, but it was said that you (the contestants) all agreed with the elders' decision to make Victor Ashaolu a consensus candidate at a meeting held in Ibadan some time ago... (Cuts in)
What kind of agreement is that? I agreed that I'm not interested in the national presidency? When we talk about consensus, it means we have different interest among the members of a political party and in order to come together to present a candidate that can face another candidate from opposition party then, they reach an agreement by adopting a consensus candidate. But do we have parties in ANTP? Or is ANTP a political party? We just have only one ANTP and we need national officers. If I may ask, how did they arrive at that consensus? What yardstick did they use to pick the person they imposed on me.
Let me tell you, if I say I'm not interested today and tomorrow, I come out and say I'm in the race, is there any crime in that? Am I not competent enough to contest or is it not my right to come out as a contestant? If they say they don't want me, why can't they arrange for a credible election for somebody they have in mind to emerge as president. And I want to say it loud and clear and in order to put the record straight, I've never conceded that position to anybody. The elders are only rubbishing the association unnecessarily. How can just seven people, calling themselves elders, sit down somewhere to cause trouble? But who are these elders in the first place? The elders that don't have people like Baba Adebayo Faleti, Chief Moses Olaiya, Chief Charles Olumo, Akin Ogungbe, among others. Do they want to tell me that these people are not among the elders? Did they receive the blessings of other elders before going for that meeting? Can seven people make the elders of ANTP?

Actually, we were called for a meeting and the meeting was to be a peaceful one. I thought they wanted to appeal to us that we should not see ourselves as enemies, not to molest one another on the pages of newspapers and not to parade thugs to intimidate one another. They asked us if we were going to abide by their decision. We all said yes. But to my surprise, they went inside a room and later came out to tell us that unianimously they have adopted Ashaolu. What kind of adoption is that?

What is the position of Prince Jide Kosoko on this issue?
I don't know. I can't speak for anybody. But all I know is that everybody in the association including Jide Kosoko wants an election.

Are you still on the race?
I'm on the race 100 per cent. But the issue is, I can't join issues with the illiterates because I don't like the way they are doing things. It is not only a person that didn't see the four walls of the classroom that we refer to as illiterate, but those who are doing things wrongly are also illiterates. I'm far better than Ashaolu. If I want to do things like he has done, I would have summoned all those who are practising theatre arts to a big hall to do a kangaroo election like him and I would have succeeded. Now tell Ashaolu to come out and parade all his national officers.

Can you say there is peace in the ANTP now?
How can we have peace when there is no election? It is obvious that there is no peace. Peace can only reign when they allow those who are practising theatre arts to see to the affairs of the association. Let those who are not in the system leave us alone. They should leave the practitioners to manage their lives.