Who Are The Yorubas, Where Did They Come From And What Is Their History? 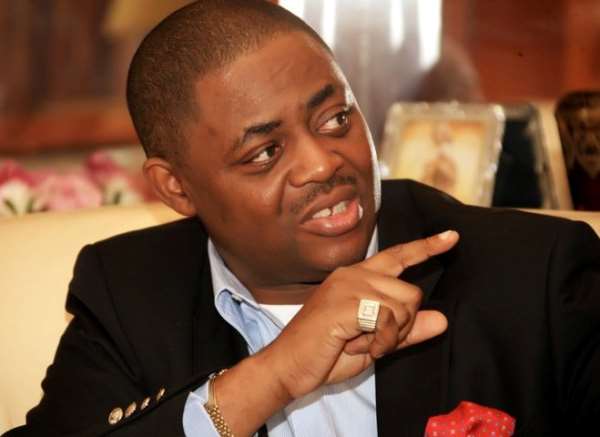 The ''Yorubas'' are the descendants of Ham who was the third son of Noah. They are the direct ancestors of Cush, the son of Ham, and the black Cushite migrants and settlers that refused to go to Africa with the other descendants of Cush and his son Nimrod but that rather chose to settle in the ancient Cities of Mecca and Medina in what is presently known as Saudi Arabia. They were there as settlers for thousands of years and they constituted a prosperous powerful, large and respected minority within the larger Arab community.

However they were eventually driven out of those Arab towns and communities and forced to leave them for refusing to give up their religious faith, their deep mysticism and paganism and their idol worship after Islam was introduced to those places by the Prophet Mohammed in 600 AD. They then migrated to the banks of the great River Nile in Egypt where they intermingled with the Egyptian Arabs, the Nubians and the Sudanese of the Nile. Many remained there but the bulk of them eventually migrated to what is now known as the north-eastern zone of Nigeria and once again mingled and bred with the Shuwa Arabs and the Kanuris of the Borno people. From there they eventually migrated down south to the forests and farm lands of what is now known as south-western Nigeria making their primary place and location of pagan worship Ile-Ife. Ife was to the Yoruba gods what Mecca is to the Muslims and the establishment of Ife as the centre of all that is Yoruba was confirmed by Oduduwa himself when he sent his sons out from Ife to other parts of Yorubaland to establish their own independent kingdoms.

It was after that that we broke up into various kingdoms and communities within what is now known as south-western Nigeria. Some of those kingdoms and empires were sophisticated, powerful, large and great (like the Oyo Empire which was one of the greatest empires that ever existed on the African continent and indeed the world and which was responsible for halting the ''jihad'' of Usman Dan Fodio from coming any further south by defeating the Fulanis and their allies in battle and confining them to Ilorin) and some were not so great and large. These Yoruba kingdoms spent hundreds of years fighting one another in totally unnecessary wars but it is a historical fact that they were never defeated in any war or conquered by any foreign army. Yet the only thing that they had in common amongst themselves was their language (which broke into different dialects depending on where you were), their historical stock, their affinity and respect for Ile-Ife and their acknowledgement of it as being their spiritual home and their anthropological source.

This group of different kingdom states with a common ancient root were collectively known as the ''Yoruba'' and the fact of the matter is that the word ''Yoruba'' has NO meaning in our language or any other language that is known to man. No-one has been able to tell us the meaning of the word ''Yoruba'' or indeed where it came from. This really is very strange and is indeed a deep and unsettling mystery. For all we know it could even be an ancient insult. That is why I have always preferred to be referred to as an ''Ife'' rather than a ''Yoruba''. Another question that is often asked is why did our forefathers indulge in all the mass migrations from first Mecca, then to Egypt, then to Borno and then finally to the plains and forests of what was to become, thousands of years later, the western region of modern-day Nigeria? Well my own personal theory is that the reason that our forefathers kept having to emigrate until we found somewhere of our own was because we refused to give up our pagan beliefs and practices and when Islam was eventually introduced or took full root in all the areas that we once settled our forefathers were no longer comfortable there and they must have suffered all manner of persecution for their tenacity to their ancient pagan and ''Ifa'' faith and practices. Whatever the reasons for the mass migrations may have been it is clear that the influences of paganism, their traditional faith of ''Ifa'' worship, the Egyptians, the Nubians, the Sudanese, the Arabs and the Kanuris is very strong amongst the Yorubas, their music, their language and their culture till today.

The religious faiths of Islam and Christianity both came much later and were both established primarily through the strong trade links that existed between the Yoruba and the north-western Hausa/Fulani caliphate from the north, the Turkish traders of the Ottoman empire of the southern Atlantic African coast from the south, the primarily Portuguese and European sailors and traders who plied that same southern Atlantic coast from the south and finally with the strong efforts of the Christian missionaries of both the Anglican and Catholic churches respectively. Both of these two great monotheic faiths of Christianity and Islam eventually took full root in the land and in the hearts and minds of the Yoruba people whilst paganism, the worship of ''ifa'' and the practice of our original and more traditional faith was eventually pushed to the back seat even though initially, and for hundreds of years, they were both fiercely resisted.

That is why, till today, it is very rare to find a Yoruba family that does not have Christians, Muslims and adherents of the more traditional and ancient tribal faiths in their ranks. The slow and massive migration of our forefathers from the Middle East, north Africa and north-eastern Nigeria to our own homelands in the south-west are why the Yoruba, together with the northerners of what is presently known as northern Nigeria are generally known as the ''Sudanese Nigerians'' whilst the Nigerians from the rest of southern Nigeria, which comprise of the Igbo race and the people of the south-south are generally known as the ''Bantu Nigerians''.