More than a million cases of coronavirus have been registered globally, according to the latest figures from Johns Hopkins University.

Around a fifth of that number (206,000) are cases in the US, whilst Italy and Spain make up another fifth between them.

Call from Rutte: Germans and Belgians, stay away from the Netherlands!

Prime Minister Rutte urges Germans and Belgians not to come to the Netherlands around Easter. " Bleib zuhause, restez à la maison !" He says. Dutch nationals who arrive by air from the United States are also being asked to go home and quarantine for two weeks.

If you do come, know that the facilities at holiday parks and campsites are minimal - Prime Minister Rutte 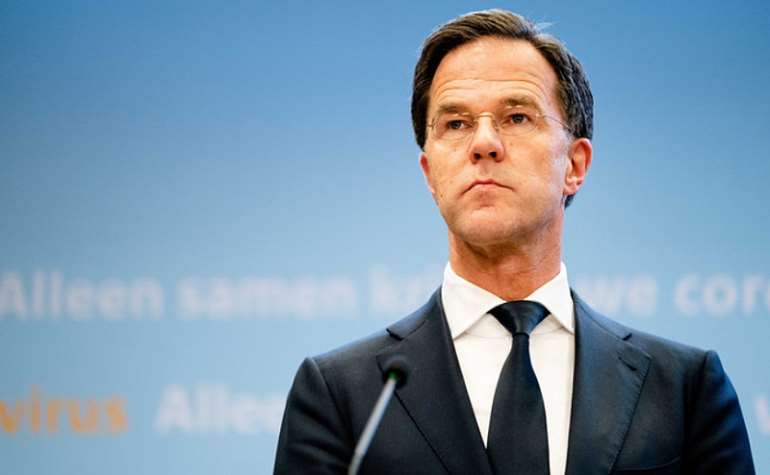 The Director of Public Relations Officer for the Ghana Armed Forces (GAF), Colonel Eric Aggrey Quarshie, has admitted that a viral video that shows a civilian hitting a military officer at Tafo in the Old Tafo municipality in the Ashanti region happened during lockdown duties on Tuesday.

This was in sharp contrast in an earlier statement he issued on Tuesday denying the said video is an old video that has no relation to the lockdown operations being carried out by military and police currently to control the spread of the coronavirus disease.

The latest updates in Europe

The latest data from Italy suggests the outbreak is stabilising. The infection rate has dipped slightly, with positive cases rising by 3.1% compared to 3.8% the previous day. But the daily number of deaths has increased again slightly, rising to 760 from 727 reported on Wednesday. In total, the country has recorded 13,915 deaths, still the highest toll of any country in the world.

Spain has become the second country after Italy to report more than 10,000 deaths. Official figures on Thursday showed there were 950 new deaths in a 24-hour period – a grim new daily record – and 110,238 confirmed cases. Authorities however believe the virus is now peaking in the country, and hope to see a drop in figures in the coming days.

President Vladimir Putin has extended the so-called “non-working” regime in Russia until 30 April. All essential workers will continue in their jobs, but everyone else must stay at home. Salaries will still be paid in this period. Latest official data from Russia show the number of infections jumped by 771 in just 24 hours, to a total of 3,548.

And in France’s capital Paris, a huge covered market will be turned into a temporary morgue to take pressure off the city’s funeral homes and mortuaries. On Friday, the first bodies will arrive at Rungis, the world’s largest fresh produce market. More than 4,000 people are known to have died from the virus in France. 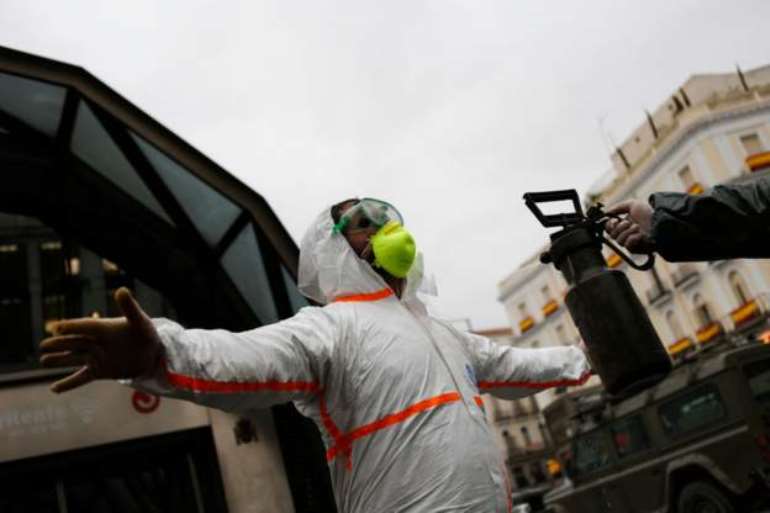 What has the US done right and wrong?

As the US becomes the global epicentre in the coronavirus battle, Americans are beginning to learn their nation's strengths and weaknesses.

Here are a few things the US has done well, and others that it has bungled.

The inability of the US government to ramp up testing quickly contributed to many subsequent failures. But most importantly, it failed to provide the "situational awareness" that is needed to combat a pandemic, says Jonathan Levi, a health policy professor at George Washington University.

Less than a week after predicting that the country could re-open by Easter, President Trump was warning Americans to prepare for over 100,000 deaths.

After comparing it to the seasonal flu, and predicting it would disappear on its own "like a miracle", Mr Trump's dire messaging was a real problem.

If the coronavirus is exposing some of the many flaws in the US healthcare system, it also could end up highlighting the strength of the nation's drug research.

Pharmaceutical companies researching cures are receiving assurances from the government that there will be a market for their products and they will be adequately compensated for their investment, leading to a huge boost in treatment research 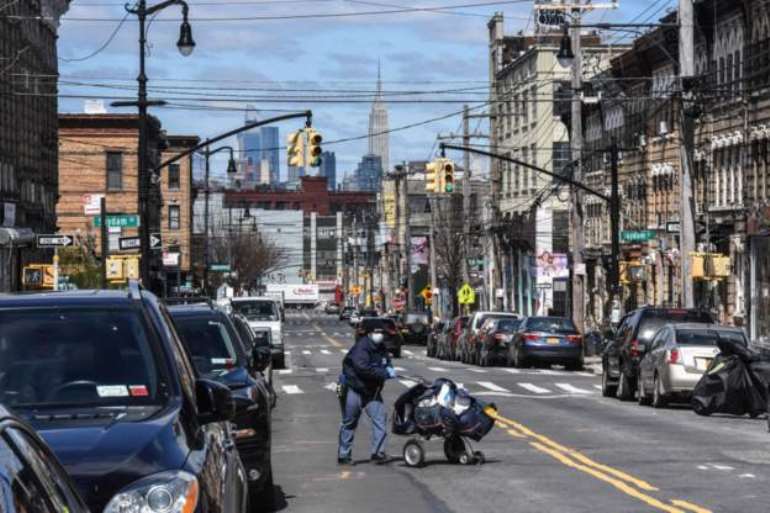 Another 760 people have died in Italy over the past day, bringing the total number of deaths to almost 14,000 (13,915). The daily death toll is still relentlessly high, but the rate is slowing down, up 6% from yesterday. Compare that to last week, when the number of deaths was rising by around 10% or more each day.

Also encouraging is the rate of new infections. The number of people currently infected rose by just 3.1% today. These increases have been fairly steady all week, a sign that the situation is starting to stabilise. The number of people in intensive care is stabilising too: only 18 more people than yesterday.

Earlier this week, the government announced that Italy had reached the peak of this epidemic, but warned that this was not the summit, but rather the start of a plateau. Today’s figures seem proof of this.

In Mauritius, a rush as supermarkets open after 10 days

Residents of the Indian Ocean island nation Mauritius rushed to supermarkets on Thursday after they had been shut for 10 days under a lockdown to curb the spread of the coronavirus.

Mauritius, usually a paradise holiday destination known for pristine beaches and coral reefs, has the most cases in eastern Africa with 169 infected and seven deaths -- including a 20-year-old woman with no prior health issues who died on Thursday. 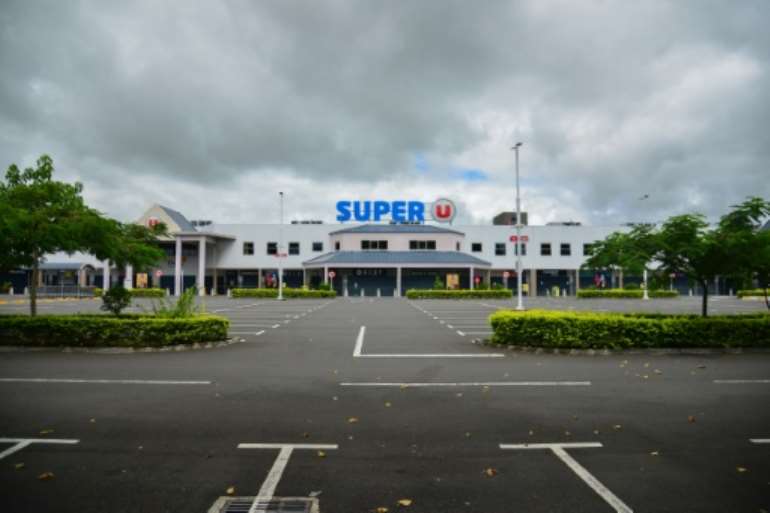 Even supermarkets had been closed for ten days in Mauritius in its bid to slow the coronavirus spread. By BEEKASH_ROOPUN (AFP)

Confirmed coronavirus cases approached one million around the world on Thursday as Europe reeled from the pandemic and the United States reported record numbers of people out of work.

The virus claimed thousands more lives in its relentless march across the globe, including nearly 1,000 new deaths in Spain, despite measures putting more than half of the planet on some form of lockdown. 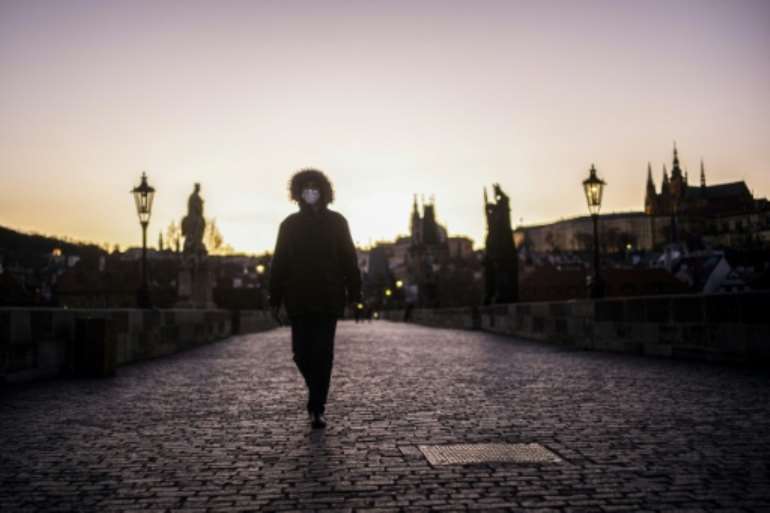 The Director of Public Relations of the Ghana Armed Forces (GAF), Colonel Eric Aggrey Quarshie, has admitted that a viral video that shows a civilian hitting a military officer at Tafo in the Old Tafo municipality in the Ashanti region actually happened during lockdown duties on Tuesday.

This was in sharp contrast in an earlier statement he issued on Tuesday denying that the said video is an old video that has no relation to the lockdown operations being carried out by military and police. 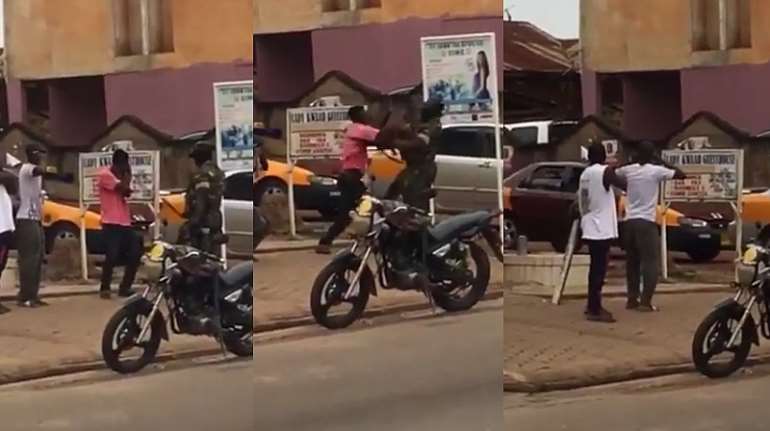 Bishop Titi-Ofei, the General Overseer of the Pleasant Place Church, has withdrawn his offer of a 100-bed capacity to be used as an isolation centre for Coronavirus patients at Baatsona.

This follows protests by residents who live close to the donated building in Tema West municipality. The residents insisted that the structure is not fit for the intended purpose. 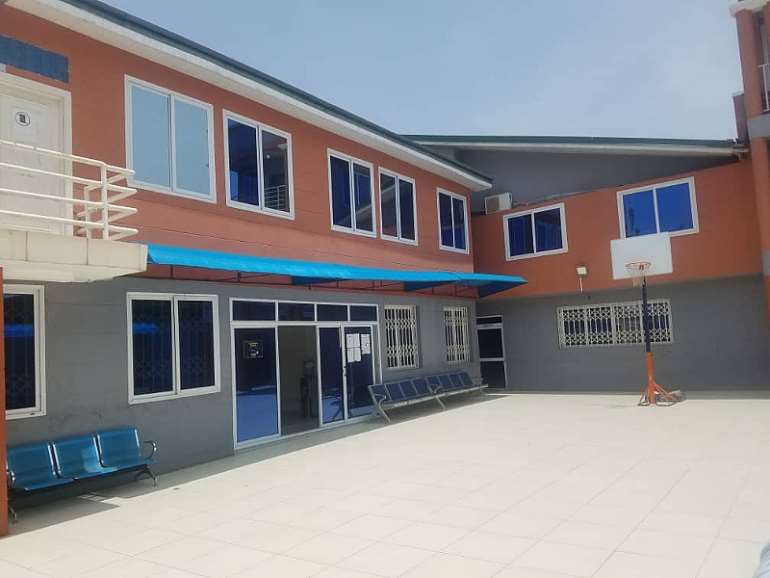 All essential workers will continue in their jobs, but everyone else must stay at home. Salaries will still be paid in this period.

Mr Putin also said that the situation in Russia varies from region to region, with the outbreak far more serious in the capital Moscow than elsewhere. "Despite the efforts by city hall we have not reversed the trend," he said. He called for coordination at federal, regional and municipal levels to fight the virus.

Latest data from Russia show the number of infections jumped by 771 in just 24 hours, to a total of 3,548. Some, however, fear that the problem is far worse than those official figures suggest. 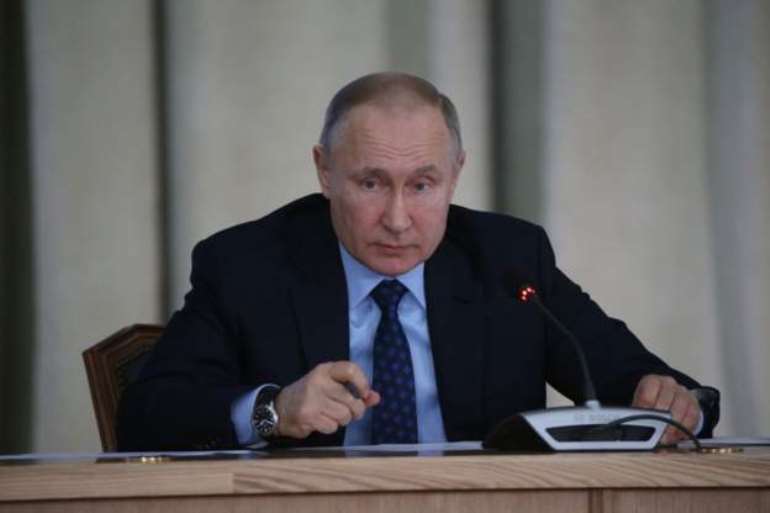 Across Latin America, the number of coronavirus cases has risen above 20,000 - doubling in five days. 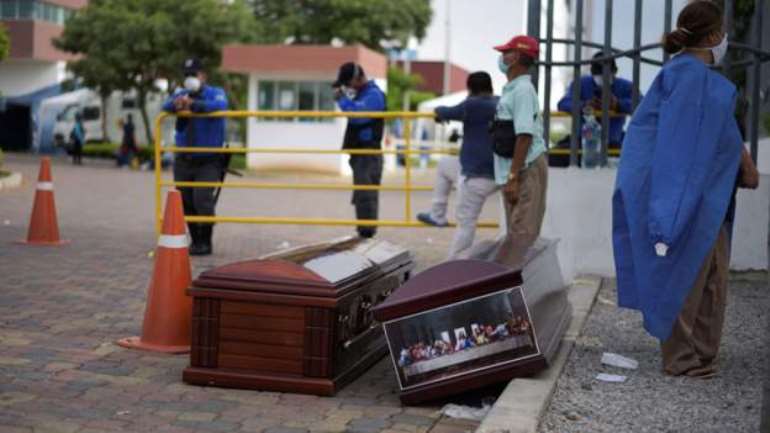 Bodies left where they died in Ecuador have causes anger - Reuters

Saudi Arabia has imposed a 24-hour curfew on the holy cities of Mecca and Medina as part of efforts to curb the spread of coronavirus.

It has the highest rate of coronavirus infections in the Gulf region, with 1,885 confirmed cases and 21 deaths from the disease so far. 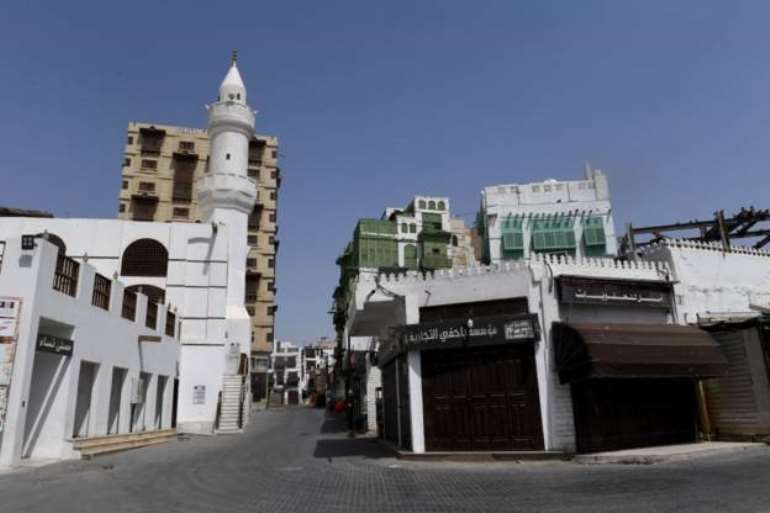 Governor Andrew Cuomo says current forecast models estimate that 16,000 people in the state of New York are expected to die in the coming weeks.

New York City is currently the epicentre of the coronavirus outbreak in North America.

Mr Cuomo also announced that 2,373 people total had died in the state, up from 1,941 the previous morning.

The International Central Gospel Church (ICGC) has donated Ghc100,000.00 to the Covid-19 National Trust Fund to help government tackle the Coronavirus disease in the country.

The gesture forms part of the church’s corporate social responsibility and commitment to help influence society through Christ. 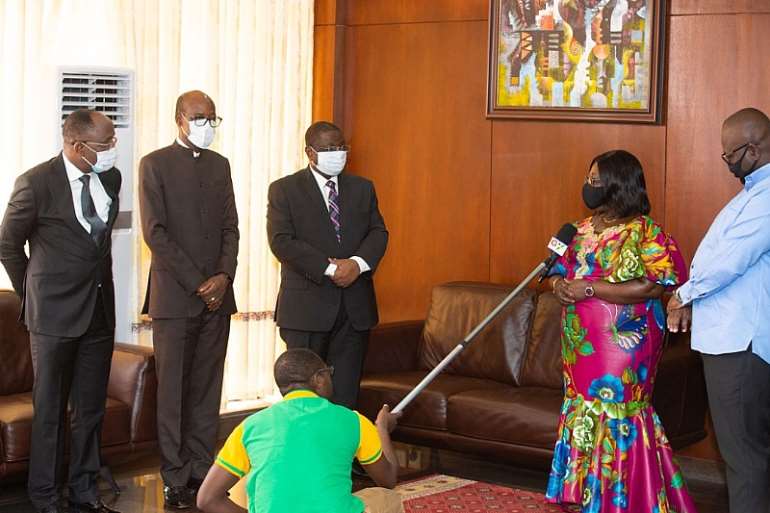 French demographers have launched a database of information on Covid-19, rounding out perceptions of who is most affected by the new coronavirus.

Every day, French health officials update data on the Covid-19 epidemic, including numbers of confirmed cases, hospitalisations and deaths. But demographers say these figures, along with those in other countries, leave much to be desired. 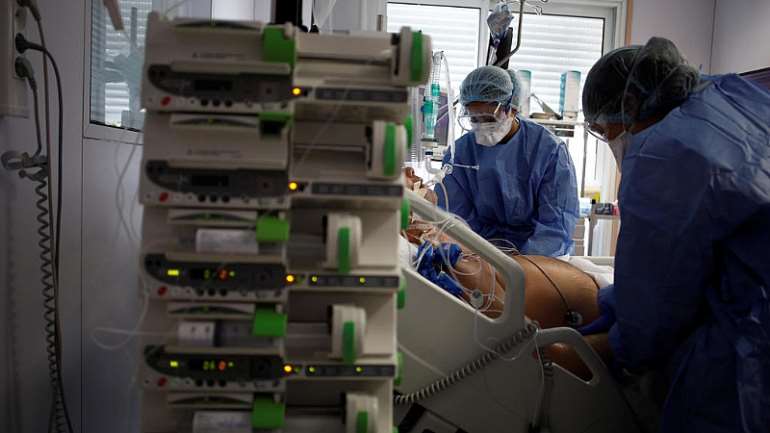 There are more than 500,000 Covid-19 cases in Europe as of Thursday morning, according to a study carried out by Agence France Presse newswire. While this virus strikes on the continent, the rule of law must be respected, according to a number of EU states.

Some 34,500 people have died in Europe, the hardest-hit continent, with Italy tallying 13,155 deaths, and Spain close behind with more than 10,000 people dead. As of Thursday, France has more than 4,000 dead, but the number is still expected to rise. 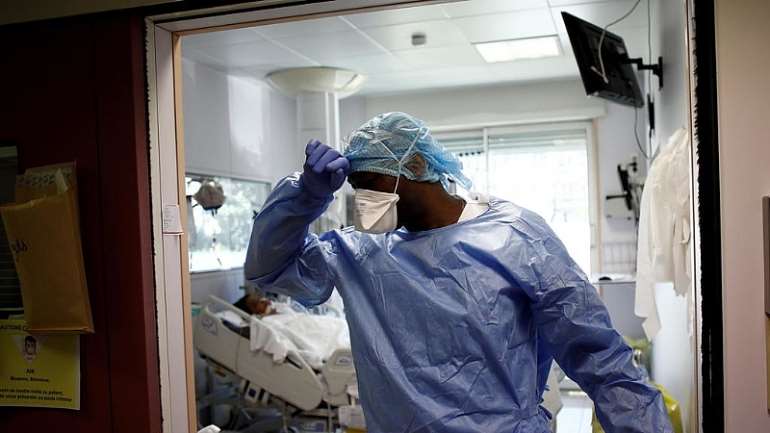 The National Covid-19 Team is conducting the second and final test for persons under the 14-day mandatory quarantine.

The test begun on April 1 and is expected until April 3, this year. 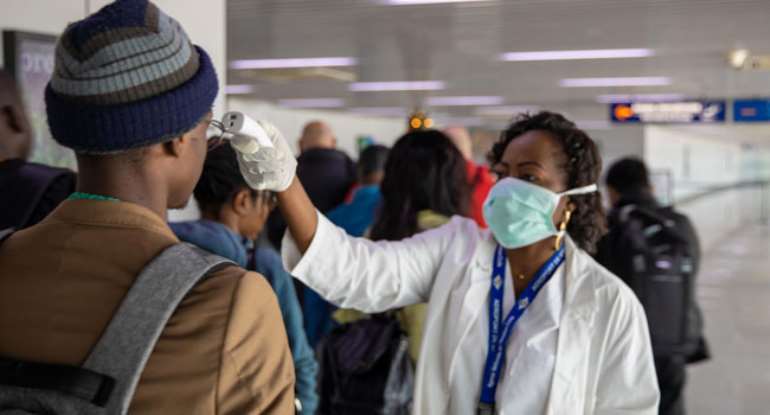 The laboratory unit of the Tamale Teaching Hospital has been closed down after it emerged that staff there may have been exposed to some of the Burkinabes who tested positive for COVID-19.

The lab which is the major referral centre for residents of Ghana's northern sector was closed on Wednesday morning. 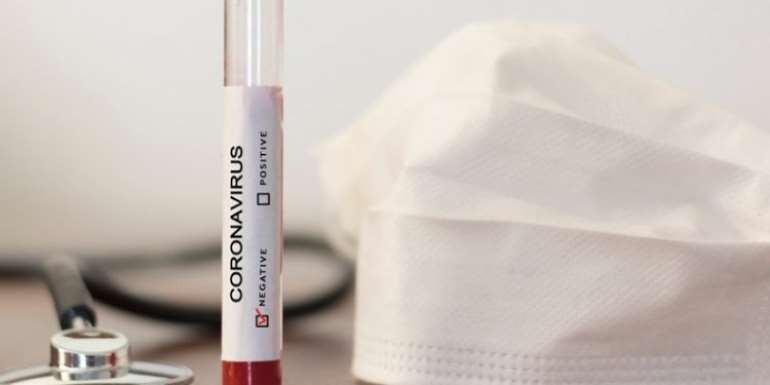 Former President John Dramani Mahama has promised to procure some Protective Personal Equipment (PPEs) and other supplies for distribution to the Tamale Teaching Hospital and other Regional facilities in the coming days to help fight the COVID-19 outbreak.

“Despite the shortage of essential medical supplies we are managing to procure some PPEs and other supplies, which we shall shortly commence distribution to the Tamale Teaching Hospital and other Regional facilities currently known to have registered cases of COVID-19,” the former President said in a Facebook post. 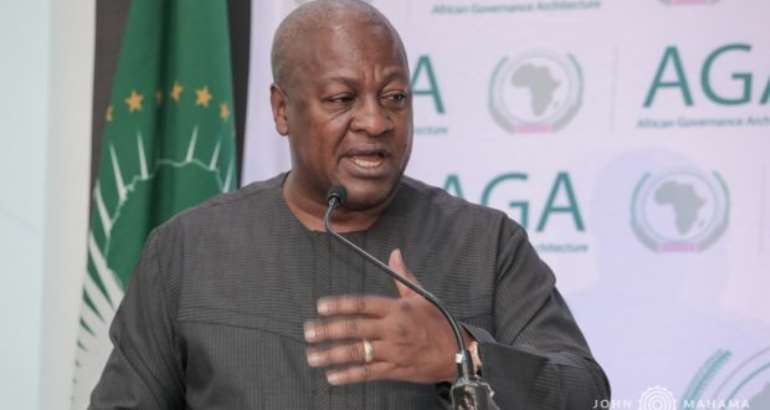 The Covid-19 Can Never Be A Natural Virus

Why is Germany faring better than France in the Covid-19 epidemic?

Maintaining Your Wellness In The Time Of COVID-19

Mr president, can’t our military do something better than protecting coronavirus at our borders?

Camel racing storms back in Sinai after virus hiatus