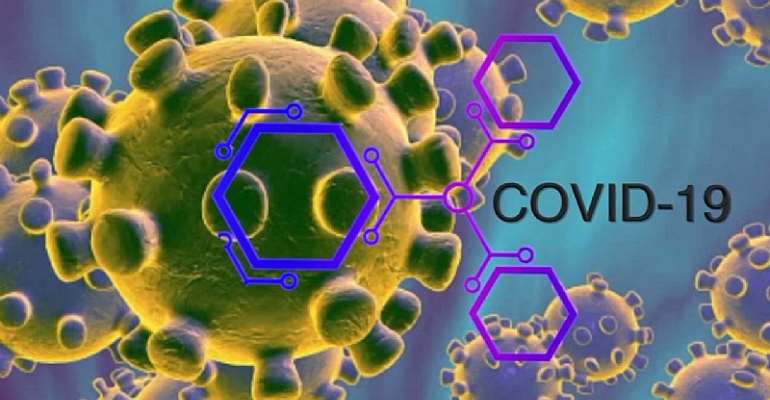 EU to stockpile masks and ventilators for member states

The EU has decided to create a stockpile of medical equipment such as masks and ventilators to help those member countries who are struggling to secure supplies in the battle against coronavirus.

The European Commission said it would finance 90% of the stockpile, which will distributed to countries that need most.

The announcement comes amid criticism that the EU is not doing enough to support the many states dealing with a rising death toll from Covid-19.

In addition, the EU continues to help members bring back their citizens who are stranded abroad because of the outbreak. Up to 75% of the cost of repatriation is covered by the EU, providing the flight repatriates citizens of more than one member state.

German Chancellor Angela Merkel is in quarantine after meeting a doctor on Friday who has since tested positive for the virus, her spokesman said.

She was told about the contact after a press conference on Sunday in which she announced further measures to try to curb the spread of coronavirus.

Her government banned meetings of more than two people outside work and home for two weeks.

US Senator Rand Paul has tested positive for the virus, his office has announced.

The Republican from Kentucky is the first member of the upper chamber of Congress to announce he has Covid-19.

Several members of the House of Representatives have already tested positive for the virus.

Mario Diaz-Balart, a Florida Republican, and Utah Democrat Ben McAdams announced they were in self-quarantine earlier this week.

Why has Italy been so badly affected?

You’ve probably heard by now that Italy has been hit hard by the virus.

It’s now at the epicentre of the outbreak, and the country's president has urged other countries to learn from its struggle to slow the spread of Covid-19.

The number of recorded deaths there recently overtook those in China, where the virus originated last year. Italy reported 651 coronavirus deaths on Sunday and saw its toll for the past month reach 5,476, the highest in the world.

So why has Italy been so badly affected? A number of possible reasons have been mooted.

Some studies point to the large number of elderly people in the worst affected regions, such as Lombardy in the north. Italy also has the oldest population in the world after Japan with some 23% of people there over the age of 65.

This matters because the virus is especially dangerous for older people.

The vast majority of Italy's fatal cases involved elderly people with at least one pre-existing condition, officials say. The average age of the first 3,200 people who died was 78.5.

Experts also say a large proportion of 18-34s live at home with these older people, which increases the risk of the virus spreading.

Another factor that may help explain Italy's crisis is the length of time the virus has been active.

Some health officials believe it arrived in Italy long before the first case was officially confirmed in late February. It likely spread undetected through northern Italy, possibly for several weeks.

The plight of people living on French streets and in camps has been brought into sharp focus by the coronavirus pandemic. But how to get them to respect the lockdown when they have no homes to go to?

On Friday, police in Lyon, south-eastern France, fined dozens of homeless people for loitering on the streets as they tried to enforce a government lockdown to contain the spread of the coronavirus.

The fines drew the ire of rights groups, who put pressure on authorities to overturn the decision. They have promised to do so, but the incident highlights the confusion stemming from an order to enforce self-isolation on people who have no homes.

Nigerian police with megaphones struggled to keep the faithful in bustling Lagos away from church on Sunday, as worshippers in Africa faced tough restrictions aimed at halting the spread of coronavirus.

"Go home, coronavirus is not a joke," a uniformed officer shouted at a crowd in the tightly-packed slum Makoko.

Authorities in the city of around 20 million have limited religious gatherings to no more than 50 people -- a miniscule number compared to the thousands who regularly pack out churches.

Worshippers clustered at the gate of Makoko's Celestial Church of Christ only to find policemen handing out fliers on the dangers of the virus. By PIUS UTOMI EKPEI (AFP)

This brings the total number of cases to 24.

From Italy to India to the United States, governments rolled out tougher measures to halt the rapid spread of the coronavirus pandemic as global cases surged past 300,000 on Sunday and Asia braced for a possible second wave of infections.

Nearly one billion people are already confined to their homes around the world as countries race to contain the ballooning outbreak by imposing unprecedented lockdown measures, shutting shops and businesses and sealing borders.

The pandemic has sparked fears of a global recession, prompting governments to unleash gigantic emergency measures to avoid an economic meltdown.

Iran refuses US offer of aid

Iran's Supreme Leader has rejected America's offer of aid to help the country with its battle against coronavirus.

In a televised speech, Ayatollah Ali Khamenei said the US was Iran's "most evil enemy" and hinted at a conspiracy theory, also voiced by some Chinese officials, that America was responsible for the pandemic.

“I do not know how real this accusation is but when it exists, who in their right mind would trust you to bring them medication?" Mr Khamenei said. "Possibly your medicine is a way to spread the virus more.”

Without offering any evidence, he also alleged that the virus “is specifically built for Iran using the genetic data of Iranians which they have obtained through different means”.

Other Iranian officials have also accused America of hypocrisy for offering aid while refusing to lift heavy sanctions.

Iran has become one of the worst-hit countries in the world since the coronavirus outbreak began, and it has recorded the highest number of cases in the Middle East - more than 21,600. The official death toll has also risen to 1,685. But there are concerns that the actual number of infections and deaths in Iran is higher.

Today, French medical charity MSF said it was establishing a 50-bed emergency centre in Iran's Isfahan province to assist with relief efforts. Alongside Britain and Germany, France is already contributing a medical aid package to Iran, amid rising political tensions.

The grim statistics emerging from different parts of the globe on a daily basis are keeping our visual journalism team occupied with updating charts. The chart below is the latest in a series to map the outbreak.

President Akufo-Addo has announced that government is in the process of securing some 50,000 test kits as part of measures to check the spread of the novel coronavirus in the country.

Ghana in the last two weeks has so far recorded 21 coronavirus cases with one death .

President Akufo-Addo has disclosed that eight out of the 20 active cases of COVID-19 in Ghana are being managed from home.

There have been 15 new cases of the virus this past week, increasing Ghana's total to 21, with one patient dead.

Australia to close pubs and restaurants

Australia is going to close pubs, clubs, cinemas, casinos, nightclubs and places of worship from Monday, with cafes and restaurants having to switch to takeaway only.

Schools are not being closed nationwide but some states have suggested they might do so.

The number of confirmed cases has risen sharply in Australia in recent days, reaching 1,315.

Africa has seen its coronavirus cases pass the 1,000 mark this weekend. There are currently 1,198 confirmed cases of Covid-19, the continent's Centre for Disease Control has announced.

Uganda reported its first case last night after testing a passenger who had returned home from Dubai.

In neighbouring Rwanda, the government has announced that it may extend its 14-day lockdown which was imposed last week on Thursday.

Rwanda has so far recorded 17 cases of Covid-19, the most in the east Africa region.

In the Democratic Republic of Congo recorded its first Covid-19 related death after a doctor who had returned from France succumbed to the disease.

The Africa CDC has also announced 108 patients have recovered after contracting the virus:

Here is the full list of countries which have reported confirmed cases of Covid-19:

Disease-related deaths rise to over 1,700 in Spain

Spanish authorities have reported 394 new virus-related deaths since yesterday, bringing the national total to 1,720. The rise compares with 324 new deaths on Saturday.

Over 3,600 new cases have also been confirmed. Officials say 28,572 have been infected since the outbreak began - 2,575 people have recovered.

Behind Italy and China, Spain has reported the highest number of coronavirus cases in the world. The majority of deaths have been reported in the country's capital, Madrid.

A Ghanaian Engineer and Scientist is urging the government to support locally distilled alcohol (Akpeteshie) producers to make quality Akpeteshie, which is a raw material for hand sanitizers to prevent the spread of COVID-19.

Ing. Dr. Bright Sogbey is President of Science and Technology Advocacy Renaissance for Africa and he said "COVID-19 calls for local ingenuity and industrial domestication regarding the accoutrements in fighting the disease."

President Akufo-Addo has announced that the Ministry of Health is engaging the services of retired and new health professionals to augment that of its current staff as the country braces itself for a possible surge in the number of Coronavirus infections.

In an address to the nation, President Akufo-Addo was amazed by the response of the retired health professionals to the call.

President Akufo-Addo, has announced that the Ministry of Health (MOH) is mobilising new and retired health professionals to augment Ghana's preparedness and response in managing the COVID-19 outbreak.

He said it had become necessary to put these additional measures in place to beef up the strength should there be a surge in the number of confirmed cases of infection in the coming days or weeks.

One person out of the 19 persons who had earlier on tested positive for COVID-19 died in the early hours of Saturday, March 21, due to the patient's serious underlying health complications.

The rest are doing well and responding to treatment, with eight of them being managed from their homes, in isolation.

President Nana Addo Dankwa Akufo-Addo announced this on Saturday night in his third national broadcast to update the nation on COVID-19 in the country.