Reasons Why Your Honeymoon Is So Necessary 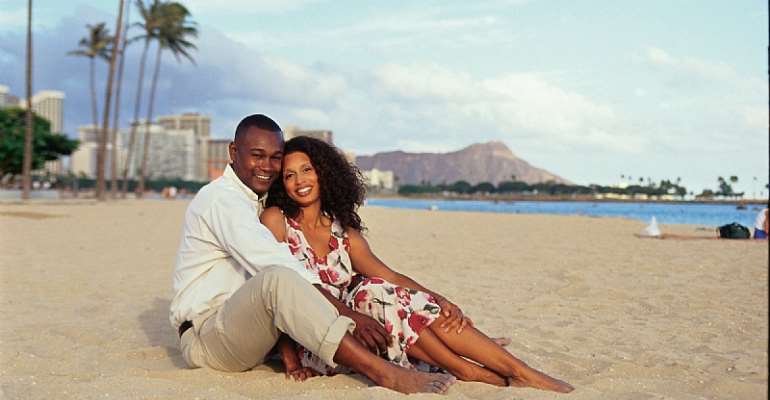 One of the first wedding planning tips I received was to book my honeymoon before anything else. My brother and sister-in-law said, “You just need too.” I’d heard the same thing from my boss who’d been married for over 40 years. She said, “it’s a time for you and your husband to reflect on what you have and where you are going.”

So, in fact, that’s what I did. My husband doesn’t have the travel bug like I do so he left the planning up to me. I booked an all inclusive trip to the beautiful beaches of Playa Del Carmen. It would be my husband’s first time out of the country. He was just a little nervous. I guided him through each step from passport chronicles to packing to customs to transportation to the resort. Encountering new territory can be scary. However, having a supportive spouse can calm any worries that may arise. It was just me and my husband going on an adventure miles away from anyone we knew or loved! And so, the bonding began.

My husband is scared of water. However, he’s is an amazing underwater swimmer! Oxymoron much? YES! We had bought an excursion to snorkel in a cave, swim in a cenote, zip line, and ride ATVs. When we arrived at the cenote, I volunteered to zip line into the water first! I don’t know what came over me, but I said Today is the day that I’m conquering all my fears. After I got married, I said its all or nothing for everything in my life! If you know anything about me, you’d know that I always thought marriage was scary! I wanted it, but it had to be a planned and a matter of fact option for me. And when that time came, I did it! The new woman in me zip lined right into the water screaming bloody murder and came up rejuvenated. I look at my husband and asked him if he were going to do it. He said, “No, you’re crazy!” I said okay. That may be true, but I’ll jump with you. So, we jumped together as if we were Jack and Rose on the Titanic. For the rest of my life, I am committed to jumping if he jumps and vice versa! We’re in this for the long haul!

As we rode ATV’s to our next destination on the itinerary, I held on tight to my husband. We were flying over dirt hills and dodging trees in the Yucatán jungle. I grew up riding 4-wheelers and go-carts with my family so I wasn’t scared. It was just the whole riding versus driving thing that makes you a little apprehensive. I wasn’t in control! When we arrived at the Zip Lining tower, the anxiety that I’d left in my matron life, had arrived with me. As we climbed the stairway to heaven, Alex was behind me. I kept turning back asking him if he were scared. He’d say “no, we’ll be fine.” Let me just tell you, this was no ordinary zip line. I’d done those at various leadership workshops. This was a few steps closer to God. No matter how shaken we were, we held each other down! It’s relaxing to know that we have each other’s backs even if we’re scared.

4. Being Independent Isn’t As Important.

Seven years. For seven years, I’ve literally grown up with my husband. We’ve learned how to pretty much do everything together. We’re still growing up together. While on our honeymoon, I got a little sick. Our plans of having an intimate dinner by the beach turned to trips back and forth to the bathroom. Alex was fine with this. While I whaling about what if I don’t get better, he was chilling, assuring me that it was probably something I ate and just needed to rest. I used to call my mom for this assurance. Now, he’s my confidant. In sickness and in health, we’re doing this!

5. We’re Gonna Fight This Out.

We’d scheduled a photo shoot on the beach that I was all too excited about. I had washed and straightened my weave, took an hour on my makeup and carefully prepped my outfit for the night! I was ready. Coming from a picture-taking-family, that’s what we do. Alex not so much. He was dragging to the session. At the end, I exploded and told him he was ruining my memory. The argument concluded with me storming off towards the beach at Dusk, him sending me a message via Snapchat (no cell phone service in Mexico). We met up at the bar, talked it out and kissed the night away. Couples fight. People love. People live. And we survive.