How Many Times Can Cooking Oil Be Reused? 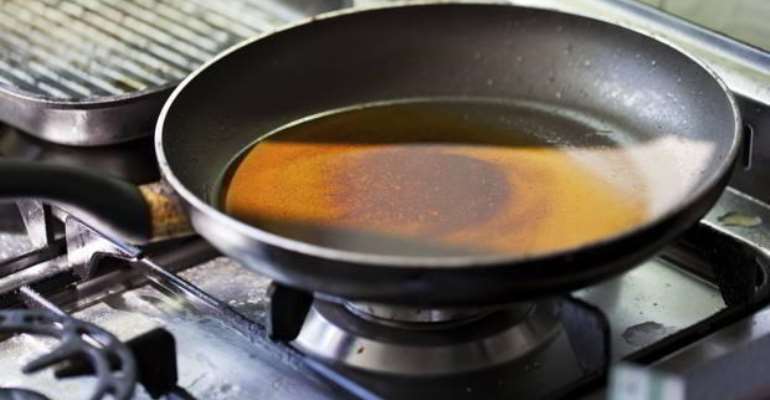 More often than not we are tempted to reuse cooking oil as many times as we can but there has been concerns about how safe it is and how many times oil could be reused.

Although, there is no exact number of times cooking oil could be reused, there are signs to look out for when the oil needs to be thrown away.

Before that, there are ways you can preserve your oil if you intend to reuse.

First you should sieve your oil after frying by allowing the oil to cool and getting rid of food particles left in the oil.

Food articles when left in oil could cause spoilage. You can prevent spoilage by sieving the particles out and pouring the oil into a container with a cover

Ensure that you reuse oil to fry same kind of food. Using oil that was used to fry chicken to fry plantain will leave the chicken flavour on the plantain.

This is how to find out if your oil has exceeded its reusable limit and needs to be thrown away.

First smell the oil; if it has a bad smell, then it’s time to throw it away.

If foam forms on the surface, it is also a sign of spoilage.

If oil becomes darker than when was first used, it may be time to throw it away.