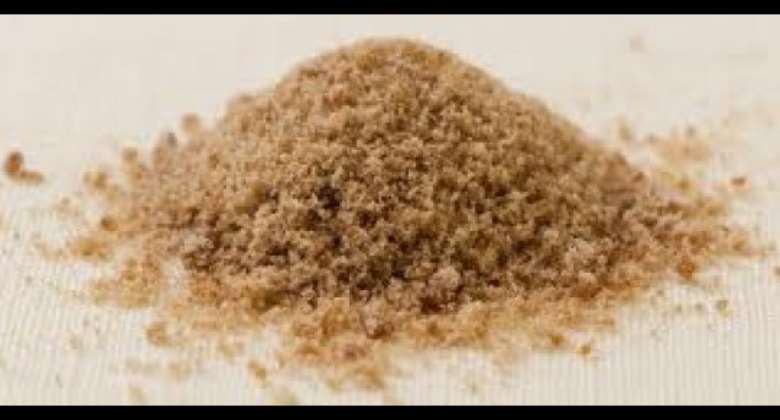 A video being circulated on social media suggests the possibility of contaminated/unwholesome sugar on the Ghanaian market.

In the over 3.34 minute video, a woman demonstrates her tea turned into a thick creamy unknown substance after adding an allegedly contaminated sugar she bought from the market.

The video starts with the woman dipping a tea bag in water after which she adds milk. She notes that the milk is not expired, although she failed to show the expiry date on the milk tin.

She stirs the tea and adds sugar. The sugar is tied in a white plain rubber.

After adding the sugar and stirring it for sometime, the tea begins to change into small dark creamy lumps.

Alarmed by this development, she in the video asked the general public to always add milk to tea before adding sugar. This, according to her will allow them to identify between unwholesome or wholesome sugar.

Getting to the end of the video, she pleaded that Ghanaians should be careful when buying sugar.

She added that, the video should be shared on the various social media platforms so the message gets to every Ghanaian to safeguard their health.

It is not known if the Food and Drugs Authority (FDA), is aware of the video. However, some social media users are skeptical about the video.

How can it be proven that the milk used has not expired since she did not show the expiry date in the video?

What if the white substance in the video is not sugar but a substance that looks like sugar?

Even the liquid she used could be something other than water?

The kind of tea bag she used could be made with some kind of herbs.

These are some of the questions people are asking on social media about the video. It behoves on the FDA to conduct research on the matter to either dispel rumours or confirm the veracity of the video.

This video comes months after a video of a woman artificially coloring oranges to boost sales surfaced on the internet.

The FDA in a report arrested two women in connection to the video.