Half a spouse is not better than none! [Article] 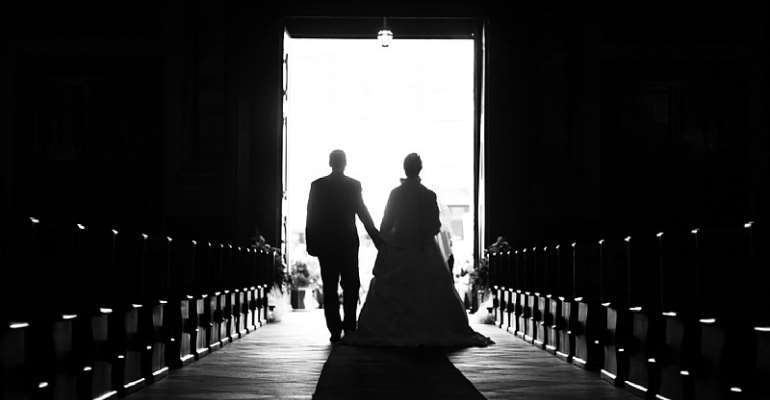 Society, oftentimes, has subtle ways of reminding you that you aren't growing any younger. Inasmuch as it's awesome to marry early, it is more important to consider walking down the aisle when you are ready.

Would anyone ever get ready for marriage? Of course yes. One needs to be prepared physically, financially, mentally and even spiritually. Even though marriage is not rocket science, it is not an alphabet recitation either. It is hard work. It is teamwork. Poor preparation has always been the best recipe for divorce.

Marriage is for the mature. It is not for those who can't keep to the vows made on the altar. If keeping to a commitment is below you, marriage is just beyond you. Ideally, marriage is not a contract subject to your own terms and conditions. Thus, you don't decide where or when to terminate it when such terms are not met.

I see many today in haste to walk down the aisle for many flimsy reasons and not because they found their Mr. or Mrs. Right; not because they are prepared for the journey ahead. Interesting thing is, they would spend eternity to prepare for a successful wedding yet give no hoot about what happens thereafter. Is it a surprise divorce rates are on the soar?

Love is like a fruit. When harvested unripe, it becomes waste. It can't be enjoyed. When you rush into a life-long union you were never prepared for, you are very likely to ram into danger. When your reason(s) for marriage can't even hold water, that union can't even withhold fire!

We live in a society that amazingly has its own measurement of success. In a society where marriage validates one's achievements, it is obvious there would be a mad rush to walk down the aisle to be counted as an achiever. Let me burst your bubble. Marriage is an honourable thing but it's not an achievement. It is not good for a man (or woman) to be alone but that should not be your sole aim in life!

Half a loaf, they say, is better than. However, half a spouse is not better than none! Life should not push you to the limit where it is a MUST to be content with “just anything” that comes your way. You should not reach the height of life where you uncomfortably need to convince yourself at all cost that it is, at least, better to be married (to whoever regardless) than to be single.

Like I insisted, it's a blessing to be ready early. It's such a joy to be found by your Prince Charming, as a lady, early. The million dollar question is, “What if your case is different?” What if you're not financially and emotionally stable early? Would you still need to play by the same rules as everyone? Of course no!

Back in high school, we had friends who left for the University before we did because they wrote remedial exams ahead of us. Well, they were very fortunate to be blessed not only with brains but with money, too. Some of us had to follow the 'normal' process. Others even entered tertiary institutions later than we did. It was all about time and chance. You take the chance when it's your time.

It's like marriage. Just because someone went ahead doesn't mean we all MUST go ahead. Just because time and chance favored them early doesn't necessarily mean we all may be favored same. It might be early but you just may not be ready!

Life favors us all differently. One is favored to have an early marriage. Another is favored to have probably an early business. So when someone spites you because they are married and you are not, remember you have what they don't have, too. If what we have is only by time and chance, who are we to ridicule those who are not fortunate to have it?

I am not endorsing wasting your youth chasing after married spouses and then, later in life, hopping from one prophet to the other to charm a husband or wife from the heavens for you. I am not saying turn away all your suitors and wait for some all-perfect spouse to be created from clay just for your sake.

All I am saying is don't bow to society's pressure. Don't be in haste to go nod to vows at the altar because all your friends are doing same. Don't fret and be in a rush to wear a ring because you are assuming someone is your last bet. Marriage is like a baton race. How far you go depends on who you’re going with!

Even when you see all the warning signs beeping, don't hasten down the road of marriage just because of some flimsy reason of age. Indeed, no one would want to give birth to “pension babies” but begetting “tension babies” to whom you can't give the best of care is not the way to go either.

Society will, at one end, coerce you to enter because of whatever reason and, at another end, ridicule you if you dare divorce. Society will force you into taking decisions against your will even at the peril of your life yet will mock your corpse when those decisions strangle you to death.

Hasten not for a half spouse because it is early. Marry because you're ready… not early. If you're ready early, like me, why not!? But guess what. I'm not married. Readiness is relative. Haha.

–
By: Kobina Ansah (playwright and Chief Scribe of Scribe Communications). His upcoming play is TRIBELESS.