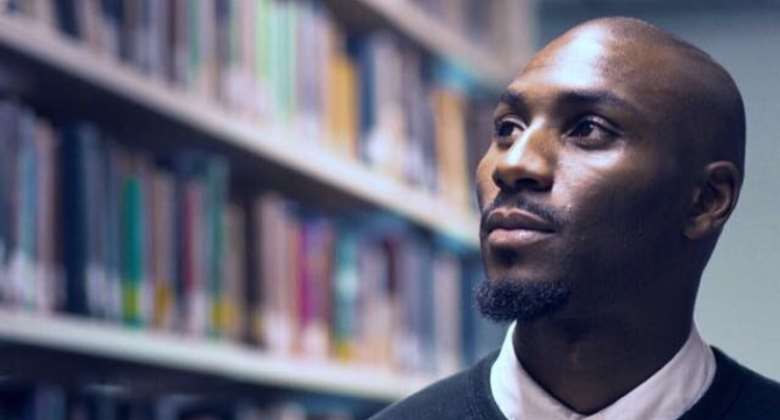 Let’s be honest, unfortunately Black men do not always get the fairest treatment in society. Constantly being labelled with negative connotations and forced fed unfair stereotypes. I personally would want my future sons to have positive role models that they can admire and can look up to in society, men that resemble them. I chose the following men, as these are real life men that you may not see on everyday TV however they are men that have seized opportunities and paving a way for the generation to come. I believe in giving credit, when it is due. The following men are the epitome of Black excellence in the making.

Julian Owusu
Entrepreneur
Julian a former footballer who joined the Ghana U17 back in 2006, who is now the CEO at Expert Alliance Group. Expert Alliance is a Ghanaian multinational company that was founded two years ago. The British born young CEO targets a number of thriving industries such as Commercial Advertising, Real Estate, Transport Logistics and many more. A company that has the potential to grow, Expert Alliance has its headquarters in Accra. One thing that has struck me about the former footballer is his strive and passion for making a positive impact in Africa. Julian quotes on the website; “we all have the ability to make a change in people’s lives and the continent overall through our vision”. The company can be found on http://www.expertalliancegh.com/

The Moroccan born, Ghanaian raised entrepreneur who I would classify as ‘Jack of all trades’. A chartered Insurer by profession, he also runs a unique brand alongside his cousin Michael Sykes. Sykes & Woodrow merges contemporary European and distinctive African styles. They strive to ‘bring quality affordable fashion accessories to your door’. The brand specialises in the finest quality of women’s and men’s belts. Sykes & Woodrow a flourishing brand that has a lot of potential, it has also featured at the Spitalfields market. Gaining publicity internationally the brand oozes a fresh contemporary look and it is definitely one to watch this year. William also offers grooming services and menswear accessories in Ghana. Sykes & Woodrow can be found on http://www.sykeswoodrow.com/ . If that is not considered as Jack of all trades, I am not sure what is.

The Afro-Caribbean Brit, a columnist at ‘The Voice’. For a number of years, I have heard about Anthony Douglas and his positive impact on the community. Mr Play who he is often known as. He is a shining example for young men of colour in the UK. Anthony was recently featured in The Voice as ‘one to watch in 2017’ with amazing UK talent such as the talented singer Emelie Sande and boxer Anthony Joshua, talk about being surrounded with good company. One of the newest columnists on the paper, the Brixton born and raised individual who is also an entrepreneur and a former DJ; another Jack of all trades. Anthony is a great example of how you can create endless opportunities for yourself and not be limited in one bracket. Mr Play is definitely one to watch this year.

Nicholas who I have previously written about in a previous article, the serial entrepreneur and founder of contemporary brand ODF. Now the co-founder of ‘Unorthodox’ which is a 360-entertainment brand. ‘Unorthodox represents changing the landscape of Urban events’. A fresh and distinctive concept that is about to take a different approach to events. I would recommend event planners, PR researchers, graphic designers to get involved. Nicholas can be found on social media as ‘Nicholas Dex’. Another rising star that is a great example for the youth of today.

Comedian Eddie Kadi, who I have known for a number of years now, the former Kingston University student is a prime example of resilience and hard work. I remember when I was at University, Eddie would come and perform at ACS events. Fast forward nearly 10 years later, his audience is even bigger. A charismatic and determined character of Congolese origin with 42K followers on his Instagram, he recently spoke at a major TED event in London. A presenter and actor who has featured in the British urban film ‘Anuvahood’ back in 2011. He has previously worked with rapper Akon on his ‘Konfidence foundation’ which is dedicated in empowering the youth in Senegal in West Africa. Eddie is a prime example that talent is one thing, however having drive and determination are key ingredients for success.

The UI designer at Sky has described himself as being ‘ a creative individual from a very early age’. Ansbert who is from West London who also goes by the name of ‘Ansking’ who studied at the well-respected Brunel University and also has a master’s degree. Another British born Ghanaian (the Ghanaians are killing it, right?). Ansbert offers a high standard of creative services from photography, video and design. A man of many talents that has worked for high profile media companies such as Perform Group and British music company EMI music. A reserved character that is the epitome of “work hard in silence and let success be your noise”. Ansbert can be found on; http://www.ansking.co.uk/ .

The founder of the divine and fresh Nari palm juice, the young entrepreneur founded the health-conscious drink after a trip to Nigeria and found interestingly Palm juice was becoming his everyday favourite. Coming up with a unique idea to merge fresh, delicious fruits with authentic Palm juice. Simply an idea that turned into a success. Nari Palm juice can be found in the prestige Selfridges and other retail stores in London. I am a believer that God would never just give you an idea for the sake of it, pray and develop it as Tola did. Nari juice can be found on: http://www.narijuice.co.uk/ .

Rocky who has also featured in one of my previous posts, Rocky the co-founder of Traderiser. Traderiser is a research assistant tool that makes market and data easy to understand. Also, the founder of African platform Gyedi.com. Anything that involves start-ups, tech news and gadgets, Rocky is involved. Married and father of three, Rocky is a shining example of hard work and the strive to succeed.

Another former Brunel alumni who has appeared on London live, Denis left the world of banking to launch his own company and work with many international companies to grow here in the UK and abroad. A motivator and productivity coach. A great example of leaving his full-time role to create his own opportunity. One thing that struck me about Denis, was his key to success. He writes on his social media page: “the secret to my success is God”. If that is not a winner, then I am not sure what is. He once quoted; “in life if you want something you have to focus”. He can be found sharing his pearls of wisdom on his social media accounts as ‘Mr work smarter’. Definitely one to utilise this year.

There you have it, positive role models that are striving to make a genuine difference whether it is helping and improving the community or creating their own opportunities. As an individual that believes there is opportunities everywhere we go, there are so many opportunities in this world. You could walk past an opportunity that is standing right in front of you and miss it. As it is the beginning of the year, this is the best time to consider what kind of legacy do you want to create for the future? What is your purpose in life? Food for thought, perhaps?

Latest Photo Reports
Catch up with all the political quotes from our politicians.
Advertise here
More Career & Money
ModernGhana Links
5 Important Things Every BECE Candidate Should Know
Pregnant Fish
Give Women More Top Roles in Hospitality and Tourism, says Jael Agyei Akyeampong
Pay based on performance motivates employees – unless people think it’s unfair
Best Practice for Remote Working and Collaboration
Getting attention on Facebook
Saving Money in a pandemic era; the role of online shops
Impacting lives through e-commerce, the story of a young delivery agent in Accra
Consider These 8 CV & Resume Mistakes When Applying For Jobs
TOP STORIES