What do women find attractive in men?

By Beauty and Tips 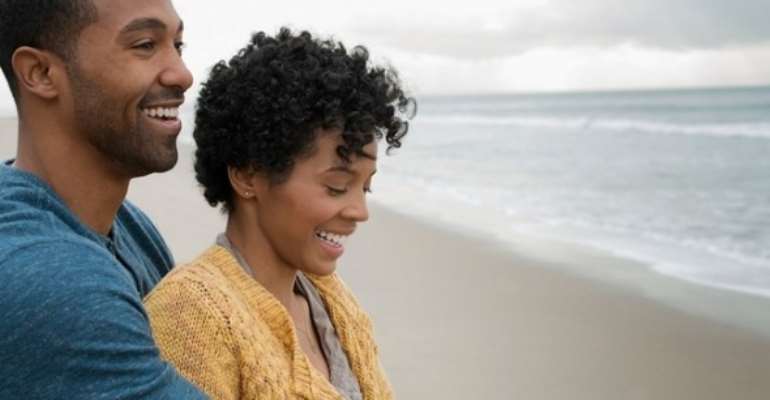 Tall, cute and handsome, that's what people use to say were the traits of an attractive man, but we've moved on a bit since then, and now we know far more about the science of attraction. Of course, everyone is slightly different in what they find attractive in a man, but there are some things about men that make them attractive that it seems that a lot of women do agree on. So, whether you prefer the quiet, intelligent type, or the bad boy is more your scene, here are ten insightful thoughts on what do women find attractive in men.

1. A willingness to have fun
This, according to surveys, is a really big one and, even if a man was perfect in every other way, if was just plain boring and never willing to let himself go and have some fun, then that would be a huge turnoff for most women. Predictability and reliability have their place, but guys, if you want to attract more girls, you're going to have to let your hair down once in a while.

2. Generosity
No, we're not talking about a guy's willingness to give expensive gifts to his girlfriend here; it's his generosity toward other people that girls find really attractive. A guy who cares about people who are less fortunate than himself is what will make a woman sit up and take notice. Making donations to charity, giving up some of his time to do volunteer work, and just generally being kind and generous, these are all things that are high up on a girls list of admirable traits.

3. Strength
Strength comes in many different forms, but a lot of women do like their man to be a man. This doesn't need to mean a man needs to go on a body building course to attract women. Strength can mean assertiveness, strength of character, initiative taking and determination. A man who knows exactly what he wants, and who goes out to get it. That's the kind of guy that a lot of women are after.

4. Intelligence
Just like strength, intelligence can mean different things to different people, so this doesn't mean that a man needs to be a learned professor, and a know-it-all is certainly not an attractive personality trait in anyone, but a man who is thoughtful and has knowledge in his own field, is said by many, to be far more attractive than a man who has no wish to learn anything at all.

5. Athleticism
There is probably no surprise here, but surveys have shown that most women do prefer a man who is fit and healthy. Not your steroid pumped, muscle bound, type of fit, but more the athletic and well looked after look. Like we said at the very beginning of this article, not everyone is the same, but for many women, a beer belly is not going to be what attracts them to a man.

6. A bit of facial hair
In a study of women, which was conducted by The University of New South Wales, researchers found that by far the majority of women thought that a light covering of stubble was more attractive than either being clean shaven, or having a full beard. There is some science behind this fact. It is thought that stubble makes a man look more dominant, masculine, and aggressive, and therefore a better choice for a mate.

7. A deep voice
There is some science behind most women's preference for men with deep voices too. A deep voice is believed to be a sign that a man is physically strong, and more able to take care of their woman. Evolution has a lot to do with what we find attractive in the opposite gender, but don't panic guys, if your voice is a bit high pitched, you can actually train yourself to talk in a lower pitch, if you practice, just as a singer can be trained to sing better.

8. Height and a good posture
Evolutionary programming also generally makes women prefer men who are taller than they are and that still holds true today. That doesn't mean that a man needs to be six feet tall to attract a woman, but it does mean that he is more likely to attract a woman who is the same height or shorter than he is. Research has also shown that men who stand up straight and maintain a good posture make themselves look more attractive to women and taller than they really are.

10. A touch of style and class
Even if a man's personal style is nothing more than jeans and a T-shirt, a girl will find it more attractive if those jeans and T-shirt are clean! Taking some pride in their personal grooming and appearance is what many women say is an important part of what makes a man attractive. It's also one of the very first things that a girl will judge a man on when she meets him for the first time.

What do women find attractive in men? What are your thoughts?