8 Definite Signs You’re Dating an Alpha Male, A MUST READ!! 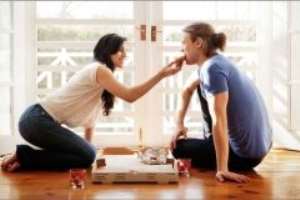 Each guy has an alpha male living inside of him. But not all of them are actually alpha males. There are many benefits of dating an alpha male, but this kind of relationship can bring many troubles into your life. Alpha males are confident, strong, dominant, even-tempered, brave and patient, but all these traits (that women are looking for in men) don’t make them perfect partners. Alpha males are driven by their needs, passion, wishes, goals and dreams. They are selfish at times and they don’t let women prevent them from doing what they want. Anyway, if you believe an alpha male is an ideal partner for you, here are a few surefire ways to figure out if you are dating an alpha male.

1. He’s confident when speaking: There’s no ‘um’ in his speech. He doesn’t hide his eyes. He is confident about what he says and expresses his opinions without hesitation and regret. He rarely lies, which is why he’s not afraid to keep eye contact. But don’t expect him to keep your conversation going all the time. Alpha males don’t handle women with kid gloves. Plus, they don’t like shy girls.

2. He’s dominant: Alpha males know their power and show it whenever and wherever possible. If your boyfriend has a dominant body language, it’s one of the signs he’s an alpha male. He never crosses his legs and arms, but always walks tall and confident. He avoids dominant, strong and independent women because he likes to give orders more than carry them out.

3. He’s calm and reasonable: Men cope with problems in different ways. Some of them are anxious, nervous and hesitant, while others stay calm and solve even the hardest situation without all those worries and emotions. Alpha males believe that only women can be emotional and hesitant. Alpha males are confident. They know what to do and they won’t stop until they do it. If your boyfriend always keeps his word, you might be dating a real alpha male.

4. He’s brave: When it comes to dating an alpha male, doubt and shyness have no place in this relationship. Instead of saying, “would you like to take a road trip,” “maybe we will go to a party tonight,” or “where would you like to spend your vacation this year,” he’ll say something like, “let’s take a short road trip today” or “let’s go to Greece this year.” He’s always ready for any action and isn’t afraid to take a responsibility.

5. He knows his words’ worth: When an alpha male tells something, he really means it. If he thinks there’s nothing to say, he won’t say a word. He is straightforward. The advantage is you shouldn’t spend hours guessing the meaning of his words because he says what he thinks. The disadvantage is that his words can often hurt you because he doesn’t care about how you feel. It doesn’t mean that he is rude or selfish. The thing is that when speaking, an alpha male doesn’t worry about what others think about his words.

6. It’s hard to make him smile: Alpha males are mostly serious and thoughtful. They don’t smile and laugh just like we do when see or hear some funny things. They usually give half smile and think it’s enough for them. However if you’ve made your alpha male smile or even laugh, it’s a sign he truly likes you.

7. He takes care of his body: Even though men can’t decide what weight and height they want to have, they do anything possible to look like a real man. They work out regularly to build and tone up their muscles. They don’t drink too much alcohol and avoid eating fast food to stay fit. An alpha male strives to look athletic and learn how to protect himself and people he loves in a dangerous situation. He doesn’t afraid to fight because he is aware of his own strength.

8. He avoids drama: An alpha male won’t spend hours fighting with you over trifles. All those boyfriend/girlfriend dramas aren’t for him. He will listen to you for a few minutes to understand what you want. Then, he will express his own opinions and your conversation is over. He will teach you to cope with problems without fights and dramas. If you don’t learn this lesson, chances are he will break up with you.

If you are dating an alpha male, perhaps you are lucky. Be smart but don’t lose your self-worth. Just because alpha males run away from strong and independent women doesn’t mean you should be quiet and humble. Love and respect yourself too. Are you looking for an alpha male? Why?