What Happened When Scientists Put African Americans On An African Diet? 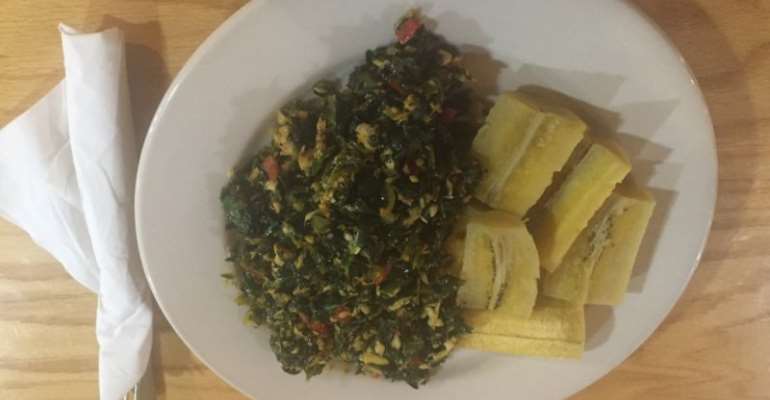 In recent years, public health experts have acknowledged that lowering the risk of the cancer among people of color in the United States, particularly African Americans, will require diet and environmental changes that can only come about through a combination of government intervention and individual fortitude.

However, questions remain about what the ideal food selection should look like for African Americans, a group plagued by significantly high rates of obesity, heart disease, hypertension, diabetes, and other physical ailments. A recent study suggests the answer may lie in the diets of their counterparts across the Atlantic Ocean in the rural parts of the Motherland.

In a study conducted at the University of Pittsburgh, 20 African Americans and 20 South Africans switched diets for two weeks. In this time, the Africans consumed traditional American food — meat and cheese high in fat content — while African Americans took on a traditional African diet — high in fiber and low in fat, with plenty of vegetables, beans, and cornmeal, with little meat.

After the exchange, researchers performed colonoscopies on both groups and found that those in the African diet group increased the production of butyrate, a fatty acid proven to protect against colon cancer. Members of the American diet group, on the other hand, developed changes in their gut that scientists say precede the development of cancerous cells.

“We wanted to show how diet changes cancer, so we used biomarkers and looked at the proliferation rate that has been tied to cancer,” Dr. Stephen J. O’Keefe, the lead researcher, told ThinkProgress. “We were astounded by the gravity and the magnitude of the changes. In Africans, the diet changes produced microbiota that were cancerous. All this happened within two weeks and was quite astounding. The more we talk about diet, this will be important for all Americans, but most importantly African Americans,” said O’Keefe, a professor of medicine in the Division of Gastroenterology, Hepatology, and Nutrition at the University of Pittsburgh.

Although more than 90 percent of Americans don’t know there’s a link between diet and cancer risk, the American Society for Clinical Oncology recently announced that obesity will soon surpass tobacco as the leading cause of cancer. Since the 1970s, rates of obesity have more than tripled, causing nearly 1 in 5 cancer deaths and $50 billion in healthcare spending, according to the Centers for Disease Control and Prevention. Previous research has connected obesity with aggressive breast cancer in postmenopausal women and prostate cancer in older men.

This risk factors are exacerbated for people of color. The Centers for Disease Control and Prevention designates heart disease, cancer, stroke, diabetes among the top 10 leading causes of death for African Americans. African Americans are 1.8 times more likely to develop Type 2 diabetes and 1.4 times more likely to be obese than their Latino and white counterparts. This holds especially true for those who have sedentary lifestyle, most likely brought on unsafe neighborhood conditions, inadequate access to parks and recreation centers, and long distances to important locations, as outlined in recent reports.

In general, health experts contend that a balanced diet that includes bread, fruits and vegetables, dairy, meat and fish in tandem with physical activity can keep people in shape, reducing obesity and ultimately the likelihood of cancer. But the most popular American foods are not always the healthiest. At least one quarter of American adults eat fast food every day, which has been linked to weight gain.

Soul food was developed during the era when slave masters gave enslaved black people the undesirable cuts of meat. Farming and hunting for wild game — including possums, rabbits, squirrel, and waterfowl — provided African Americans with the ingredients needed for the ideal soul food dish. However, historians say that some of these items didn’t match the food choices that their African ancestors would have made — similar to the experience that Native American communities had after the U.S. government relegated them to settlements where they couldn’t engage in their indigenous lifestyle.

For African Americans seeking a balanced diet that incorporates the eating habits of their African counterparts, Oldways, a food and nutrition education nonprofit, created the African Heritage Diet Pyramid, a food model that promotes a diet rich in vegetables, fruit, beans, herbs, spices, and traditional sauces. The model also stresses the importance of physical activity and enjoying meals with others.

For some people of color, cultivating that desire to eat healthily and create a bridge to Africa is not without difficulty amid some unfamiliarity about indigenous cuisine. However, the spur in African migration to the United States in the latter half of the 20th century and the opening of African restaurants thereafter has allowed African Americans to connect to their roots through cuisine.

In D.C.-based Ghanaian restaurant Appioo African Bar & Grill for example, guests can enjoy a wide selection of dishes low in fat, oil, and salt similar to what rural Africans take a considerable amount of time to prepare. One such dish by the name of Spinach Fish mixes tilapia and spinach with the natural flavors of garlic, red peppers, palm oil, and onions. Patrons can enjoy this meal with a side of boiled plantain.

For many African Americans, particularly those living in low-income communities, adopting this lifestyle may be easier said than done. Even if people of color wanted to incorporate healthy food into their diets, many of them account for the more than 49 million Americans who live in areas with high food insecurity, where the nearest grocery store is more than one mile away from their home. Many times, funds from the Supplemental Nutritional Assistance Program won’t suffice. Additionally, an inflexible work schedule and the stress of paying bills also relegates many poor people few options beyond purchasing fast food for their families — activities less likely to occur in rural regions of Africa.

The federal government has jumped in, doling out more than $500 million to businesses to encourage them to set up shop in food deserts, as part of its Healthy Food Financing Initiative. Effectively changing the diets of low-income families, however requires more than placing healthy food sources in their communities, as shown in a recent studies that designated education level and food preferences as a greater indicators of variety in food intake, highlighting the 10 percent disparity between college-educated and high-school educated households.

Researchers, including Dr. O’Keefe, have concluded that changing people’s diets would also require challenging their perceptions about diet and health. O’Keefe, in particular, said he plans to study the issue further as part of an effort to help people of color understand the importance of a balanced diet.

“It’s much safer and effective to prevent cancer than to treat it. The earlier you start thinking about what you eat, the better,” O’Keefe said. “With the tobacco-cancer link, it took a lot to stop people from smoking. People are concerned about their health. Many of us have friends and colleagues with colon cancer. We have to keep in mind that even though we’re omnivores, it’s about a balance in meat and fibers.”