The One Reason Why Parents Must Champion Child's Dream 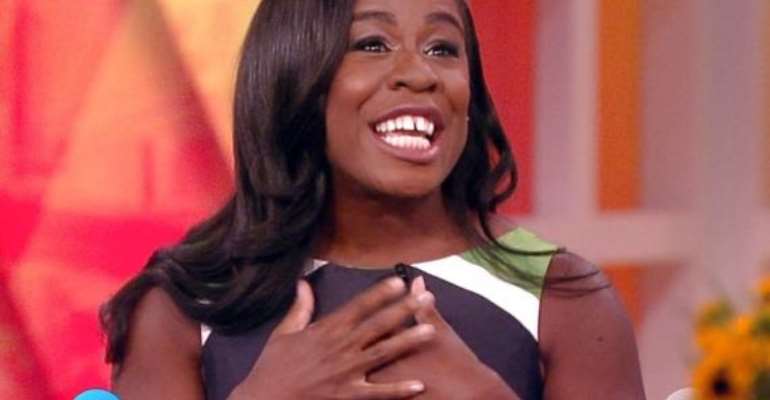 There’s a lesson to learn from Emmy Award winner Uzo Aduba in connection with how parents manage their children’s passion to reap the utmost benefit for the child; an indirect honour for the parent as well.

To briefly introduce this August American actress - Uzoamaka Nwanneka Uzo Aduba was born in Boston, Massachusetts, the daughter of Nigerian parents of Igbo origin. She grew up in Medfield, Massachusetts and plays Suzanne “Crazy Eyes” in Netflix’s “Orange Is the New Black”.

Uzo in an interview with top entertainment website wrap.com opened up about the influence of her mother in her life and the energy and sacrifice she put into her and her siblings as a push that yielded her the achievement she relishes today. She said, “My mum used to say … my American dream is for my children to be able to live their dream…” “she has been my greatest champion” she added. For Uzo, her mother has always believed in her passion.

Now, most parents will confess to the fact that, they are the first mentors of their children. As every child in their subconscious mind believes their father is the strongest in the world, their mother is the prettiest in the world, both parents are the richest and wisest of all! But sadly, in many homes in Ghana and some parts of Africa, there is this silent battle between the child and the parent. This begins with the 'fear syndrome' that makes the child revere their parents in a way that prevents them from opening up to them - a huge confident killer in children.

Some children may have very good relationship with parents but when it comes to deciding on their career, parents deem it fit to choose a particular field for their wards. Some embrace this and suffer in silence and eventually are not able to emerge the ‘giants’ they are meant to be.

The culture of wisdom in the gray hair as opined in Africa. is great and that is the more reason why I believe it could be tapped to harness the potential of upcoming children in whatever career path they choose. Respect for the aged is crucial in a typical African environment, but the love of a parent is absolutely essential in nurturing children.

The entire world population cannot become president or doctor or athlete or lecturer and an engineer alone. We are all a mix of a variety of talents, potentials and creative abilities at different levels. And these are all important to the development of a nation and the world at large.

Thus, guidance is key to the holistic development of the modern day child. It is even better with the advent of the virtual social networking tools that are rife. As much as these social networking tools widen the horizon and perspective of a child, it can also be devastating if they pursue it unaided. But if only parents will stick around and guide the choices of children and the resources they have available, not only will great talents emerge and soar but children will be empowered to follow through their dreams and win.

This is a key step to absolute liberation of the unlimited capabilities of this generation. Ghana awaits the giants lying silently within our sober children relegated to the background and parent play a key role in awakening the giants within.