Accepting Yourself Wholly Is The First Step Towards Achieving Your Aspirations 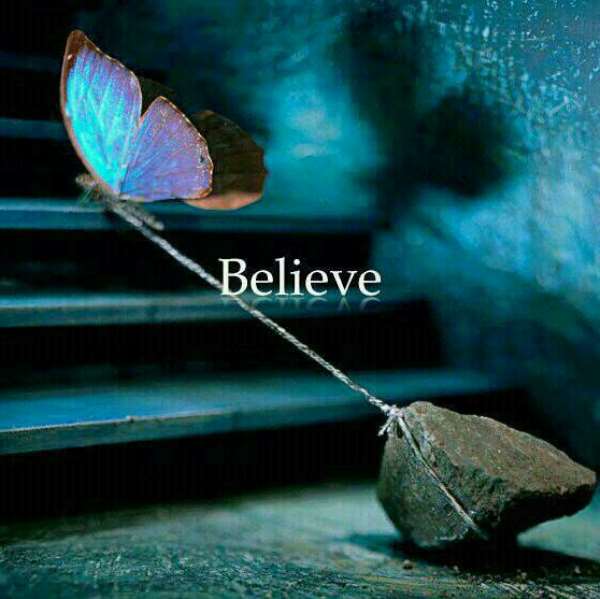 Beloved, are you with two hands, two legs, normal eyes, normal ears, are you with three pounds of grey matter and still yearn to give up in life just because people are tagging you as a dullard? Do you also yearn to give up just because you've written zillions of application letters without any response? Do you yearn to give up or perhaps thinking of terminating your precious life because you've been withdrawn from the university or you've been sacked from your work place? Have you forgotten that the downfall of a man is not the end of his life? Have you forgotten the great Ashanti adage which says it has bent but not broken? Beloved whatever problem or perhaps problems you are facing just combat it today before the brain interpretate it as a normal phenomenon or else, it will hunt you forever.

You just need to work hard, visit the drawing board to access yourself as to what went wrong and what you need to put in place to make you a champion. Increase the time you spend in preparing yourself. These are what you should be doing instead of opting to give up. Nobody is born to be a dunderhead. You are also destined for great things. You can also make it because you have a brain and there is nothing you can not achieve with your brain. How many times have you written the application letters? If you are withdrawn from the university or work place who told you that is the end.

Do you know the number of times Alexander Graham Bell and his co-inventor worked on the telephone without succeeding? Do you know the number of times Thomas Edison and his crew worked on the electric bulb without succeeding? But they never gave up and as such their brains kept on processing and relaying to them different ideas as to how to develop it. And that is how come they were able to invent the gadgets.

Are you also a leper, cerebral palsy, epileptic, mentally challenged individual and yearn to give up all because of the stigmatization?

I can say without any fear of contradiction that, you have absolutely no point in seeking to give up if you fall under any of the above mentioned characteristics. Because, I have seen cerebral palsy, lepers, epileptic, mentally challenged individuals, individuals with no hands, individuals with no legs, cripples defining the odds and went all the way and made it in life with ease. So do you have a point in giving up? Answer yourself before you read the next sentence. Will giving up solve your predicaments? No is obviously the answer. It rather complicate them and give people more reasons to stigmatize you again and again. Just tell yourself you are bigger than your predicaments and work towards weeding out the problems and I assure you there will be no more stigmatization even if you are a disabled. Let me cite for you factual reasons why i said you have no point in giving up.

Farida Nana Efua Bedwei is a cerebral palsy individual. Yes cerebral palsy. I even feel shy calling her cerebral palsy individual because she has achieved something that I, who calls myself a normal person could not achieve it. But to be frank, that is what she is. She was diagnosed with the condition when she was ten days old. Cerebral palsy is an incurable disease. It affects movement, ones ability to talk, swallow and hear. It also affects vision, stiffness of muscles and with seizures. Unarguably, it is a disability. But she said been disabled does not mean disadvantages. Today she is a software engineer. A programmer. She has designed a cloud software which is used by over 130 microfinance companies wold wide. She is also ranked as one of the most influential women in Africa. In 2012 she received a special award from his Excellency John Dramani Mahama. Again, she is the chief technical officer of a software company called Logiciel.

She has employees. And not forgetting, she is an author. What a woman. Can you call her disabled today? Do you still think of giving up? You better not and start working because you have no point. Indisputably, her parents protected her, motivated, inspired, created a sound and conducive environment for her and above all, loved and accepted her whatever she is. But I give her most of the credit. Why? Had she conceded in her mind that she is disabled and good for nothing, there is absolutely nowhere she would had achieved what she is achieving today no matter the doings of her parents. I always inspire myself with her story. That is good patenting. What kind of parent are you?

Again, when the first Siamese twins appeared in the world, some said it was a punishment for their parents because they might had committed an abominable offense whiles others said it was a disability. The brothers were joined at the sternum by a small piece of cartilage. They shared no organ but the liver. They could not be separated because they were the first conjoined twins. So the technical know how as to how to separate them was not available. But they survived thanks to their parents. Their patents accepted and loved them no matter the stigmatization. When they grew up, they also accepted themselves wholly regardless of the stigmatization and the tagging. They realized they were funny so they built on it. They became renowned globally within a blink of an eye and made zillions of dollars out of it.

They could have remained indoors forever but they did not because they believed there was no difference between them and other people. Those who were stigmatizing them later had to pay money to watch their shows because, as they were busily stigmatizing them, they were also busy developing their talents. Their director who was a British, also toured with them to different countries. For curiosity sake, people paid huge sum of money to see and touch them. They married two sisters and fathered with them 21 children. Yes 21 children. Do not tell me is impossible for impossibility does not exist on this planet. Are you still thinking of giving up just because of your minute problem or failures?

Furthermore, Nick Vujicic is an Australian evangelist and a motivational speaker. He has no limbs. Yes he is without legs nor hands. But today he is a millionaire with a wife and two children. He has degrees. He admitted he was having problems at the initial stage of his life but not after he accepted himself wholly. There is absolutely nothing he can not do. He is a disabled but with brain, pride as well as dignitary for that matter. He swims, surfs, writes, dress up and inspires a lot. He has given several motivational speeches in so many countries. And above all, he is an author and has also starred in short films. He has so many inspiring quotations but I will share with you only three. If I can encourage one person, then my job in this life is done. But today he has encouraged and inspired millions. Am gonna try again and again, because the moment I give up is the moment I fail. It's a lie to think you're not good enough. It's a lie to think you're not worth anything.

But the only difference is that, he is three or probably hundred steps ahead of you because, while you are thinking of giving up, he is not. Your problem is not bigger than his. He has made it with ease by just believing and accepting himself. What shows you can not also make it? We all have the same three pounds of grey matter in our skull. Don't we? Up gentleman and chase your ambitions and stop demoralizing yourself and the blame games for your destiny is in your own hands. No sorcerer can make you a champion neither can he also make you a failure. Your brain is your arsenal. Fight and make significant meanings to your life with it. Accepting yourself wholly, is the first step towards achieving your aspirations.

Beloved, never give up but rather keep on pushing a bit by bit for there is always light at the end of the tunnel.

Always have it in mind that, pain is temporary but glory is forever.

I will like to cite an example here again. There is this politician who was once advising me. He told me he used to trek after the cars of their party leaders when he was a young man. His duty was to shield their aspirant by then, from possible assassins because he was strong and brave. He said he was not happy doing it but his duty was making him popular and he was also looking at the bigger picture and that is the future. Today he is a renowned politician, a billionaire and a philanthropist all because he endured and never gave up. Where is the excruciating pain he was experiencing? Totally vanished and now, he is witnessing perpetual glory and blissful life. People also salute him when they see him. Are you still seeking to give up at this juncture? Even animals do not give up so easily.

If you doubt me try chasing a cock with the intention of catching it. You will be baffled with how it will torment you. To sit down and resign hands down to fate is madness. No matter how the rain whips the leopard, it does not wipes it spots. Does it? No is absolutely the answer. Hard work and perseverance will not kill you. They rather strengthen you and cause you to be hungry and more purposeful enough towards your aspirations. Always remember that, winners never quit and quitters never win.

Are you also seeking to quit school because you have a couple of FS in your examinations? Quitting is not the solution if you are to be frank to yourself because, you are not a dunderehead and as such, do not deserve to fail. It is the girls you've been chasing or probably the boys you've also been chasing, that is why you do not get enough time for your books.

If you do not sacrifice the ladies for your certificates today, you will end up losing both tomorrow. Enough of the social media and marry your books. If you say no to the ladies and concentrate on your education, in future you will have zillions of exquisite women with stunning beauty rather chasing you. Remember we speak to a wise in parables but not in so many words. So I will end here.