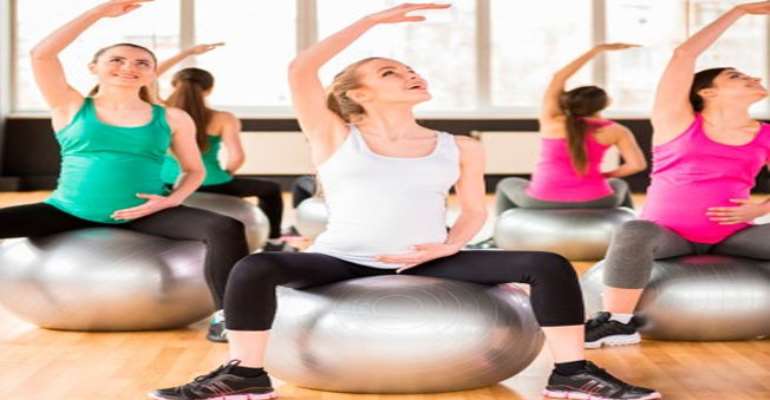 If you really want a natural birth , it might be time to hit the gym . According to an analysis of 28 health studies , published in the journalObstetrics and Gynecology, women who exercise during pregnancy are 20 percent less likely to have a Cesarean section, which could be because staying in shape keeps your newborn from being born too large for a safe vaginal delivery. Any exercise can be beneficial

Only about 15 percent of pregnant women in the U.S. are meeting the recommended 30 minutes of moderate exercise a day on most days of the week, says study author Margie H. Davenport, PhD, an assistant professor in the Program for Pregnancy and Postpartum Health, University of Alberta. Davenport says this may be because folks are still nervous that exercising will hinder the growth of their infant since an older study made that claim. “Now we know that babies are being born quite large and most women aren’t getting enough exercise,” she says. The University of Alberta’s analysis of the studies demonstrated that prenatal exercise reduced the odds of having a large newborn (with birth weight greater than 8.81 pounds) by 31 percent without increasing the risk of having a small newborn.

But how much exercise is needed to avoid a C-section? In the 28 studies Davenport’s team looked at, prenatal exercise ranged from one to five times per week, 15 to 70 minutes per session, and lasted anywhere from six to 33 weeks. But this much disparity makes it difficult to pinpoint a magic exercise formula, according to Davenport. While the research team didn’t analyze the birth weight of women who had C-sections, “we do know from previous research that women with large babies are more likely to have a C-section,” Davenport says.

What’s wrong with a big baby?
Of course having a big, healthy baby is every mom-to-be’s wish, but sometimes bigger is not always better. Not only does having a larger baby increase your chance of a C-section, but it can also put you at risk of gestational diabetes in a future pregnancy, which can lead to type 2 diabetes later . Giving birth to a baby that’s over the 90th percentile for gestational age and sex also puts the child at risk of shoulder dystocia (when their shoulders get caught in the birth canal during labor) and the doctor may need to use forceps or vacuum extraction to deliver him, while meta-analyses have shown that babies born over 9 pounds tend to be heavier in childhood and later in life.

So if you want to increase your odds of your baby being born with a birth weight that’s just right, take up a regular exercise routine, like walking or yoga. “I hope women can be empowered by this message that leading a more active lifestyle during their pregnancy can reduce their risk for labor complications and result in a healthier baby,” Davenport says.