Smoking related deaths on the rise, WHO warns 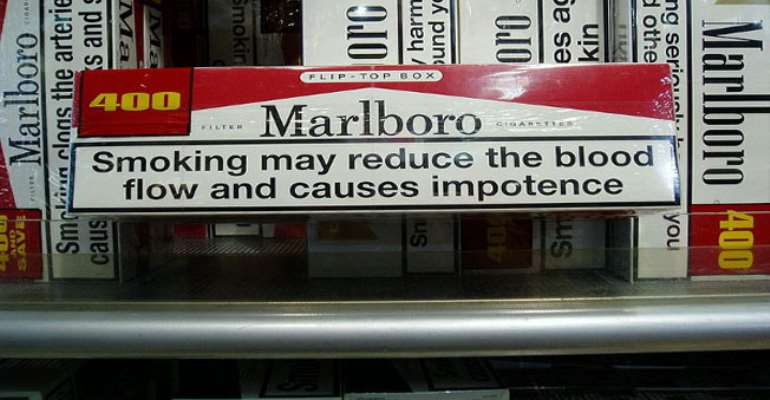 A poisonous cigarette pack:
World Health Organisation (WHO) has warned that that smoking-related deaths would increase to 8 million a year by 2030 unless further anti-smoking measures were taken.

She said this was more than the combined fatalities from AIDS, malaria and tuberculosis.

Chan said although the percentage of smokers was dropping in many countries, the overall number of smokers was rising because of global population increase.

WHO chief said currently, 33 of WHO 194 member countries had levies amounting to 75 per cent of the overall sales price, as recommended by the agency.

She urged more governments to join the crusade and implement high taxes on tobacco.

Chan said raising taxes on tobacco products was one of the most effective and cost-effective ways to reduce consumption of cigarettes, while also generating substantial revenue.

She said a recent research showed that increasing tobacco prices by 10 per cent, reduces tobacco consumption by 4 per cent in wealthy countries.

“The effect is 5 per cent in low- and middle-income countries, which are home to 80 per cent of the world's 1 billion smokers.

“In France, cigarette prices have risen sharply since the early 1990s, while the lung cancer death rate has dropped since the middle of that decade.

“Besides causing lung problems, smoking also raises the risk of diseases including cancer, heart disease and diabetes,'' she said.

Meanwhile, WHO has pointed to the Philippines as a model, where the government has steadily increased tobacco taxes and earmarked 15 per cent of the new levies to support tobacco farmers and workers in building new livelihoods.

Be strong — Isaac Adongo consoles Bawumia with a cow for mot...
41 minutes ago