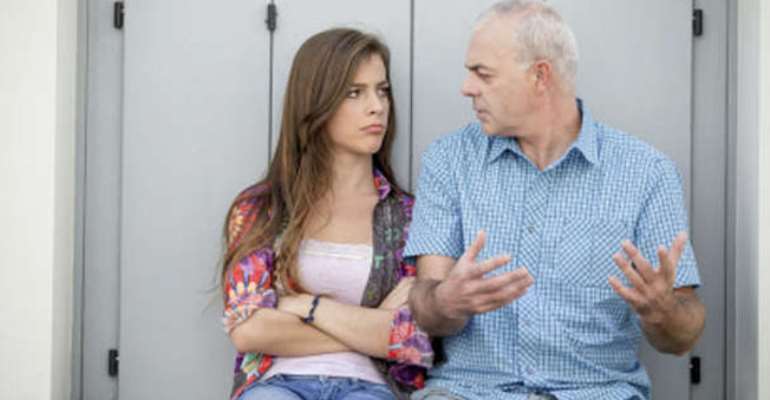 It may not seem like a big deal today, but shielding kids from consequences can have long-term consequences for parents. The following true story connects the dots on how we literally can’t afford to raise codependent kids or be enabling parents.

The quarter in which the Florida housing market crashed was also the quarter my friend’s brother Bill closed on a house he clearly couldn’t afford. He financed 110 percent of the purchase price, spent the extra cash on cosmetic upgrades, immediately put the house back on the market, and waited for his big payday.

Bill’s salary wouldn’t nearly cover the mortgage, so his parents bailed him out. Within a year, the house tanked 40 percent of its value—long story short—Bill lost both the house and $50,000 of his parents’ money.

Bill is 45 years old, and he’s gone through a lot of his parents’ savings over the past 25 years; but there’s little chance he’ll change until they’re as broke as he is. Why? Because they’ve been codependent since the enabling started in the first grade.

It started small, such as Mom doing his chores so Bill wouldn’t get in trouble with Dad. Quickly, it moved to homework cover-ups and “science project by parent.” Then it graduated to Mom covering when he skipped school; Dad lying to the police when he wrecked a car he didn’t have permission to drive; and increasingly large financial defaults. By the time Mom and Dad let Bill move back home after failing college (no questions asked), he felt entitled to every bailout that came his way. The bailouts just kept getting bigger.

Naturally, we’re all concerned about keeping our kids safe and happy. But we raise our children to fly, not flop around the nest. One day, we’re going to have to let go and, when we do, it’s a good idea to make sure they’re equipped and ready. Or they’ll end up like Bill: pushing 50 years of age and still suffering from failure to thrive.

1. Expect more of them. We all tend to rise to the level of expectation. A two-year-old can learn to pick up toys. A 3-year-old can help to set the table. A 4-year-old can take dirty clothes to the laundry room and learn how to operate the machine. The more, and the earlier we train children to contribute, the more self-reliance will become a part of their DNA.

2. Allow (managed) natural consequences. Typically, there is no better learning tool than to experience the consequence of behavior. A 5-year-old refuses to clean up the toys in the middle of the floor? The toys visit the attic for a prescribed amount of time. A 10-year-old curses? Get a dictionary, then handwrite five acceptable words that mean the same thing, plus their complete definitions. Establish a direct line between behavior and a real world result.

3. Be consistent. Mom and Dad need to be on the same page because learning thrives where children know what to expect. When children understand that what they do or do not do makes a consistent and measurable difference in the quality of their life, they will become more likely to accept responsibility for themselves and work to impact the outcome more favorably.

4. Be clear. Leave no doubt as to the outcome when encouraging children to accept responsibility. Then having made ourselves clear, we need to follow through. This is why it’s important not to threaten beyond our willingness to enforce. If we say, for example, “If you do that again, I will take away your phone for a month,” but then only take it away for one day, we have created a problem.

5. Trust them. Having made ourselves clear, we must demonstrate trust by getting out of the way. We can’t expect a child to grow if we treat them as if they are incapable of doing what we ask. When they succeed, we congratulate. If they fail, we follow through on consequences because we believe they could have done better.