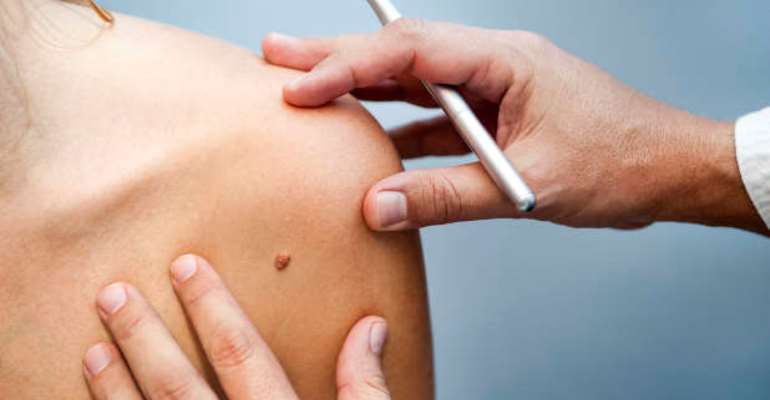 Melanoma is responsible for about 9,000 deaths per year in the U.S. ( iStock photo )

We spend a lot of time talking about preventing sunburn, and for good reason. A person’s risk for melanoma—the deadliest form of skin cancer—doubles if he or she has had five or more sunburns.

Skin cancer is the most common form of cancer in the U.S. More than 90 percent of melanoma cancers are due to skin cell damage from ultraviolet (UV) radiation exposure. Melanoma is responsible for more than 9,000 skin cancer deaths each year. In 2011, more than 65,000 melanoma cancers were diagnosed. I was one of them.

I noticed a mole on my back always itched when I got out of the shower. So I went to the dermatologist, who took one look at that mole and said, “That’s melanoma.” Of course, to be certain, he performed a biopsy on that mole, and of course, it tested positive for melanoma.

I was sent to a surgeon, who cut-off the mole (and a huge chunk of skin surrounding it) and was told he THINKS he got it all. They never promise they got it all. After all, it only takes one microscopic, stray cell to migrate to the lymphatic system, at which point it can travel to any part of the body, such as the abdomen, and grow into a sizeable tumor.

As with all cancers, the survival rate for melanoma largely depends on how soon the melanoma was detected and removed. We should all see a dermatologist once a year for a full body exam. However, most melanomas are detected by the patient at home, not the doctor in the office. Therefore, get familiar with what your body looks like.

Be on the lookout for moles that could be melanoma. Look EVERYWHERE, such as between your toes and between your legs! Get someone to look in areas you can’t see, or do some fancy work with your mirrors. As I mentioned, moles that itch, like mine did, should be looked at by your dermatologist, but there are many other things to consider. In a nutshell, they are called …

B=Border: You want to be on the lookout for uneven borders, which can be trouble. See a dermatologist if the edges of your mole are notched or scalloped. Non-cancerous moles have smooth, even borders.

C=Color: If your mole is more than one color, it could be melanoma. Benign moles usually are just one color, and that color is usually brown. However, problem moles that should be looked at by a dermatologist have a number of different shades of brown, tan or black. Some melanomas could even be blue or red, even white.

D=Diameter: The size of mole matters. Look for ones that are larger in diameter than a pencil eraser, which is about 1/4 inch, as a warning. Smaller moles tend to be benign.

E=Evolving: Evolving means changing. Know what your moles look like and see your dermatologist if a mole doesn’t look the way it used to look. That was something I noticed about the mole on my back that turned out to be melanoma. Not only did it itch, but it also was getting bigger! Be on the look out for all kinds of change, not just size, including changing shape, color, elevation, or any new symptom such as bleeding or crusting.ncer