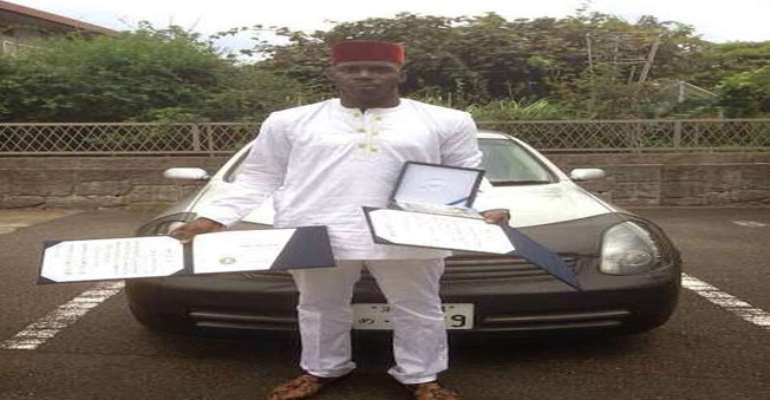 Nigerian student Ufot Ekong has broken a 50 year record in Japan after graduating with a first class degree and best overall student from Tokai University in Tokyo Japan.

The talented student graduated from the university with a first class degree in robotics and electrical engineering.

This is the first time a Nigerian could achieve such success since 1965, Nigerian Bulletin reports.

It was also gathered that Ufot won Japanese language award for foreigners and solved a mathematical equation that could not be solved 30 years ago in his first semester.

Asides from studying hard and paying himself for the education, Ufot works at Nissan. He has already made two patented products. Recently, he developed an electric car that could go as fast as 128 kilometers per hour.

Undoubtedly, bright future is waiting for Ufot Ekong, who made the nation proud.

Earlier this year, we reported about a 17-year-old high school senior who also achieved unbelievable success when he was accepted by eight of the most prestigious universities in the world.