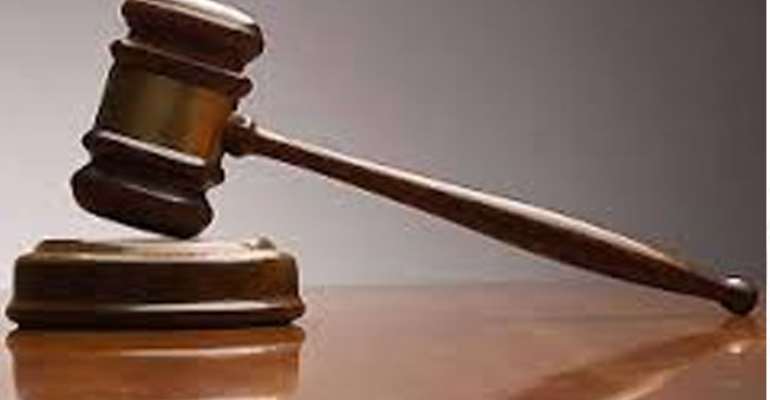 A doctor and his wife from north-west London effectively 'owned' and kept a young man as a slave for 24 years, a jury has been told.

Ofonime Sunday Inuk was about 14-years-old in 1989 when he left his native Nigeria with Emmanuel and Antan Edet, travelling first to Israel before arriving in the UK.

He stayed at various addresses with their family where he cleaned and looked after the couple's home and children, Harrow Crown Court was told.

He had been introduced to the married couple, who worked in the NHS, through a family friend in Nigeria.

Mr Edet was a trained obstetrician and gyneologist and Mrs Edet was a senior sister at a hospital.

The deal was that the youngster should be paid for his work and receive an education, but this never happened, the court heard.

Instead he went unpaid, was not given a decent education and was left to sleep on the floor or in an outhouse, prosecutor Roger Smart said.

He would eat by himself and was stripped of his passport, the lawyer continued, adding the defendants had 'to all intents and purposes owned him, controlling nearly every aspect of his life down to his very name'.

Emmanuel Edet, 60, and his wife Antan, 58, of Perivale, have pleaded not guilty to holding a person in slavery and servitude and assisting unlawful immigration.

They deny a further count of cruelty to a person under the age of 16.

The court was told the defendants had also changed Mr Inuk's name so that he had the same surname as their own.

Mr Smart claimed this was 'neither his [Mr Inuk's] choice nor his desire but provided a means by which the defendant could move him not only domestically but internationally at their convenience and whim'.

Mr Smart told the jury that Mr Inuk had become so dependent on the Edets that he felt he had no choice but to stay with them.

He was told that if he left the house and reported matters to the police he would be arrested as an illegal immigrant and sent back to Nigeria.

Mr Smart told the court: 'The victim has described as having spent 24 years of his life and having nothing to show for it – his mother has died, he has no means of returning to Nigeria. He was entirely dependent on them and they deprived him of his adolescence, his education and his family life. They have treated him beneath contempt.

'It was clear the Edets did not like him obtaining even the modicum of freedom and, ultimately and without any care to him, they removed him from the course.

'When he did not meet their exacting standards, they hit him and punched him – he recalls this particularly clearly in relation to his trying to apply for college.'

Mr Inuk had tried to ask for his passport back in around 1995 but, Mr Smart told the court: 'Every effort made by Ofonime to enjoy basic rights were thwarted by the Edets.

'Having asked for his passport he was provided with a copy but the vital part with the visa on it, the part showing his status, was denied him.'

Mr Inuk's family contacted the Edets in 2004 after they received a letter in which he described how he was being treated.

A row later broke out between the Edets and Mr Inuk's cousin but the Edets claimed they had sent money and passports to Nigeria. They also claimed they had transferred money into a bank account but Mr Inuk had no knowledge of this account, the court was told.

A friend gave him a mobile phone which he hid from the Edets.

Mr Inuk, who was living with the Edets in Perivale, went to police at Greenford, west London, but they took no action. The matter was recorded as a missing passport and 'it was incorrectly believed by the officer to whom it was reported that he could not help', Mr Smart said.

'Ofonime took no further action, believing that in the absence of his passport and this inability to prove who he was and why he was here, that he was an illegal immigrant and would not believed.'

This fear was compounded when Mr Inuk and his friend went to Ealing social services only to be told there was nothing they could do for him because he was an adult, Mr Smart added.

The Edets went to Nigeria for Christmas 2013 and Mr Inuk used the chance to send an email to a humanitarian campaign group about his plight. The police were then alerted.

The officers who spoke to Mr Inuk found he was a 'nervous and timid' man who hung his head low and appeared 'almost servile', Mr Smart said.

The Edets were arrested in March last year
SOURCE: http://www.nairaland.com/