An apple a day may not keep the doctor away, study says 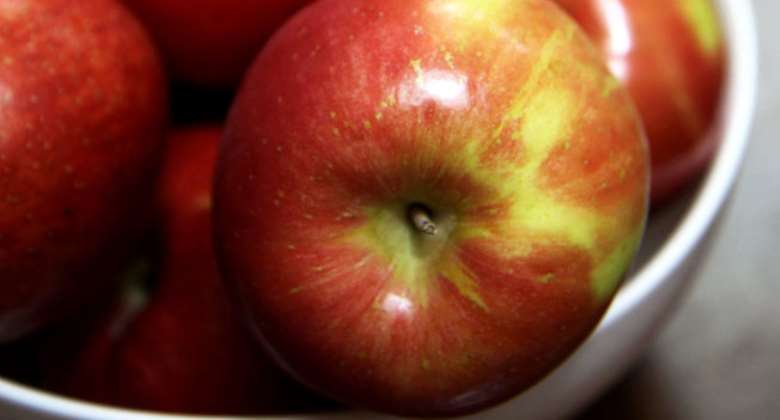 CHICAGO (AP) — An apple a day doesn't necessarily keep the doctor away. That's according to proverb-busting research that found daily apple eaters had just as many doctor visits as those who ate fewer or no apples.

The findings don't mean apples aren't good for you but they do underscore that it takes more than just one kind of food to make a healthy diet and avoid illness.

About one-third of the adults studied said they had no more than one doctor visit in the previous year; the remainder reported at least two visits. A preliminary analysis found apple eaters had slightly fewer visits than apple avoiders — those who ate less than one daily or no apples. But that difference disappeared when the researchers considered weight, race, education, health insurance and other factors that can influence frequency of medical visits.

More about the study, published Monday in JAMA Internal Medicine:

STUDY DETAILS
The researchers looked at data on about 8,400 U.S. adults who took part in government health surveys in 2007-08 and 2009-10. The adults answered questionnaires that included queries about foods they'd eaten in the previous 24 hours and medical care in the past year. About 9 percent of adults studied ate the equivalent of at least one small apple daily. Those who ate less than that were considered apple shunners.

Apple eaters had more education and were less likely to smoke than apple shunners, and fewer of them were white. Apple eaters were slightly less likely to use prescription drugs, but the study lacks information on use of over-the-counter medication and alternative medicine.

STUDY LIMITATIONS
Adults' food choices in the previous 24 hours don't necessarily reflect usual eating habits. The study lacks information on other foods people ate and it isn't rigorous enough to determine whether people who choose to eat apples are healthier or unhealthier than those who don't. The reason for the reported doctor visits also isn't included in the study.

Lead author Matthew Davis, a health services researcher at the University of Michigan, said while the study questions the proverb, “to really disprove it, you would need a different study design.”

HOW 'BOUT THEM APPLES?
Apples are a good source of vitamin C; one medium apple has about 100 calories and provides nearly 20 percent of the daily recommended amount of fiber. Apples also contain small amounts of vitamin A, calcium and iron.

The proverb is thought to have originated in Wales in the 1800s. Apples, which have a long shelf life, were likely one of the few fruits that were available throughout the year, said Alice Lichtenstein, a Tufts University professor of nutrition science and policy. She wasn't involved in the study.

Nutritionists generally agree that apples can be a good food choice. But, said Dr. Steven Zeisel, director of the University of North Carolina's Nutrition Research Institute, “One apple isn't going to be enough to make a difference unless it's part of a healthy food pattern.”

Latest Photo Reports
Catch up with all the political quotes from our politicians.
Advertise here
More Home & Food
ModernGhana Links
You love bofrot? Here’s a healthier version of Africa’s favourite snack
Why you should choose Mz-Vee Catering Services for all your events
Follow these steps if you want to be a pro in jollof cooking
New survey: 1 in 2 people eats less ice cream because of dental issues
Review of the best burger in Accra & Health benefit of eating burger
Birth defects can be corrected – Don’t ignore or delay
Accra: Italian Embassy Hosts ‘Aperitivo in Giardino’ To Mark 5th Italian Cuisine Week
Anwamoo Local Food Festival Held
International Chefs Day 2020: GIZ-Food For All COVID-19 Project Launched
TOP STORIES