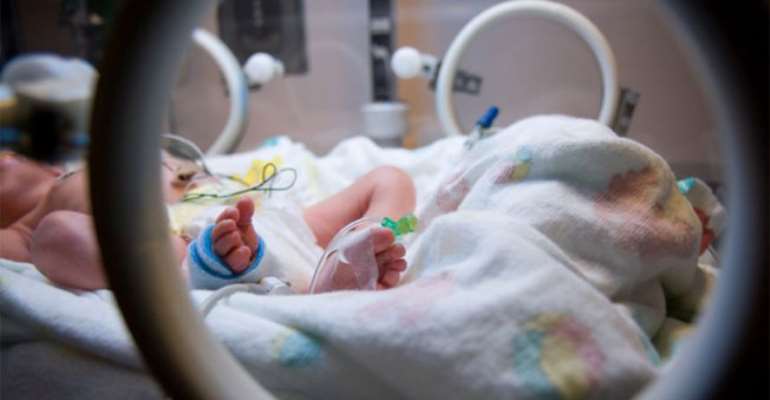 Preventing stillbirths: Therapy may protect fetus from mother's immune system- When a pregnant mother is exposed to infectious bacteria, her immune system kicks into gear and attacks the fetus, which can lead to fetal loss, stillbirth and premature birth— complications for which there is no therapy available today.

But now, researchers have discovered the specific protein that sets off this process, and they say their findings may lay the groundwork for a potential treatment to preemptively and retroactively treat these abnormalities.

“What we know is that during pregnancy, the mother needs to be tolerant to the fetus so that it doesn't reject the fetus like it would reject any other transplanted organ— and that tolerance is very intricately regulated, and has many moving parts that we're only beginning to understand and appreciate. One of the most important aspects of that tolerance is preventing the harmful maternal immune cells from attacking the placenta,” lead study author Sing Sing Way, an infectious disease pediatrician at Cincinnati Children's Hospital, told FoxNews.com.

According to the Centers for Disease Control and Prevention (CDC), one out of every nine infants in the U.S. was born premature— or before 37 weeks of a full pregnancy— in 2012, the most recent data available. Preterm birth in 2010 accounted for 35 percent of all infant deaths, which is more than any other cause, and the condition is also the top cause of long-term neurological disabilities in children. In 2006, the most recent CDC data available, about 25,970 stillbirths were reported. Stillbirths can occur after 20 weeks of gestation.

In their study, published Monday in the Journal of Clinical Investigation, researchers at Cincinnati Children's infected pregnant mice with listeria and observed that subsets of immune cells subsequently attacked the placenta. These cells generated high levels of the chemoattractant protein CXCL9, which then triggered T-cells to target the fetus.

According to a 2012 study by researchers at New York University, in a healthy pregnancy, the parts of the immune system that would recognize the fetus as foreign are restricted from the placenta because CXCL9 is silenced from expression in the protective lining of the uterus, the decidua. But when infection occurs, CXCL9 and other chemoattractant proteins in the decidua activate, thereby breaking down that protective barrier for the fetus, which leads to birth abnormalities and fetal loss.

“One of the major misconceptions I would say is that when a microbe causes pregnancy complications, it's directly related to the microbe invading the placenta and the fetus,” Way said, “but what we've shown is that many times when pregnancy complications are triggered by maternal infection, the injury of the fetus is not caused by the microbe— it's caused by the maternal immune system being reprogrammed to reject the fetus.”

Way said multiple factors play a role in the development of birth abnormalities but that most experts agree infection is the driving force. Many times when women have symptoms of infection during pregnancy, doctors aren't able to identify the microbe responsible. Study authors used the bacteria associated with listeria in their study because it's easily executed in mouse models.

During their study, researchers at Cincinnati Children's proved in two separate mice groups that by neutralizing CXCL9 activity and blocking its receptor on T cells, CXCR3, they protected the fetus from the mother's immune system when a microbe was introduced to the body.

The first group of mice they studied was genetically modified to lack the CXCR3 chemokine receptor, so the harmful immune cells didn't attack the fetuses during the listeria infection. In another group, researchers gave the pregnant, infected mice a protein or antibody with CXCR3-neutralizing properties, and saw that this therapeutic approach prevented stillbirth.

In a separate part of the study, researchers found that blocking a subset of maternal T cells would prevent stillbirth linked not to infection but to pregnancy complications like preeclampsia— a condition characterized by the mother's high blood pressure and fluid retention— as well as spontaneous abortion. Way noted that, while this method wouldn't be applicable to humans because eliminating these T cells would render mothers susceptible to other infections, the therapeutic approach holds potential for future treatment.

“The potential therapy that we're proposing is actually very focused on protecting the most vulnerable tissue during pregnancy, which is the placenta, but it doesn't eliminate any other protective immune cells or components during pregnancy that prevent infection,” Way said.

He said the therapy could be conducted after a pregnant woman presents signs of disrupted fetal tolerance, such as preeclampsia, preterm contractions or fever. Doctors would thereby conduct tests following that initial treatment of the anti-CXCR3 blocking therapy.

“The results of this testing currently take days to weeks, and this represents very precious time during pregnancy where we currently have no therapy to offer,” Way said.

Doctors would administer anti-CXCR3 therapy thereafter to redirect the mother's harmful immune cells away from the placenta, and doctors would couple that treatment with antimicrobial therapy.

Future study of birth abnormalities
Stephen Lye, executive director of the Fraser Mustard Institute for Human Development at the University of Toronto, and vice chair of research in the school's department of obstetrics and gynecology, said Way's findings are exciting because they shed light on how the fetus and the mother's immune system maintain harmony, but that they only provide initial clues for practical application. He said further study needs to be done on other cells that may contribute to birth abnormalities.

“The immune system has many different cells, so this paper focuses on one particular class of immunosuppressive cell— the T regulator cell— and to suppress T cells that could otherwise attack the fetus and placenta. But there are other cells that come into the uterus,” Lye, who wasn't involved in the study, told FoxNews.com.

“The women that have a stillbirth or miscarriages often they might have a series of them … and it's a very, very emotional thing, and so I think we have to be careful that we don't give the impression that tomorrow there's [going to be] a cure for stillbirth and miscarriage,” he added.

Adrian Erlebacher, an associate pathology professor at NYU Langone Medical Center, and the researcher who discovered the importance of CXCL9 silencing in the decidua in 2012, said the therapy that Way's team has suggested sounds promising. One barrier, however, is that pharmaceutical companies today express little interest in conducting clinical trials on pregnant women. That fear may stem from a 1950s clinical trial of the morning sickness drug Thalidomide, which caused nearly 10,000 babies worldwide to be born with shortened arms or legs, or no limbs at all.

“As a result, it's virtually impossible to do clinical trials in pregnant women,” Erlebacher, who wasn't involved in the Cincinnati Children's study, told FoxNews.com. “This is a big conundrum in the way our society faces in how to deal with this problem, and preterm labor is an increasing problem.”

Way said he and his team are awaiting funding to study how small molecule inhibitors that block CXCR3 and other chemokines can affect pregnancy in mice and other animals, like human-like primates. These chemokines are also now being tested in other areas of research due to their link with autoimmune and inflammatory disorders in humans.

Still, he believes his team's initial findings may open the door to immune-based therapies to treat pregnancy complications.

“That is one of the most innovative ideas,” he said. “In terms of microbes and the immune system, it's not just listeria, but there are also viruses, fungi and parasites that have all been implicated in triggering stillbirth. There's no way to treat women against all those different microbes, but here we've identified this pathway, and by circumventing this pathway associated with these infections, we can provide more uniform protection against stillbirth.”