4 behaviors are the most reliable predictors of divorce 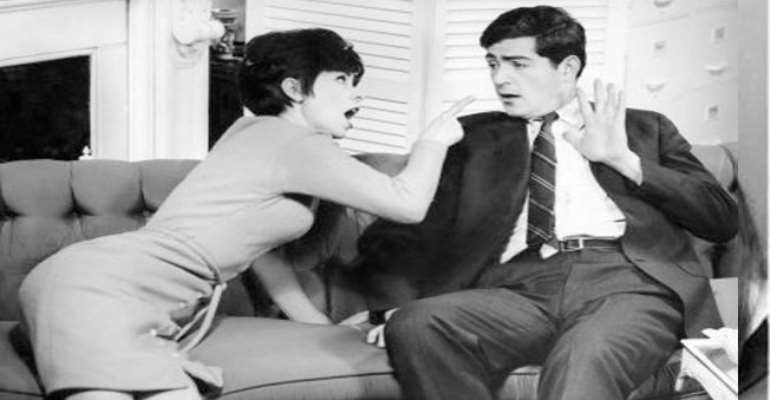 4 behaviors are the most reliable predictors of divorce-Ever been in the middle of a heated argument when suddenly the other person pulls out their phone and starts texting?

If the answer is yes, and if you find it happening constantly, we hope that person isn't your significant other.

This behavior, known as stonewalling, is one of four reactions that John Gottman, a psychologist at the University of Washington and the founder of the Gottman Institute, has identified as a telltale sign that all is not well with a married couple.

In fact, when Gottman and University of California-Berkeley psychologist Robert Levenson lumped stonewalling together with three other behaviors — contempt, criticism, and defensiveness — and measured how often they occurred within the span of a 15-minute conversation, they found they could predict which marriages would end in divorce with striking precision.

When the psychologists added questions about things like relationship satisfaction and how many times the research subjects had thoughts about separating to the mix, they could predict which marriages would end in divorce 93% of the time.

The figure, which comes from a 14-year study of 79 couples living across the US Midwest (21 of whom divorced during the study period), was so striking it spurned the researchers to label the four behaviors “ the four horsemen of the apocalypse .”

While that initial study, published in 2002, was small and focused on a specific population, a decade of research into marriage and divorce has lent further support to the idea that divorce is associated with specific negative behaviors.

One recent study of 373 newlywed couples, for example, found that couples who yelled at each other, showed contempt for each other, or shut off conversation about an issue within the first year of marriage were more likely to divorce as far as 16 years down the road.

So what do these four “apocalyptic” behaviors actually look like in a relationship?

1. Contempt
Contempt, a virulent mix of anger and disgust, is far more toxic than simple frustration or negativity. It involves seeing your partner as beneath you , rather than as an equal.

This behavior alone, says Gottman, is “the kiss of death” for a relationship.

Take an everyday argument about buying groceries, for example. When you come home and realize your significant other has picked up habanero peppers rather than bell peppers for tonight's stir-fry dinner, do you listen while he explains that perhaps you didn't ever tell him what type of pepper you wanted? Do you think this over, and, when you realize that maybe he's right, do you apologize? Or do you adopt an attitude and think to yourself, What kind of an idiot doesn't know that bell peppers are for stir-fry and habaneros are for salsa?

The reason contempt is so powerful is because it means you've closed yourself off to your partner's needs and emotions.

If you constantly feel smarter than, better than, or more sensitive than your significant other, you're not only less likely see his or her opinions as valid, but, more important, you're far less willing to try to put yourself in his or her shoes to try to see a situation from his or her perspective.

2. Criticism
Like contempt, criticism involves turning a behavior (something your partner did) into a statement about his or her character (the type of person he or she is).

Say your partner has a nasty habit of leaving his or her used cereal bowl — calcified, uneaten cereal-and-milk remnants and all — around the house.

Do you wait until he or she gets home to mention that the behavior bothers you, and gently suggest that he or she put the emptied bowl in the sink or dishwasher instead? Or do you think to yourself, “Why am I dating the type of person who abandons half-eaten cereal bowls around the house?”

Over time, these personal detractions can add up, feeding darker feelings of resentment and contempt.

3. Defensiveness
If you find yourself regularly playing the victim in tough situations with your partner, you might be guilty of being defensive.

Take being late to a cousin's wedding, for example. Are you the first to say, “It wasn't my fault!” when you finally arrive? Or do you think it over before you accuse the other person, realizing you probably shouldn't have taken a 2-hour shower when you only had an hour to get ready?

Taking responsibility for your role in a tough situation can be uncomfortable, but it's often what keeps a bad situation from escalating, says Gottman.

He's found that for couples who divorce within the first several years of their marriage — one of the times when divorce rates are highest — “entering negativity is like stepping into a quicksand bog. It's easy to enter but hard to exit.”

4. Stonewalling
You know when an argument is about to start. You can feel your heart rate increase and your voice get just a tiny bit louder. But the moment things start to get heated, do you pull out your phone, walk away, or simply ignore your partner?

Blocking off conversation can be just as toxic for a relationship as contempt because it keeps you from addressing an underlying issue.

We know: Getting into arguments with your partner is the opposite of a good time. But these temporarily uncomfortable situations are oftentimes the place where you can start to come to big realizations about your own behavior and solve potentially damaging problems.

Don't panic
It's important to keep in mind that occasionally displaying any one of these behaviors — or all of them, even — is completely normal.

It's when these negative behaviors happen so frequently that they replace more positive interactions with your partner that can be cause for concern.

Simply recognizing that you're doing something that could be hurting your relationship is the first step to actively combating it. If you can figure out how to avoid the behavior or replace it with a more positive one, you'll probably make the relationship even stronger.