God Adores the Heart of a Praying Mother 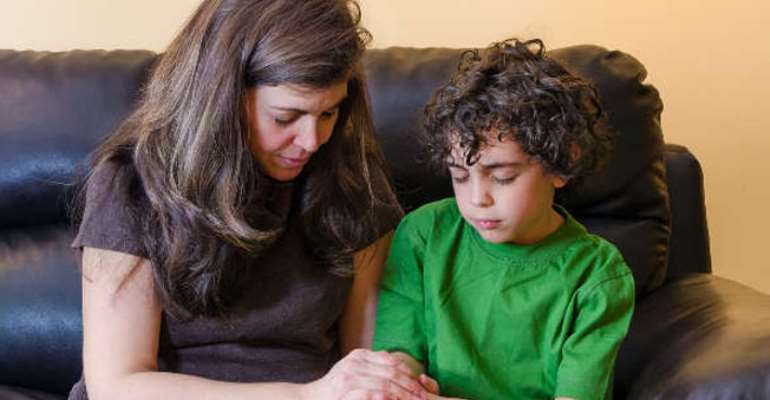 Based upon more than three decades of full-time ministry, I have pondered why it seems a woman can touch the heart of God, move the hand of God, change the mind of God andattract the favor of God, it seems, faster than most men. In part, I believe, it is because men often pray once and move on, accepting whatever happens as God's will, while a woman will pray unceasingly until the breakthrough manifests.

Mary was the earthly vessel chosen to carry the physical body of the living Son of God. Mary raised Christ of Nazareth, becoming concerned about Him at age 12 when He was missing from the caravan departing from Jerusalem and found debating in the temple (Luke 2:42-52). Mary heard and saw things that she kept hidden in her heart (v. 51). Eighteen years later when Christ began his public ministry, it was His mother who inspired Him to perform His first miracle—turning water into wine, when she instructed the servants, “Whatever He [Jesus] says to you, do it” (John 2:5). It was His mother who faithfully followed His ministry, along with other women named Mary, and like any caring mother who loves her son, she was with Him at the foot of the cross during His final moments on earth.

During the six hours of Christ's intense and unbearable suffering, He looked down and saw Mary standing beside His beloved disciple, John (John 19:25-27).

Perhaps at this moment, with the agony Mary felt she recalled the personal prophecy, she received from an old rabbi at the temple shortly after Christ's birth. More than 33 years prior in Jerusalem, a few hundred yards from where she was now standing, Rabbi Simeon saw the infant Christ and told Mary that a sword will pierce through her own soul also, that the thoughts of many hearts may be revealed (Luke 2:35 ).

Christ saw His mother, a woman of flesh and blood who had given Him life, raised Him and followed His ministry, now watching the drama of the ages unfold as scene one of the redemption story was being written in His blood. Christ saw the broken heart of His mother as John led her away just before He breathed His last. Christ loves mothers and is drawn to their tears, words and prayers. After all, He lived in the house, ate her cooking, saw her clean His clothes and His room and knew she was blessed above all women.

Christ's Father was heavenly, but His mother was earthly and His first miracle was motivated by His mother's instructions (see John 2:4-5). When Mary approached Christ for help, He said. “My hour [to perform miracles] has not yet come. Without responding to Him, Mary turned to the servants and said, “Whatever He says to you, do it” (John 2:4-5).

At that moment Mary gave the mission statement for Christ's entire ministry. What God tells you to do, just do it. There is a certain authority that is released when a mother turns her attention to Christ and begins to speak a word that will alter the present situation and create a miracle for the future.

The spiritual authority behind the Word of God and the name of Jesus becomes the two weapons of war in any spiritual battle. In the New Testament believers are promised both power (Acts 1:8) and authority (Luke 10:19 ). The power promised to believers when we receive the Holy Spirit is transferable through prayer and the laying on of hands (Acts 6:6; 8:18 ; 13:3; 1 Tim. 4:14 ). Authority, however, is released by your words.

This same type of authority can be released through your prayers, when you understand you are a member of the greatest kingdom in the universe and have been given authority over all the powers of the enemy! As Rahab's act of faith—a scarlet thread in a window—forged a family legacy of protection and destiny, you can do the same with yours.