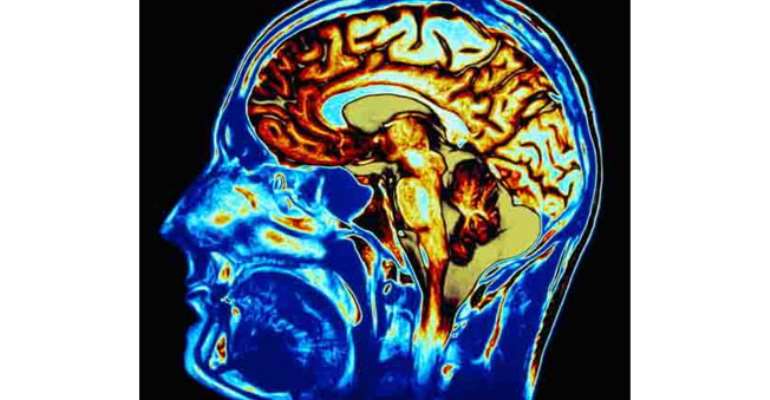 A Fascinating New Idea About What It Means When You Start Forgetting Things-It's a saying favored by boomers and grandparents, a comeback beloved enough to make an appearance in   New Yorker cartoons   and on countless   T-shirts: “I've forgotten more than you know.”

Now, a team of researchers at the University of Tübingen in Germany has offered   some support   for the idea that the slowed-down recall we associate with getting older may sometimes be a side effect of a mind that's stuffed with decades of information — not a symptom of certain cognitive decline.

The findings are based on a series of computer simulations of learning and memory, not tests of actual people.

Skeptics abound. “This feel-good news that slowing of decisions on all tasks is not a defining symptom of progressive failure but an honourable distinction of an age-stocked mind has eagerly excited the media, but not researchers on cognitive aging,”   wrote one such researcher.

Still, the recent study suggests a new model of the aging mind to investigate further — one that would offer considerable comfort to anyone who's ever experienced a “senior moment.”

Older And Wiser
The basic idea is that “the larger the library you have in your head, the longer it usually takes to find a particular word,” Benedict Carey writes, in an article about the study in   The New York Times.

The researchers propose that over time, you store more and more data in your brain, making retrieving a needed item — whether that's a word, a name, or information to make a decision — harder and slower as you get older. That fact alone, the researchers argue, is enough to account for much of the perceived mental slowdown that comes with age (though not with Alzheimer's and other forms of dementia, where the neural damage is incontrovertible).

In their paper, published in   Topics in Cognitive Science, they call this “the myth of cognitive decline,” a title that — either boldly or foolishly — takes direct aim at   many decades of research.

The idea that a complicated simulation should be trusted over years of testing on thousands of actual humans is a tough sell. But Michael Ramscar, the paper's lead author, says relying on those tests is exactly how we arrived upon this stubborn myth in the first place.

Garbage In, Garbage Out?
Without question, those tests — where people of all ages file into labs and do a variety of tasks designed to assess their memory, recall, processing speed, and other cognitive faculties — are not infallible. But Ramscar says it's worse than that.

“Not only did we find that a researcher's choice of test can determine whether cognitive functioning appears to decline or improve with age, we also found that the results of the same cognitive test can suggest age-related declines or improvements, simply as a result of the context in which people are tested,” Ramscar   writes on his blog, “The Importance of Being Wrong.”

Many cognitive tests of aging are deeply flawed, Ramscar argues, both in how they are administered and how the results are interpreted.

For example: “Will an older adult tested in a research laboratory at a University feel as comfortable as a college student tested in the same environment?” he   asks. “If not, then a concern arises as to whether a [given test] is measuring differences in social anxiety rather than differences in cognition.”

There's even the question raised in the paper of how much aging adults' expectations of their own mental decline might negatively affect their cognitive performance and lives in general.

Given so many possible uncertainties and confounding factors, we should not take the party line on cognitive decline as gospel. “If these tests are flawed,” Ramscar writes, “then our current understanding of healthy cognitive ageing is likely to be flawed as well.”

'The Opposite Is The Case'
Questioning the validity and consistency of various cognitive tests seems like fair game. “Psychology is a social science,” the researchers write, in their paper. “Psychological tests cannot be assumed to have the objective status of, say, litmus tests.”

But some very qualified people are more than a little skeptical of Ramscar's simulation-based conclusions. At the very least, computer simulations have limitations of their own.

Patrick Rabbitt, a longtime expert on cognitive aging currently affiliated with the University of Oxford, says even the study's premise — “that old brains inevitably contain more information than young brains” — is unfounded.

“It is also contentious because it requires an extra assumption that all the information that our brains ever process is permanently recorded and becomes progressively less [accessible] only because mental congestion increases,” he   writes on his blog, “Outlook from the Hutch.” If that's true, then in people of all ages, “those who have larger vocabularies and more knowledge of the world must be slower.”

“In fact,” Rabbitt writes, “the opposite is the case.”

Ramscar's   response? “No one likes to be told they are doing things wrong.”

Fortunately, it's exactly these kind of vigorous exchanges that help scientists kick the tires on their own research to expose its potential flaws and reveal new questions to investigate.

A Middle Ground
Ramscar is not likely to turn the field around with this one paper, but his team's findings do not stand entirely on their own.

“Neuroscientists have some reason to believe that neural processing speed, like many reflexes, slows over the years; anatomical studies suggest that the brain also undergoes subtle structural changes that could affect memory,” Carey   writes, in the Times. But he points to other research that has shown, for example, that older and younger adults may have different kinds of intelligence and knowledge, a level of nuance that may not always be captured by tests.

In the end, Carey writes, “the new report will very likely add to a growing skepticism about how steep age-related decline really is.”