6 Tips to Keep Diabetics Out of the Hospital 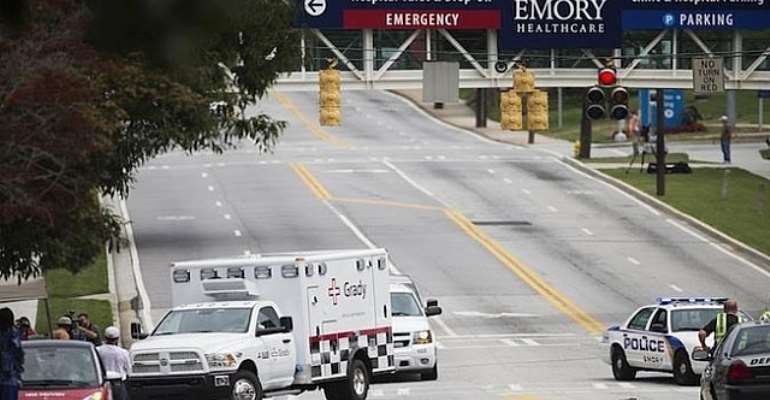 People with diabetes know what they'll hear whenever they see their doctor: another exhortation to eat right and exercise, because that's how to keep blood sugar levels under control. It's proven advice, but not enough to prevent a long list of diabetic complications — heart and kidney disease, for example — from sending you to the emergency room. Consider these tips to stay healthy and out of the hospital:

Check your feet daily.
“Keeping good watch over your feet is an important aspect of good diabetes care,” says Joyce Lee, an associate professor in the department of pediatrics and communicable diseases at the University of Michigan. A high blood sugar level can cause nerve damage in the feet, and you might not feel a cut, scrape or blister that could be the start of a deep skin infection. Research indicates that young men are especially prone to such ulcerations. Applying lotion regularly and drinking lots of water can keep skin on the feet — and the rest of the body — from becoming dry and cracked, advises the National Diabetes Information Clearinghouse.

Coddle teeth and gums.
Diabetes sufferers run an increased risk of tooth decay, inflamed gums and gum disease because the condition increases vulnerability to bacterial infections and hampers the ability to fight them. Periodontitis, an especially severe infection that destroys gum tissue and the bone that holds teeth in place, also complicates a diabetic's life by raising blood sugar levels when hormones are released by the immune system to battle the infection, warns the American Diabetes Association. Brushing after every meal, or at least twice a day, and flossing once a day is crucial, according to the NDIC.

Go easy on salt.
Sodium and high blood pressure go hand in hand, and if you have diabetes, high blood pressure multiplies your already elevated risk of cardiovascular and kidney diseases, says Om Ganda, director of the lipid clinic at the Joslin Diabetes Center in Boston. And cutting back on salt isn't just a matter of reaching for the shaker less often. Prepared foods tend to be salt-heavy: One large fast-food taco or egg-and-sausage biscuit has close to the American Heart Association's recommended daily sodium limit. Even unlikely suspects such as one-half cup of low-fat cottage cheese or a smallish cinnamon-raisin bagel will kick in almost one-third of the recommended total.

Ditch the butter — go for olive oil.
Switching can make a marked impact on cholesterol, especially for those who have trouble reducing overall fat intake, Ganda says. The saturated fat in butter raises blood cholesterol and the risk of cardiovascular problems; olive oil is a monounsaturated fat that can reduce bad cholesterol. A diet heavy in olive oil may even reduce the chance of developing diabetes. One study in Diabetes Care tracked 418 non-diabetic Spanish adults over four years who ate either a traditional Mediterranean diet rich in olive oil, their normal Mediterranean diet supplemented with fat from nuts or a low-fat diet. By the end, between 10 and 11 percent of those in the two Mediterranean groups had developed diabetes, compared with 18 percent in the low-fat group.

Kick the habit.
Smoking is a major factor in atherosclerosis, which frequently puts people with diabetes in the hospital when an artery becomes blocked and causes a heart attack, stroke or other vascular problem. Smoking also raises blood pressure and cholesterol. Diabetes also puts smokers at greater risk of pneumonia — and of having a worse case.

Fend off depression.
“This is a chronic illness where patients are reminded daily they have diabetes,” says Tom Donner, director of the Johns Hopkins Diabetes Center. “That's a taxing burden.” Depression is dangerous for people with diabetes because it can make them feel as if they have no control over their illness, says Robert Rizza, executive dean of research and a diabetes specialist at the Mayo Clinic in Rochester, Minnesota. That may make them feel so helpless they don't stick to their medications or show up for doctor visits. Yoga and meditation can reduce the stress, and a special interest or activity — a book club, fantasy football, birdwatching — can provide daily happiness, making the disease more manageable.

Most complications stemming from diabetes are preventable.

The key is to understand and manage the illness from day one to keep minor complications from becoming major. Diabetes is a time bomb, Rizza says. “It's ticking,” he says, “and unless you're taking care of it … you'll end up in the hospital.”