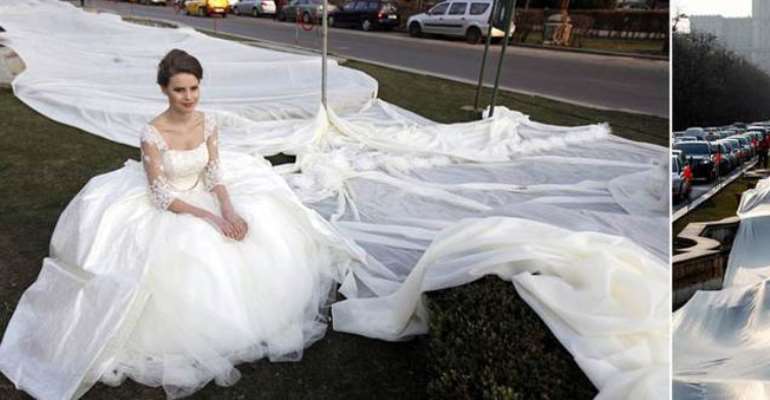 Dress makers are trying to break a Guinness World Record by creating and stretching out a 4,100-meter-long dress in Chengdu, South West China.

The candidate for the title of the longest dress in the world is 1,123 meters longer than the current gown holding the record.

The wedding dress is 1.5 meters in width and costs almost $65.000. It took a month for gown makers to create the wedding masterpiece which tail was made up by a single-layer gauze.

In a bid to set a new Guinness World Record, the dress, which was worn by a model, was stretched for miles over a flower field to record the staggering length.

Would you love to own the 4,100 meter-long wedding dress?

Police smoke out Shatta Wale, handcuff him for faking gun at...
39 minutes ago