What You Should Know About Red Meat 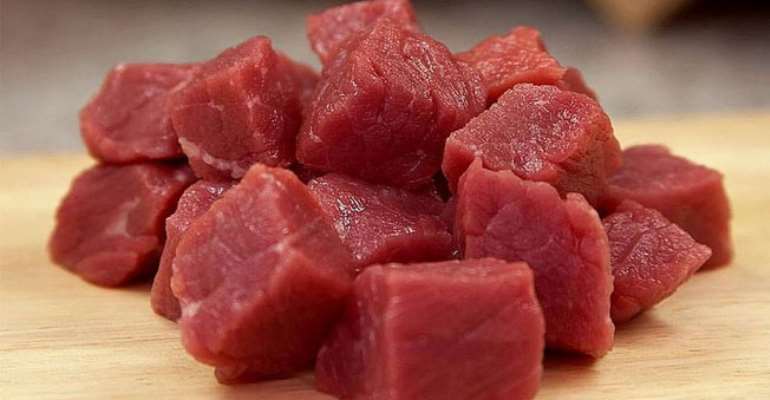 This fact, obviously constitute more to the reason why a generous percentage of the population of people from these areas are fat. However, there are many things to be weary of, especially when it comes to how much one should take-in some foods.

Red meats vary from cow meat to goat meat, dog meat, Pork meat and many more. Yes, red meat is very nutritious. It is even a good source of protein which helps to build the muscles and bones. Sadly, studies have shown that red meats have highly saturated fat, which increases the blood cholesterol.

High levels of Low Density Lipoprotein cholesterol increases the risk of a heart disease. Also, you need to note that anyone that has ever been diagnosed of High blood pressure, is always advised by doctors strongly to minimize the intake of Red meat.

However, from research, there has been no particular evidence that red meat causes cancer BUT according to Healthy Living Guy, there is a certain type of cancer that is induced by excessive consumption of red meat. This particular one is called colorectal cancer.

This kind of cancer which can also be called Colon cancer is the growth of cancerous cells in the colon. It would be worthy to note that sometimes back, a study showed 500,000 Americans who ate red meat over a period of 10 years revealed they were more likely to die of cancer and heart disease sooner than those who ate smaller amounts. Another also studied 72,000 women who consumed high amounts of red meat for over 18 years ans alas!, these women  had an increased risk of heart disease, cancer and death from other causes.

Running away from red meat will not do you any good because of the benefits you derive from consuming it. However, eating it moderately is the key. Red meat is high in Iron, a very essential nutrient for women during child bearing years. Red meat also contains Vitamin B12 which nourishes the nerves and DNA as well as the red blood cells.

Next time you plan to eat red meat, do not over-do it!