Why self-medication may kill you 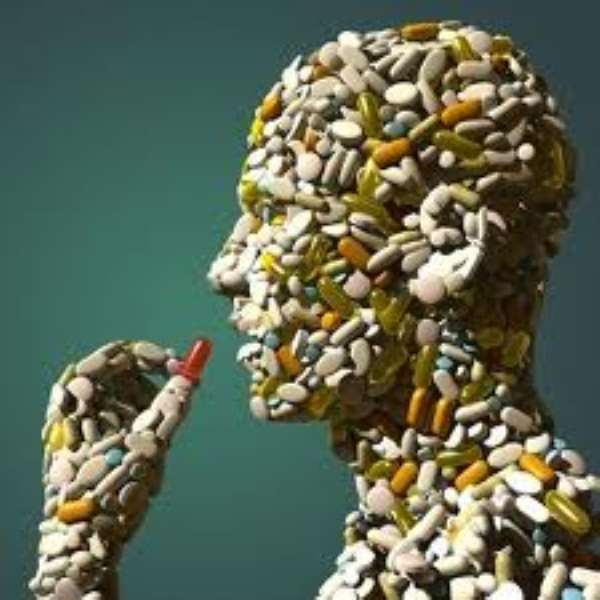 Self-medication, the practice of purchasing and administering drugs on oneself without ever consulting a doctor or some medical practitioner for a prescription, could be a self-issued passport to death. It doesn't matter if the drug is a common analgesic, such as Panadol or Tylenol; an antibiotic, such as Amoxicillin or Penicillin; or strictly controlled drugs, which lawful countries would have made impossible to purchase over the counter without a prescription.

Yet, self-medication is the order of the day in Nigeria, where anyone could walk into a Pharmacy or Patent Medicine Store otherwise called “chemist” in local parlance to purchase any drug in any quantity. It doesn't appear to matter much what category of Nigerians we are talking about, although, according to various studies, such practice is more rampant among the poor, rural dwellers, and the middle age bracket between 25 and 45.

For example, in a recent study of the prevalence of self-medication practice among university undergraduates in southwestern Nigeria, published in the Journal of Pharmaceutical Research , Prof. Adebayo Lamikanra and K. P. Osemene found that age, gender, and a student's level of study in the university influence self-medication practices among university students. This is particularly true of antimalarial and antibiotic drugs, which were targeted in the study.

There are three major reasons for self-medication in Nigeria. First, health care facilities are grossly inadequate in terms of personnel, equipment, and drug supply. As a result, you are lucky if you find a doctor who could correctly diagnose your health problem. This is not to say that there are no good doctors. The problem is that doctors are only as good as the diagnostic equipment, medical laboratory, and the allied health workers at their disposal. You can never be sure that all will be well with all necessary variables in your treatment. So, why go to hospital at all? There are, of course, good private hospitals, where the slacks associated with government hospitals are minimised. But then their services are priced out of reach for the common man.

Second, the vast majority of patients come to ill-health with a twin deficit, namely, illiteracy and poverty. On the one hand, illiteracy breeds ignorance about how the body works and how to evaluate symptoms of disorder. This often leads to patronage of neighbourhood patent medicine stores, where the store owner doubles as a “doctor” and “pharmacist”. On the other hand, poverty complicates matters by keeping many ill-patients away from the hospital. My wife recently took a sick child near her workplace to the hospital. The parents could not afford the cost of the registration card let alone the cost of treatment, all of which my wife paid.

The third factor responsible for self-medication is the absence of regulations and guidelines as to who can purchase what drug and for what ailment. Such regulations will make it difficult for patients to have access to certain drugs without a doctor's prescription. I use the word “difficult” advisedly, knowing full well that such regulations could be flouted as is the case with other regulations in this country. As they say, it often takes something inside a clenched fist to get what you want.

I must hasten to add that the educated elite are not immune to self-medication, especially of analgesics, antimalarials, antibiotics, and cough medicine. When I questioned one of them recently about the practice, he said he only needed something to bind him over until he went overseas for his annual checkup! When I noticed that what he bought were antimalarial drugs, I further questioned him as to why he thought he had malaria. His next response was dismissive: “I know my body”.

Incidentally, the negative consequences of self-medication are oblivious to how much of your body you know. Without a proper diagnosis, various drug complications await you. To start with, you may be taking the wrong medicine. Assuming the medicine is right, you may be under- or overdosing. You may even be combining two or more drugs that interact because they are contra-indicated. The best way to avoid these complications is to see a doctor for the proper evaluation of your condition, your medical history, and your drug allergies so that drugs to which you may react will not be prescribed for you.

Let me tell you my experience. My doctor once prescribed a particular drug for me. But before I started taking it at all, I looked up its information. Low and behold, it contained sulfur, which is contra-indicated for G6PD, a hereditary condition in which red blood cells break down when the body is exposed to certain drugs or the stress of infection. It was quickly changed to another drug. The rejected drug contains sulfur, which could lead to a serious allergic, if not fatal, reaction. What if I had bought the drug over the counter, without knowing my drug allergies?

Another negative consequence of self-medication is drug dependency or addiction. This is particularly true of pain killers and anti-allergy drugs, which many people take to maintain their sense of well-being. The accumulation of such drugs in their system may take a toll, especially on the liver which processes most oral drugs. It is now common knowledge that two popular music stars, Michael Jackson and Whitney Houston, died of drug dependency and overdose.

Yet another consequence of self-medication is that it may obscure your real health condition and lead to wrong diagnosis, when you are eventually rushed to the doctor's office or hospital. The problem is further complicated when patients do not, or are unable to, provide necessary information about the drugs they've been taking.

That's why many countries are now counting the number of deaths arising from self-medication and devising various ways of curbing the practice. Data from the Brazilian Association of Pharmaceutical Industries indicate that at least 20,000 deaths are caused annually by self-medication in Brazil alone.

That's a country with some measure of drug regulation. Imagine the situation in Nigeria where there are no such regulations and where the illiteracy and poverty levels are higher. Isn't it a great pity that we don't even have the statistics to count our losses?

Statistics or no statistics, self-medication is a big medical problem in Nigeria, which the federal and state governments, traditional rulers, the Nigerian Medical Association, educational institutions, the civil society associations, religious institutions, and local government administrations should urgently address. Public education is the starting point. It may well begin with sharing this article with others.