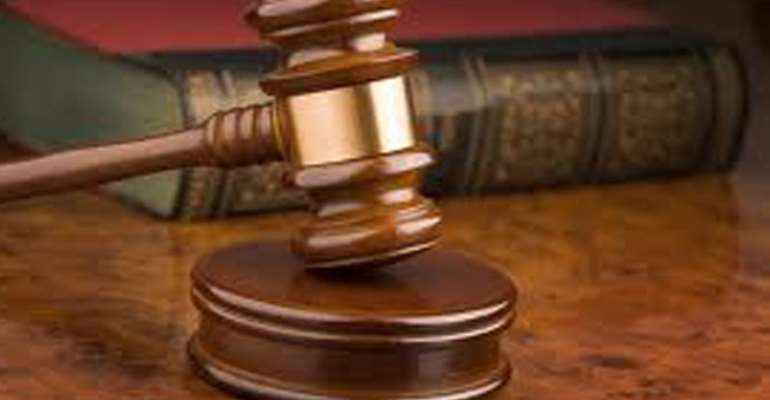 Kazeem Ugbodaga
Three officers of the Kick Against Indiscipline, KAI, have been arrested for allegedly raping a 24-year old woman after they demanded N10,000 bribe from her.

The suspected KAI officers, identified as Benjamin Akinade, Olayinka Olowu and Adebayo Ayeni, have been remanded in the custody of the Lagos State Taskforce on Environmental and Special Offences (Enforcement) Unit and will soon be charged to court.

The officers were arrested by the KAI authorities after the woman (name withheld) allegedly reported the rape case to officers at KAI's headquarters in Ikeja, Lagos, southwest Nigeria.

The incident occurred recently when the woman crossed the expressway instead of using the pedestrian bridge at Ojota area of Lagos State.

The woman alleged that the officers arrested her for breaking the traffic law but later demanded for N10,000 bribe to set her free.

She added that the officers threatened that if she did not bribe them, she would be sent to prison.

In the alternative, she said she was advised to   “use” what she has to bail herself out of being jailed.

The victim alleged the officers intimidated her and took her to an   undisclosed hotel where she was raped.

One of KAI's administrators, Mr. Onipede Offi, said the case has been handed over to the Lagos State Task Force, Alausa for proper interrogation and possible prosecution.

Offi said the management of   KAI has resolved to bring sanity into the system and would not relent in achieving this goal.

“We will make sure that the officers are punished if they are found guilty of the offence. This will serve as deterrent to others who also collect bribe or harass commuters,” he said.

When contacted, Taskforce Chairman, Bayo Sulaiman, a Chief Superintendent of Police, confirmed the incident and assured that the officers will be charged to court to face prosecution.

“No government would condone criminal acts. They are just like common criminals if found guilty. So the law will take its course on them.

“They threatened to jail   or have carnal knowledge of someone they arrested. They reportedly raped the lady and there are others who also are in the habit of committing   this crime but   we don't have information about them now. We will charge these officers to court,” he said.

Sulaiman disclosed that the KAI officers were posted to Iyana Ipaja, but went to Ojota to extort money from unsuspecting commuters.