Genetically Modified Foods Controversy In Ghana, To Adopt Or Not To?
By Raphael Obu 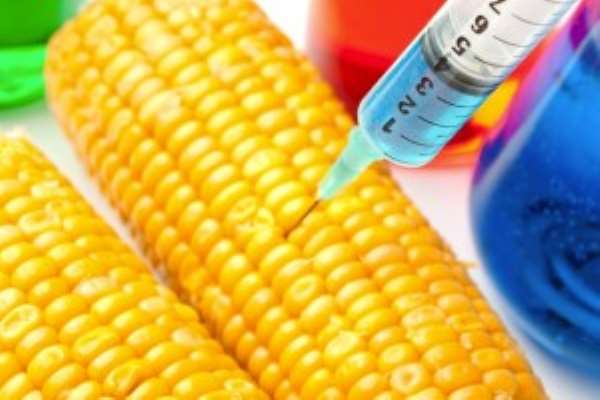 Can someone guess the end product of splicing in new genes and eating it for long time? Genetically modified organism (GMO) and the controversy around it have become popular in Ghana since 2013 after the government announced an introduction of GMO technology into the country that year.

Men's Health Foundation Ghana, a prostate cancer support group working with men affected by prostate cancer and those concerned about the disease has been following the debate for some time now and we therefore congratulate Activist groups including Food Sovereignty Ghana, The Coalition For Farmers Rights And Advocacy Against GMOs, Ghana Catholic Bishops' Conference, Convention People's Party and individuals who have mastered courage and spoken against its introduction.

As NGO concerned about men's prostate health and men's health in general with a team of prostate cancer specialist, Naturopathic doctors and cancer Psychologist we know that DNA is a complex molecule and errors creep in all the time and we know that anything that is genetically altered could also trigger cancer.Cells become cancer cells because of damage to DNA. DNA is in every cell and directs all its actions. In a normal cell, when DNA gets damaged the cell either repairs the damage or the cell dies. In cancer cells, the damaged DNA isn't repaired, and the cell doesn't die like it should. Instead, this cell goes on making new cells that the body doesn't need. These new cells all have the same damaged DNA as the first cell does.

People can inherit damaged DNA, but most DNA damage is caused by mistakes that happen while the normal cell is reproducing or by something in our environment. Sometimes the cause of the DNA damage is something obvious. Like other cancers, prostate cancer is believed to develop in two steps.During step one, the cells are exposed to factors, such as viruses or toxins, which cause or trigger the unusual or uncontrolled cell growth. During step two, other factors such as diet, hormones, lifestyle and environmental influences promote the growth and development of the abnormal cells and could be causes of prostate cancer.

We also know that genes will express or suppress genetic data depending on the environment in which they find themselves. In fact, faulty genetic make up only partly tells us that our fate lies hostage to cancer. So we know that foods can contribute to cancer cell growth but certain foods can also give cause to cancer death and prevention.

Fortunately about half of all cancers, including prostate cancer, can be prevented through lifestyle

We also know that one of the main prostate cancer disparities is diet and that is why Okinawans and men of Asian enclaves have low prostate cancer rate .We will therefore urge farmers to look at ways of growing natural foods instead of being influence to accept GMOs in the country as GMO is a toxic food andshould not be allowed into the market.

As we research on the matter according to Dr. Mercola, When it comes to products with the potential to devastate the planet, Monsanto takes the cake.

This company has single-handedly created some of the most destructive products known to man, including polychlorinated biphenyls, known as PCBs, and dioxin (Agent Orange). They are also the world leader in genetically modified (GM) seeds -- and if we don't take action soon, the entire planet could soon become contaminated with these toxic seeds, leading to the complete destruction of the natural food supply. We already have problem with concentrate of toxins in the food chains and don't need more! For us at Men's Health Foundation Ghana today it about GMOs and if we are not careful tomorrow it could be GMOs babies for the couple looking for babies. It is possible!

Dr. Philip Bereano has spent the last three decades looking into genetically modified organisms (GMOs) in foods, crops, animals, and humans—both nationally, in the United States, and internationally. His work led him to participate in the negotiation of two international treaties under the United Nations that dealt with issues relating to GMOs.

Activist of GMfoods says it is safe! But there is also lack of data on this. In public health there are no speculations. We want fact!

Now we want all academicians to First of all, need to understand what we mean by the word “SAFE”. Actually, in terms of the academic literature, "SAFE" refers to "an acceptable level of risk." It doesn't refer to situations where there is no risk. Most of us drive in cars all the time and consider it to be safe even though we know that people are killed. We have to understand that SAFE equals acceptable risk. It is just like you saying herbal medicines are safe but that does not also mean that there is no risk associatedwith herbal medicines.

The problem with calling genetically engineered organisms safe is that there are no valid risk assessments being done on them. There is no research, really, being done into the health or environmental effects of a genetically engineered organism. Certainly no work that is published in the open peer-reviewed literature or that isn't proprietary. Corporations promoting these things claim that they have done research, but we were unable to get any information on it because it's all claimed to be proprietary.

According to Dr. Mercola, Under what is known now as the precautionary principle—which is what your grandparents used to teach you about "looking before you leap"—the only prudent course of action is to NOT proceed with something which has potential risks and only potential benefits until you know a little bit more about it."

The United States is one country, however, that has fully embraced GM foods on a regulatory level, and does not appear to have any intentions of following the precautionary principle. GM corn, soybeans, canola, and sugar beets have made their way into approximately 80 percent of current U.S. processed grocery store items, now that up to 90 percent of several U.S.grown crops are grown with genetically engineered seed.

Not surprisingly, according to information from Wikileaks, there are also indications that the U.S. State Department has been active in defending Monsanto in other countries, particularly in response to the French documentary, "The World According to Monsanto," which condemned Monsanto's criminal behavior.

In response to this Men's Health Foundation Ghana in its effort to tackle prostate cancer in Ghana to reduce the disparities in the black communities we say NO TO THE ADOPTION OF GMO in Ghana and we will educate men on the dangers of toxic foods on their prostate health.

Worship the LORD your God and his blessing will be on your food and water. I will take away sickness from among you, and none will miscarry or be barren in your land. I will give you a full life span. Clearly you can deduce that our food and water is the recipe for health and long life. Kudos Food Sovereignty Ghana!

We lead change; we campaign for better services for men

and we believe men deserve better treatment for prostate cancer