Forex Candelstick And What Ghanaians Need To Know 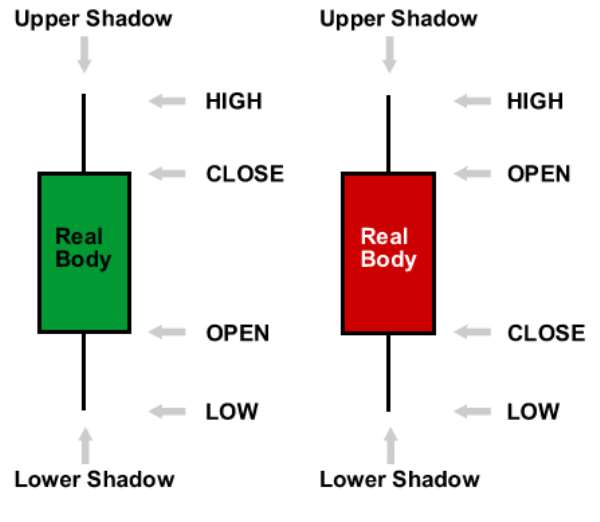 “Whenever you can't balance what you see with what you believe you have conflict.”― Shannon L. Alder

Shannon words have been the issue with a lot of people who get to see a Trading Platforms be it the MT4, the MT5 or other complex platforms on the financial Market. In Ghana anything online becomes a strange tool that can vanish or be missing tomorrow. In the wake of a Global Village it is time to embrace new technologies tried and tested with long historical backing.

The MT4 its software by MetaQuotes Software Corp is a software company that produces online trading platforms for financial markets and is registered in Cyprus but founded and primarily based in Russia. The company's main focus is on Forex market trading software with its trading platform MetaTrader being used in over 450 brokerage companies and banks all over the world.

How does the MT4 work out the numbers? Meet the MT4 ECN Bridge and the STP Technology

So the next time you see Future Pip's MT4 Platform is not one design by Future Pip or downloaded and branded with a company's logo. And the green and red stokes is known as the candlestick, so let's go back to history and understand how the candlestick work.

What is a Candlestick?

Candlesticks show the price movement in a certain period which is “a day”, by using the trading day's open, high, low and close. A candlestick is composed of a box which is called the body, whose length is the difference between the open and close, and thin vertical lines that are called the shadows above and below the body, representing the high and low prices reached during the day.

Though single candlesticks convey valuable information about the changes in a market's supply and demand balance, a succession of candlesticks taken together, are more pertinent for this purpose as they make a pattern. The superiority of candlestick patterns over other technical analysis tools in forecasting medium and particularly short term direction is proven. Forecasting with candlesticks requires the proper identification of more than eighty different patterns and a well behaved continuous set of data with no missing observations. Though the patterns on a chart can be roughly identified by eye, today's computers can do this job efficiently and correctly.

Trading signals on the basis of a computer based identification system by using a sophisticated algorithm. The system initially filters the data in order to prevent mistakes due to wrong or missing data. Candlesticks and patterns are then identified automatically and the system also establishes confirmation and stop loss levels for each pattern. Only price data is used. Volume data is omitted.

Types of Candlesticks
Candlesticks are classified according to the length of the body, the existence or non-existence of shadows and the length of shadows. The body lengths, which show the strength of the daily price movement, are classified as short, normal and long. The candlesticks characterized by small bodies (spinning tops) or absence of bodies (Doji) signify market indecision. When the day's open, high, low and close are all equal, a Four Price Doji without any body and shadows emerge which most of the time is caused by data errors, or non-traded days. Long black or white (hollow) bodies lacking upper shadows, lower shadows or both are called Marubozu. The body color represents that either the buyers are in control of the market (if white or hollow) or the sellers (if black).

The identification of candlesticks and patterns are based on certain algorithmic premises and their details are explained in “Pattern Requirements and Flexibility” subtitle on candlestick pages. All the doji, spinning tops and high waves are treated as different elements of the general Doji family. The algorithm assigns a specific stop loss level and a unique confirmation level to each identified pattern. Only the reversal patterns are taken into consideration in this system, the continuation patterns are omitted.

Use of Candlesticks
Single candlesticks give valuable information about the psychology and underlying price dynamics of the market, especially when they are interpreted in the light of all the possible news and fundamental facts about a security. Candlesticks observed at significant support and resistance levels particularly deserve serious consideration as bullish or bearish reversal signals. However, due attention to the direction of the prior trend is always warranted.

Experienced technical traders prefer to rely more on patterns of two or more successive candlesticks rather than single candlesticks in assessing the likelihood of a reversal. Successful trading also requires waiting for the confirmation of a pattern before an act of buying or selling, even in cases in which the patterns have a high success ratio of reversal prediction. This patience is required because sometimes a pattern can emerge as a result of a very short trend or a horizontal move and it may never be confirmed. In such cases of non-confirmation, it is better to wait in order to avoid a losing trade and until the emergence of a new pattern (if the stop loss was not triggered during this period).

So light on now, no more green and red strokes meet the candlestick