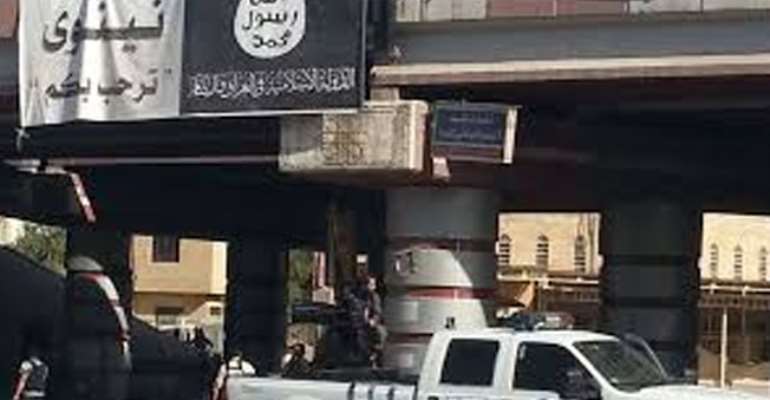 BEIRUT (Reuters) – A child from the United Arab Emirates fighting with Islamic State in Syria was killed along with his father in a U.S.-led coalition air strike, supporters of the jihadist group said on social media on Thursday.

It was not clear when the two joined the group in Syria. Reuters could not independently confirm the authenticity of the reports and there was no immediate comment from the UAE.

The UAE is part of coalition forces carrying out air strikes against Islamic State positions in Syria, which has recruited foreign fighters from around the Gulf as well as Europe.

The exact age of the boy was unclear. Video posted on the Internet shows him wearing military fatigues and smiling. He looked too young to have facial hair and was barely shoulder height, suggesting he might be between nine and 13 years old.

“In using children below the age of 15, the group has committed a war crime,” the report said.

Accounts of Islamic State supporters on Twitter praised the boy. One user claimed his “wish was to learn driving a car, so he can do a suicide attack”.

An audio recording posted to YouTube in March purports to be that of the religious chanting of the boy. It is titled “Cub of Baghdadi … We've come to you from the Emirates. Islamic State of Iraq and Syria. May God accept him.”

In some of the pictures he is shown standing next to a man, whom Islamic State supporters said was his father. In one photo he appears brandishing a machine gun and smiling broadly.

UAE media shies away from mentioning any involvement of its citizens with the Islamic State, but has recently highlighted one of its top pilots, a woman, who has flown sorties against the militants in Syria.