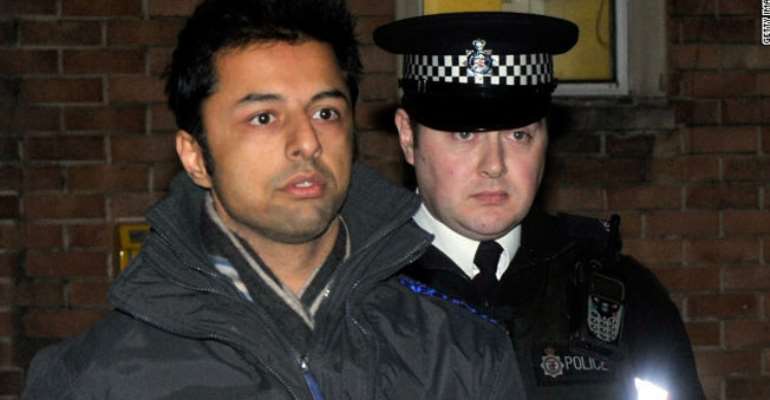 (CNN)  – A millionaire British businessman accused of hiring hit men to kill his new wife during their honeymoon in South Africa pleaded not guilty as his trial began Monday.

Shrien Dewani, 34, has denied orchestrating the killing of his wife, Anni, in Cape Town in November 2010.

The slaying took place during a taxi ride through a township on the edge of the South African city, just over two weeks after the couple's wedding.

The taxi driver, Zola Tongo, confessed within weeks of the bride's death that he had hired two men to kill her. In a plea deal with South African authorities, he said he was paid by Dewani to carry out the murder and to make it look as though the couple were the victims of a carjacking.

Tongo was subsequently sentenced to 18 years in prison for his part in the killing. His two accomplices are also serving lengthy sentences for their role in the crime.

Family hoping for answers
The victim's family say they are relieved that Dewani is now going on trial in Cape Town.

“Hopefully, we will get all the answers we want,” her uncle Ashok Hindocha said Sunday, according to local media reports.

Dewani, a care home owner, had returned to the United Kingdom after his wife's death. He avoided extradition to South Africa on mental health grounds during a three-year court battle, but was eventually sent back in April to face trial.

What's life like in a South African prison?
Psychiatric experts had said that he was suffering from post-traumatic stress disorder and depression and that he'd tried to take his life. Before his extradition, he was held at a secure mental health unit in southwest England.

But in August, he was declared fit to stand trial after undergoing psychiatric observation, according to South African media.

An indictment in the case said he faces charges including conspiracy to commit kidnapping, robbery with aggravating circumstances, murder and kidnapping, the South African Press Association reported.

Dewani, from Bristol in southwest England, has said his wife was the victim of a carjacking and denies any involvement in the killing.