10 Monogamous Animals that Mate for Life 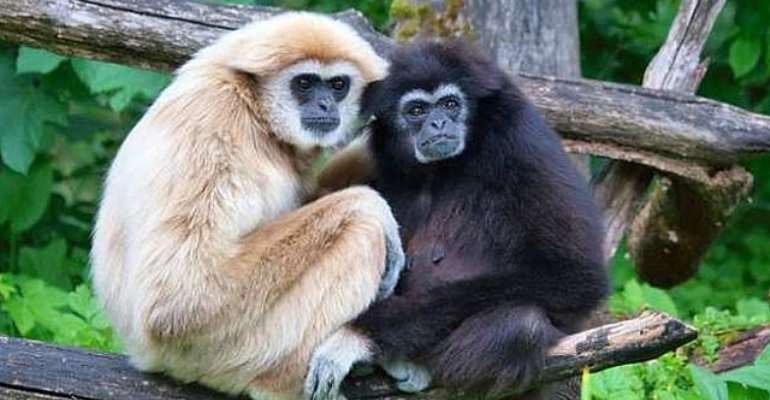 10 Monogamous Animals that Mate for Life-
The animal kingdom is filled with the most unique and awe-inspiring creatures; it never ceases to amaze us. One such aspect is monogamy. This Buzzle article provides a list of animals that mate for life.

Penguins are monogamous animals that mate for life
Too Much PDA!
Bald eagles lovingly preen each other's feathers as a symbol of 'love'. Swans touching each other's beaks, or Prairie voles cuddling and snuggling are similar signs of affection.

Monogamy is the concept of staying with one partner for life. It is largely associated with humans because of their ability to find one partner and stay with them till death. However, recent studies have shown that the current divorce rate is the highest ever, with around 50% marriages ending within a few months to a few years. Now it is time to shift focus to the animal kingdom. The examples of monogamous animals given below will make you rethink the meaning of the phrase 'animal instinct'. Research shows that around 90% of all bird species form monogamous pairs, as compared to a dismal 3% of mammals. But those who are the 'one man' or 'one woman' type usually do not stray from their partners come what may. Most of these pairs last for many decades, or until one partner dies. Now there are always a few individuals who do not like following the rules and may go ahead and cheat, but the species listed below still rank high in the commitment section. The following is a list of monogamous animals that mate for life.

Gibbons
gibbons pair
Gibbons are the closest relatives of humans to have near monogamous relationships. Sexual dimorphism is not very strong in these animals, meaning that the males and females look alike, giving them more gender equality. Most couples mate for life, raising babies, grooming each other, and spending time together. However, studies have shown that they are not as committed as was once believed, with many males found cheating on their partners or breaking up with them to find new partners. The breakup count is still not as high as humans though.Swans

swans pair
These symbols of love live up to their name by forming lasting bonds with their partners. Well, almost. Nobody is perfect, and with swans too, there is bound to be some hanky panky on the side. However, most pairs stay together till one of them dies. The male builds the nest and helps in raising the babies. Swans are often seen swimming together, touching their beaks to one another's.Bald Eagles

bald eagles pair
The national bird of the United States sure teaches us all a value or two about everlasting love. The Bald Eagle is one bird that stays with its partner for a very, very long time. Relationships have been documented to run strong for as long as 25 years. However, in case of death of one bird, the surviving partner does find another one. After all, everybody needs somebody.French Angelfish

french angelfish pair
The French Angelfish are a classic example of “I will stick with you forever.” These fish bond for life, and literally do everything together. Besides living with each other, they swim together, hunt together, and being very territorial in nature, even fight and defend their space together! You will rarely find this fish alone, and in the event of a partner's death, the surviving one may not even get together with someone else! Now that's what we call true love.

Black Vultures
black vultures pair
It is clear after looking at these birds that when in love, looks really don't matter. Black vultures take monogamy very, very seriously. Studies done by researchers have proven this point; after conducting a genetic study on black vulture chicks, they found that nearly all the chicks were born from the same pairs that were raising them. Not just that, black vultures commonly attack those of their kind who are found cheating on their partners! Highly-principled birds, we must say.Wolves

wolves pair
Wolves are one classic example of a tight-knit, loving family. So much so that they can give a similarly close-knit human family a run for its money. Wolves are pack animals that form strong bonds with their partners. The pack normally consists of the wolf couple and their kiddies. A nuclear family à la humans. However, they are not as sacrificial as the Angelfish, and do form new pairs if one of the partner dies.Penguins

penguins pair
Although not completely monogamous animals, most penguins form bonds for life. The pair raises their offspring together through the harsh and difficult winter. Although some species choose to mate exclusively for the particular mating season, there are some that stay together till the end. Recent studies show that shorter the breeding season of penguins, greater is the chance of a couple staying together for longer.Albatrosses

albatross pair
These birds love their partners a lot, and fly great distances to come back to them when it is time to mate. Albatrosses usually form lasting and strong bonds, most of which last for decades. Although there are some unfaithful seeds among the lot, these birds are by and large committed to their partners, and wait for them to return from their long and perilous flights for finding food. The level of faithfulness differs among the species, but they mostly do not cheat on each other.Prairie Voles

prairie voles pair
Cute little rodents with strong commitments, humans can actually learn a lot from them. Unlike others of their species, Prairie voles are very monogamous in their relationships. The pair bonds for life, and does everything that a proper couple does. The two build a nest together, raise babies together, distribute work around the nest amongst themselves, and in their spare time, groom and cuddle each other. It can't get more adorable than this.Termites

termites pair
Apart from eating away your precious wooden furniture, termites also find lifelong or exclusive mates. Usually, the queen mates with one male or a few males to create the colony. However, in some species, there is a king and queen, and they pair up exclusively to create the colony. They do not procreate with any other termite and form a lifelong pair.

It is clear from these animals that monogamy exists even in the animal kingdom, and wild animals are just as capable of affection and commitment as humans. Perhaps even more. Maybe it's time to look outside our world and take a few pointers from those we consider as emotionally lesser developed than us.